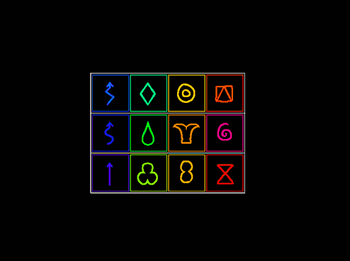 They have used their imagination.

A small group of people who awoke in small rooms with impossible talents and nary a memory. They're working on being at a place that isn't an evil, sentient building. Each of the group names refer to taxons, in which life can be devided. The reason behind this is yet unknown.

The first group introduced, its name referring to the taxon with the same name

The one who clashes thunder's flints 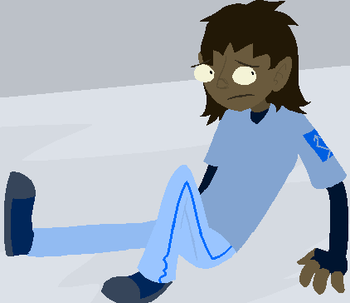 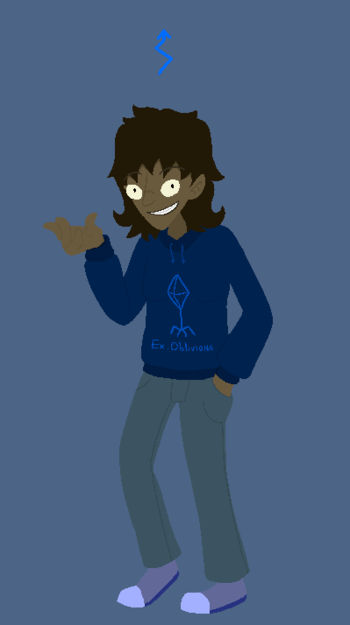 A nice girl in her 20's. Seemingly from the British isles. Sam is highly energetic. She is often the character to come up with new ideas to investigate something. Sam is not a Girly Girl - she displays a more tomboy-like personality. She and Daniel occasionally get into disagreements over small things, usually due to differing opinions. No matter what, Sam will find a way to end the quarrel and have a good laugh with her friends. At her very core, Sam knows what it means to be a true companion and has a heart full of compassion. She is loyal and loves to help others. Sam is persistently optimistic and determined to overcome any obstacle she faces in her time in the Location. Regardless of what role she plays while trying to get out with her friends, she always has a sense of humor. Her power is to create electricity/lightning.

The one who creates destructive things 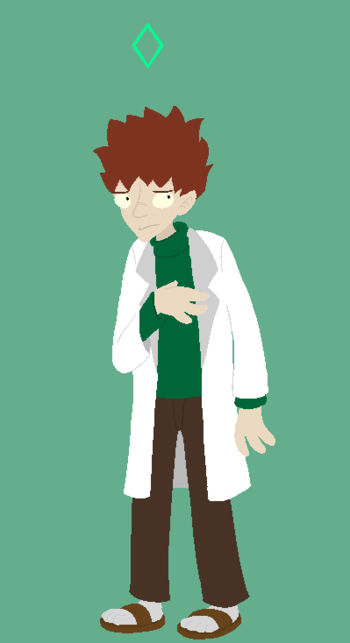 A nice Irish fellow. Worked in a lab, at some point. Spacey but well meaning. Has a habit of saying whatever pops into his head and often jumps to conclusions. His power is to create green, solid things.

The one who knows true control 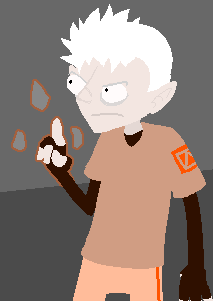 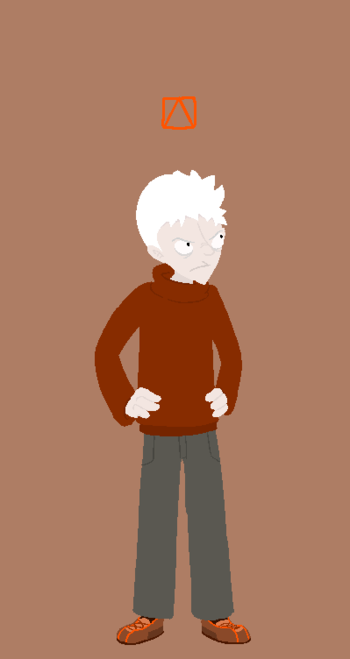 A tightly wound desk jockey from the US of A, Daniel is assertive and likes to be in charge most of the time. He is rational, skeptical, and highly motivated to get his own way. Daniel is normally very opinionated. He is difficult to frighten, a fact he takes pride in. He tended to play a somewhat antagonistic role throughout the first chapter, often acting bossy towards the other characters. In later chapters, his personality becomes bolder and less overbearing. Apparently had worked for the Chiasm Syndicate. His power manifests itself as telekinesis. Also see his tropes under the Motor folder in the Benefactor's League entry.

The one who dies a thousand small deaths 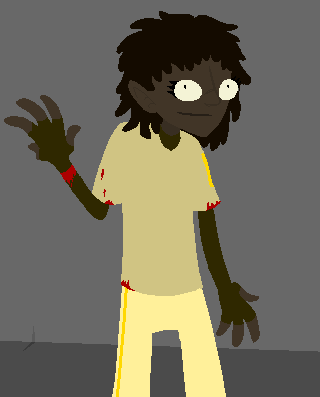 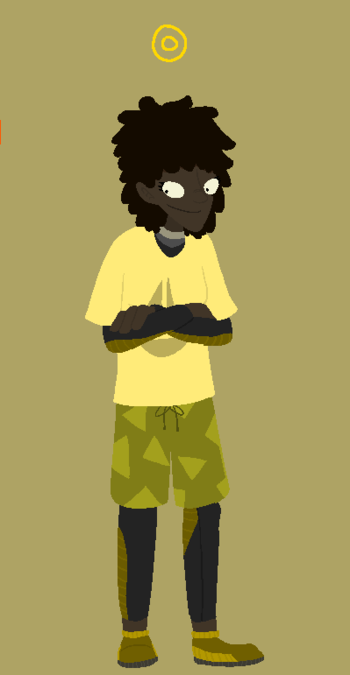 A strong-willed lass from the land down under. Bonnie is a wholehearted girl, and pretty-in-personality kind of girl. She is optimistic, positive, kindhearted and always gets along with others. note  Daniel is a different story... Bonnie is aware of her flaws and embraces them. She likes the people she's with in the Location and they are the most important things in the world to her. She is nice and outgoing, and likes to try out new things. She can sometimes struggle with her quirks but always finds a new perspective of her quirks in the end. She is portrayed as kind and naïve, but her naïvety or naïveté, makes her unaware of danger now and then. Her power is to regenerate from things. Also see her tropes under the Augment folder in the Benefactor's League entry.

The second group introduced, its name referring to the taxon with the same name

The one who changes the progressions 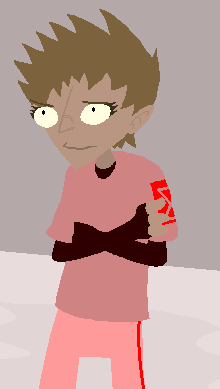 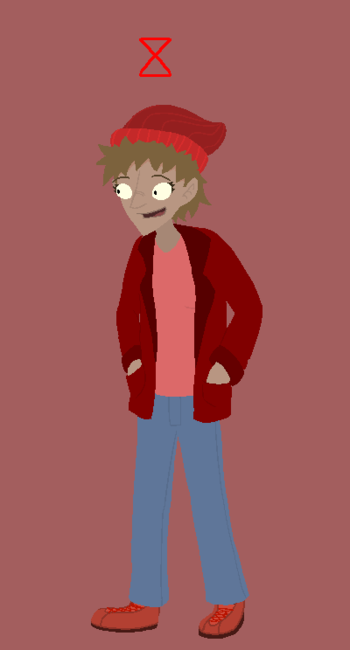 A confused girl from somewhere that isn't Britain. Her power is to manipulate the flow of time on something or someone.

The one who makes a traitor of the flesh 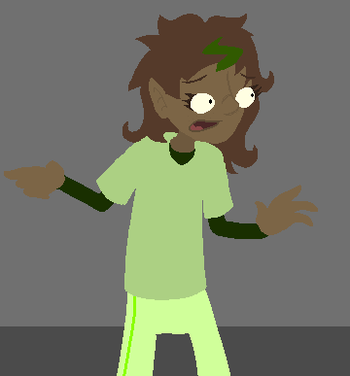 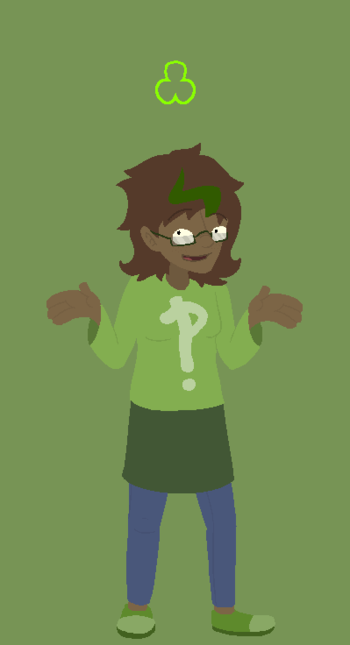 A ladylike Latina with a decidedly unladylike skill. She's loud, forward and may come off a little intimidating, but she's friendly overall. She has a worrying knowledge about radioactivity, which may or may not have to do something with her past life. Clara is confident, laid-back, and easygoing. She often had to work together with Omar due to their powers going together, and their different personalities make them perfect complements to each other, while it may not seem so. While Clara is a quick thinker, Omar likes to take his time (worrying). Clara can get nervous or frightened on occasion, but she is not insecure about her fears. Her power is to create and control (poison) gas.

The one who breaths the stillborn 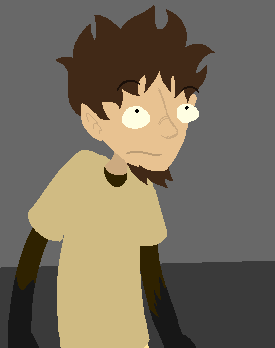 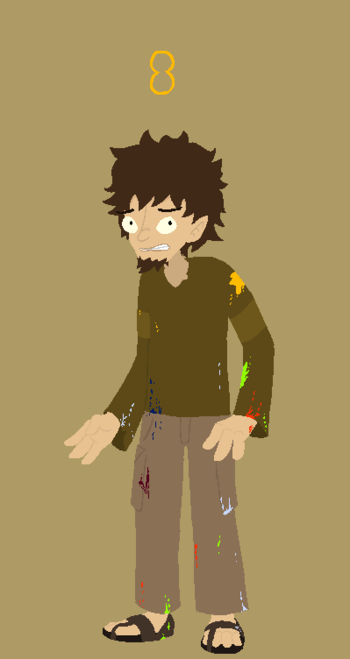 An agreeable enough dude from Italy. Finds himself in a scrap. His power is to create and control ghosts from a part of his soul based on a solitary emotion/trait.

The one who calls the oldest creation 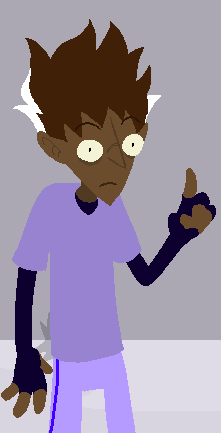 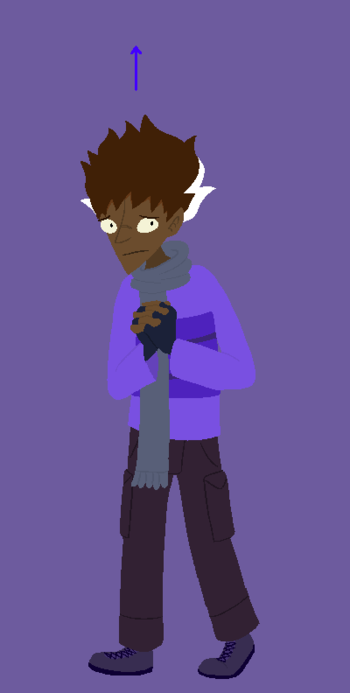 A paranoid, twitchy and altogether neurotic fellow from the Middle East. Omar is a frenetic guy who is more tightly wound than the other Prokaryota. He thinks, speaks, acts and reacts quickly. He may not be the most agile or graceful of the group, but he is rather determined. Omar tended to undergo a "panic attack" in nearly

panel before he was introduced. His tendency to worry continues to be brought up throughout the comic, but he does not panic as frequently in later panels. His power is to create and control fire.

The third group introduced, its name referring to the taxon of the same name

The one who knows true cruelty and joy 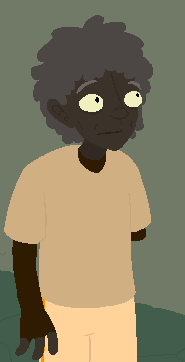 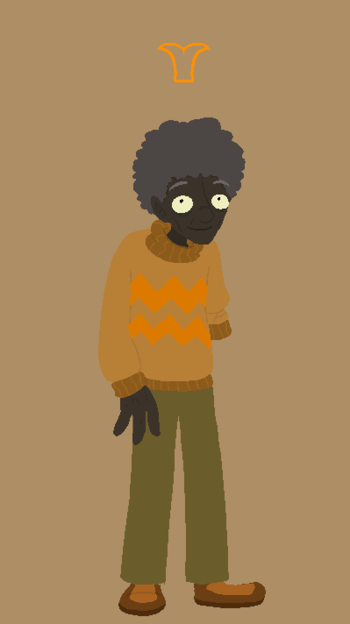 A chill old fellow from South Africa. He was disarmed when he was fourteen. David is somewhat hesitant to express his opinions, and slow to take the lead. When he overcomes his shy feelings, David gets the respect he deserves. He is revealed to be sweet and intelligent as the series progresses. Throughout his time in the Location, he frequently takes the role of a humble servant or faithful assistant, putting his friends' needs ahead of his own and helping them in any way he can. He is not one to ask for recognition, but even so, he receives a lot of love and support from his friends for all that he does for them. His power is to swap things with his thoughts.

The one who takes eyes and ears 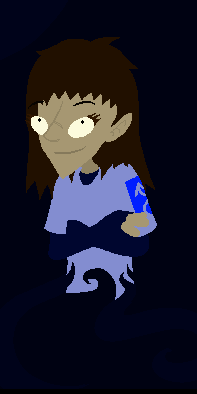 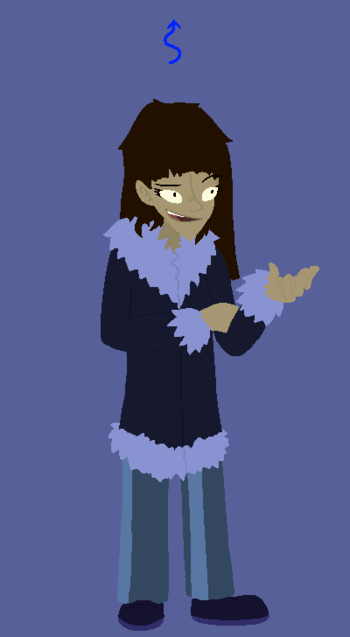 A peppy enough girl from Canada. Quite a lot of her is dinosaur. Her power is to create and control darkness.

The one who burns the substance of the world 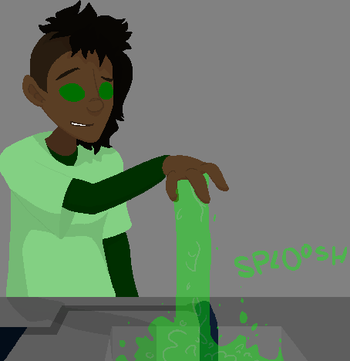 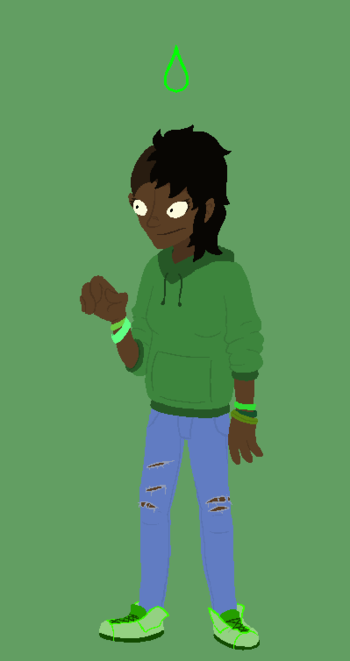 A part-time English teacher. Stoic. Acidic. She makes a creepy impression on others, due to her solid-green eyes and half-shaven hair. They are used to it, for her, however... Her power is to create and control acid.

The one who observes the colors 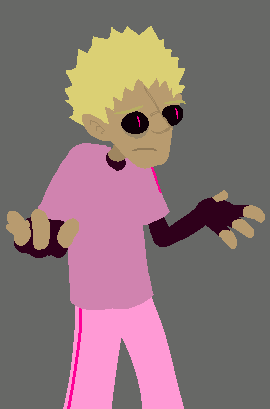 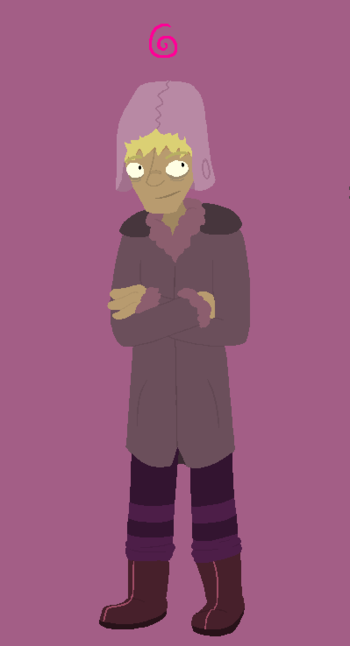 A smug fellow from Norway who can't seem to speak for himself. His power is to control others.