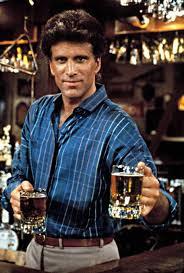 Former relief-pitcher for the Boston Red Sox and also a recovering alcoholic. Sam bought the bar during his alcoholism and kept running it since. He's in love with Diane and can't admit it. 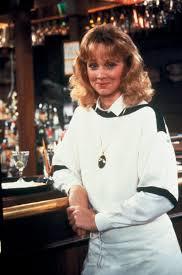 A graduate student whose fiancé dumped her at Cheers the night where they were supposed to be married. Worked as a waitress in Cheers for five seasons. 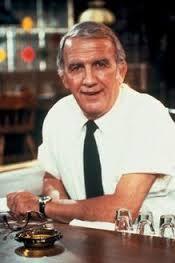 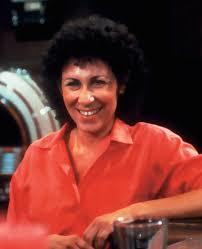 Bitter single-mother working as a rather unfriendly waitress at Cheers. A fan of Sam from his baseball days, but holds a strong resentment towards Diane. 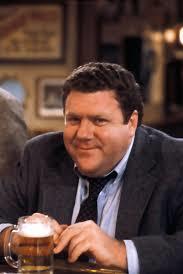 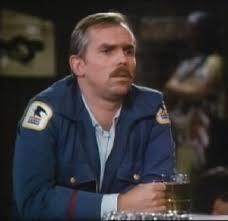 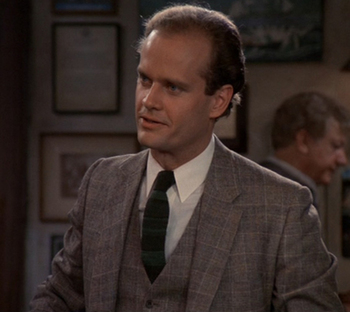 Played by: Kelsey Grammer
"Sam, everyone at this bar is on a connecting flight to “Beyond Loony”."

On Cheers, Dr. Frasier Crane first appeared in the third season as a new love interest for Diane Chambers. Meeting during her time as a patient in a psychiatric institution, they quickly fall in love and within a year head to Europe for their wedding. However, Diane leaves him at the altar and Frasier returns to Boston humiliated and miserable. After a string of dates that go nowhere, Dr. Crane shares one fateful TV appearance alongside one of those previous bad dates Dr. Lilith Sternin, and after seeing her in a new light, begin a romance that lasts the rest of the series, and they start a family together with their son Fredrick. 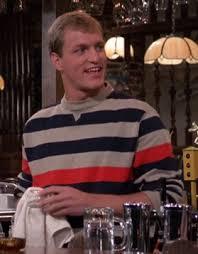 Sam's assistant-bartender after Coach passed away. Born and raised in rural Indiana. 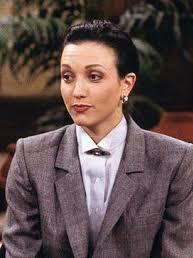 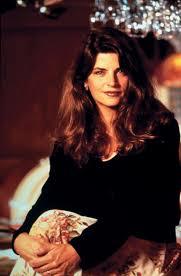 Cheers's manager when Sam sold the bar to a corporation. Aspires to climb up the corporate ladder and/or marry a rich man.

Played by: The Bull and Finch Pub (renamed Cheers Beacon Hill in 2002)

The setting of most every episode of the series, a sports bar on Beacon Street, across from the Boston Common, where everybody knows your name. Owned by Sam Malone for most of the series, except when he sells it to the Lillian Corporation for a couple years in the late 1980s. (He later buys it back for less than $1.)

The proprietor of Gary's Old Town Tavern and a fierce rival of Sam's.

The wannabe Shakespearean actor who did time for murder—and then, for attempted murder of Diane.

Owner of the Lillian corporation for a time. Rebecca's big crush until he left the show.

Extremely pretentious and snobbish fellow who buys Melville's (and, somehow, manages to get possession of part of Cheers for a while). Seems to enjoy making life hard for the staff and patrons of Cheers. Eventually has a passionate (yet belligerent) relationship with Carla.

The Frenchman who accompanies Kelly when she returns to the U.S. Seemingly obsessed with flaunting how much of a womanizer he is. Has his eyes on Kelly until she marries Woody. Obsessed with finding ways out of having to work...and into women's beds. 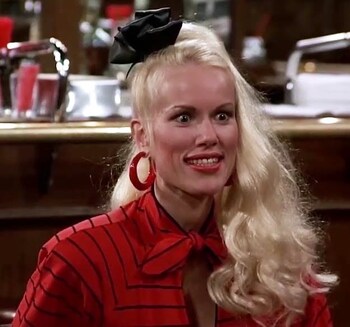 Nick's trophy wife, who is basically the exact opposite of Carla in just about every single way. 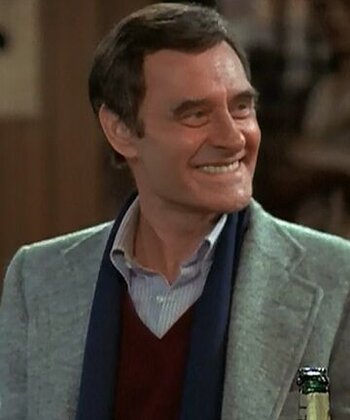 Carla's unruly children. On one occasion she compared them to The Brady Bunch with knives.