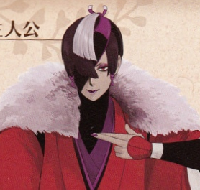 Voiced by: Fuyuka Oura (as a child), Takehito Koyasu (as an adult)
One of the Kagachi-jin from Masinowa. He was born in the poor village of Jakotsu and is the founder and leader of Sazaragi. 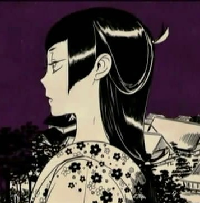 Voiced by: Noriko Kiwashima
A beautiful girl who lives in a plantation across the bridge from Gijiri's village. Gijiri falls in love with her.
Ame no Uzume
An ancient oracle who essentially founded the current Yamaji-jin religion.

Hare no Itoyo
The Yamaji oracle who started the practice of segregating the Kagachi-jin. 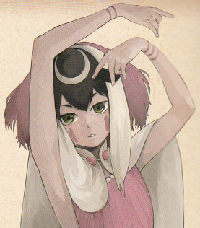 Voiced by: Kana Hanazawa
The oldest of the ten Star Children, living on the island of Turii. She later reawakens as A'milia.