The Centurions and their allies

The Centurions as a group

A futuristic fighting force who use Exo-Frames and Assault Weapon Systems to battle Doc Terror, and occasionally other villains who are equally powerful. There are three of them (Max, Jake and Ace) at the beginning of the series; two more (Rex and John) join the team in later episodes. 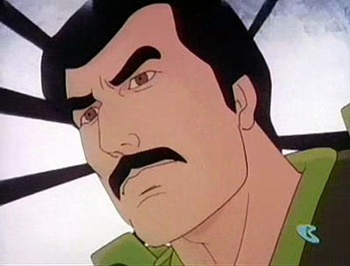 The most scientifically-oriented of the original trio, the level-headed Max is a calming influence on his more impetuous teammates. When he suits up and takes to the water, Doc Terror is sunk. 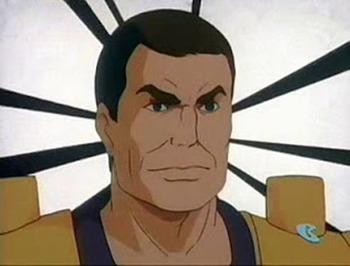 A futuristic cowboy who prefers straightforward attacks to stealth or guile. He always brings Doc Terror's robots to ground. 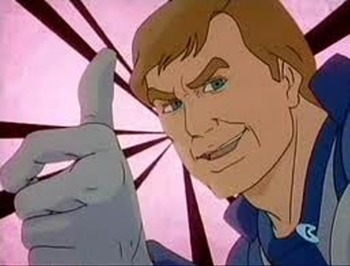 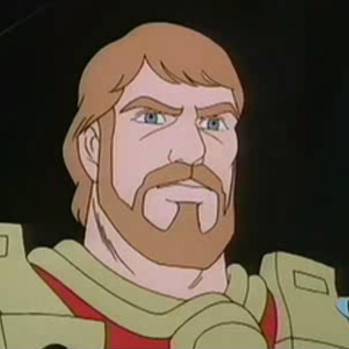 The brightest member of the Centurions — literally, since his Exo-Frame glows in the dark. Also, he's a scientist who specializes in energy studies, and his Assault Weapon Systems are even more advanced than the ones his teammates use. He's always ready to turn the lights out on Doc Terror. 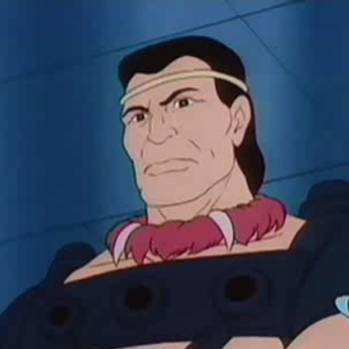 An enigmatic Centurion whose area of expertise is sneak attacks and infiltration. Terror will never know what hit him. 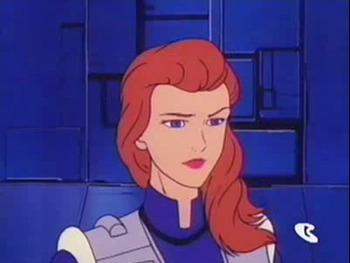 The Centurions' Mission Control. She spends most of her time on the space station Skyvault, where she supervises the team's activities and beams down the Assault Weapon Systems.

Shadow and Lucy, the Centurions' Pets 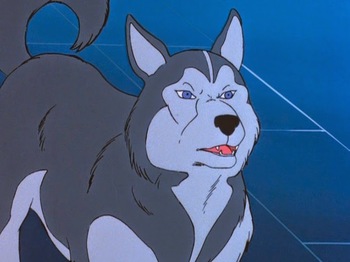 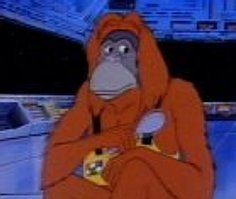 The Centurions have two animal friends to keep them company and occasionally help (or hinder) their efforts to stop Doc Terror. Shadow is a Malamute dog whose primary caretaker is Jake. Lucy is an orangutan who hangs out on Skyvault with Crystal. 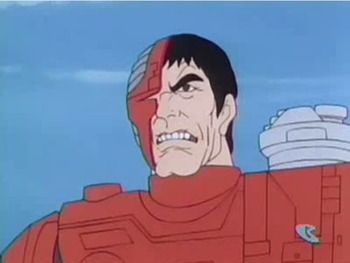 The series' major villain, a cyborg Mad Scientist whose ultimate goal is to turn all humanity (and the occasional animal) into cyborgs under his control. He's convinced a few desperate criminals to do so voluntarily, but most people aren't interested. Therefore, Terror intends to convert us all by force — which is why the Centurions are constantly fighting his Evil Plans. 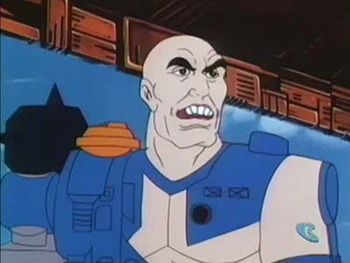 Hacker was an ignorant small-time crook who became the subject of Doc Terror's first cyborg experiment. Rewarded with incredible strength, he was soon pressed into service as Terror's enforcer. 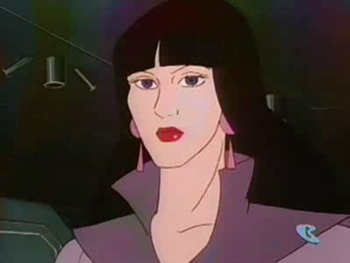 Amber is a professional "sting" artist who has a contentious relationship with her father.