CBS's first installement of Celebrity Big Brother, set to premiere on February 7, 2018 and wrap on February 25, 2018. The participating celebrities were revealed on January 28th during the commercials of the 60th Annual Grammy Awards. It will host a smaller run and scope than previous Big Brother productions as a pilot project (and most celebrities could not commit to anything beyond three weeks) and in the midst of the normal setup's twentieth season later in July during the summer. Originally set to premiere with five male and five female celebrities, a surprise eleventh addition added a twist. Like Over the Top, the reduced length run sees a $250,000 grand prize offered instead of the usual half million. 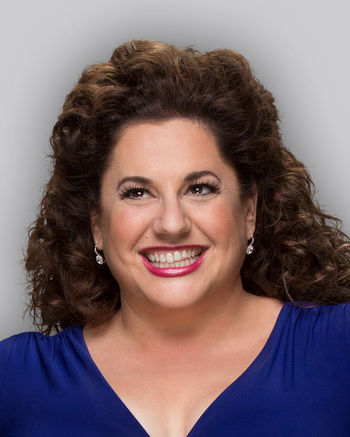 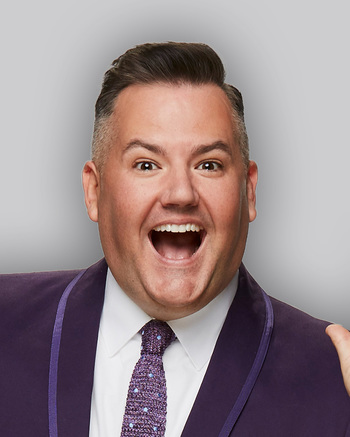 Hometown: Mt. Vernon, Washington
Current Residence: Los Angeles/Palm Springs, California
Date of Birth: September 24, 1979
Age: 38
Occupation: TV host, judge, and personality
Number Of HOH Wins: 2 note (Day 11, won "Bowlerina")
Number Of POV Wins: 3 (2 Golden POV, 1 VIP Veto)note Special Power of Veto voted for by America that allows the holder to remove another person from the eviction block after normal use; Ross saved himself with the Veto but abstained from using the secondary power because it was too risky with Omarosa in charge of the nominations- though he still appreciated America's help)
Number Of Times Nominated: 2 note (Day 17, by Omarosa, as a primary target for nominating her earlier)
Punishments Taken: Slop for 48 hours note Punishment on Days 17-18 for being one of the first of three people (#2) to drop in "Courtside Seats".
Jury Votes: 3 out of 9.
Prizes Won: America's Favorite ($25,000) and Runner Up Prize ($50,000)
Finished: 2nd Place [RUNNER-UP] 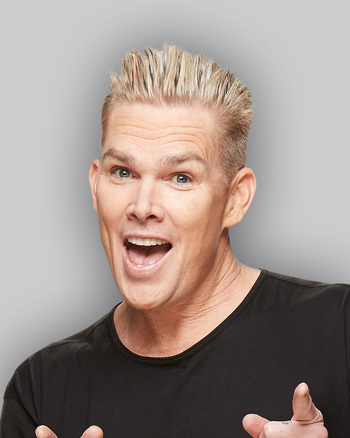 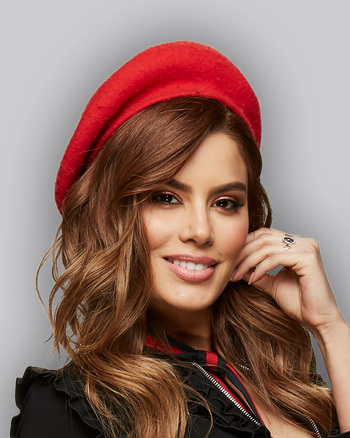 Hometown: Born in Sincelejo, Colombia but raised in Barranquilla, Colombia
Current Residence: Miami, Florida
Date of Birth: December 25th, 1993
Age: 24
Occupation: Actress, TV host, model
Number Of HOH Wins: 1 note (Day 13; won "BB Celebrity Voyages")
Number Of POV Wins: 1
Number Of Times Nominated: 0
Punishments Taken: Big Brotox Treatment note (For placing last in "The Four Sneezons Spiritual Spa", she and James are made to look "younger than ever before" and forced to dress as babies and crawl around on their hands and knees for 48 hours, and every time the sound of a baby crying plays, they have to stop whatever they're doing and sip from their baby bottles.)
Finished: Joint 4th Place [Evicted 7th verbally- chose to be 8TH JUROR]
Omarosa Manigault Newman (Juror #7) 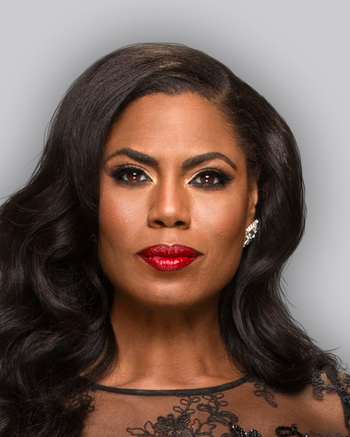 Hometown: Youngstown, Ohio
Current Residence: Jacksonville, Florida
Date of Birth: February 5, 1974
Age: 43 (turns 44 in the house)
Occupation: Television personality, former White House political aide
Number Of HOH Wins: 2 note (Day 17, won "Courtside Seats")
Number Of POV Wins: 0
Number Of Times Nominated: 1 note (Day 11, by Ross, targeted by everyone except Keshia and Metta)
Number Of Times As Have-Not: 0
Prizes Won: Sexiest Celebrity Not On The Eviction Block Award note Wins safety during first HOH nominations for standing on the star marked "5" in a random draw before "Award Squeezin'" and having her number picked, though she is not allowed to compete in the following HOH competition; the twist is used to balance out the unforeseen 11 houseguests into 10 for the corresponding HOH Competition designed to accommodate only 10 competitors.
Finished: 5th Place [7TH JUROR] 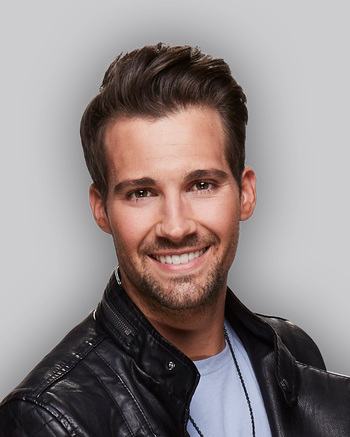 Hometown: San Diego, California
Current Residence: Venice, California
Date of Birth: July 16, 1990
Age: 27
Occupation: Actor/musician
Number Of HOH Wins: 0
Number Of POV Wins: 1 note (Day 15- won "Dining in the Dark", vetoed himself on Day 16)
Number Of Times Nominated: 3 note (Day 5, by Keshia, targeted by Keshia; Day 14, by Ariadna, targeted by Ariadna, Brandi, Marissa, and Ross- vetoed himself off the chopping block on Day 16; Day 23, Replacement Nominee, by Omarosa, targeted by Ariadna, Marissa, Ross, and Omarosa)
Number Of Times As Have-Not: 0
Punishments Taken: Big Brotox Treatment note (For placing last in "The Four Sneezons Spiritual Spa", he and Ariadna are made to look "younger than ever before" and forced to dress as babies and crawl around on their hands and knees for 48 hours, and every time the sound of a baby crying plays, they have to stop whatever they're doing and sip from their baby bottles.)
Finished: 6th Place [6TH JUROR]
Jury Vote: Marissa
Brandi Lynn Glanville (Juror #5) 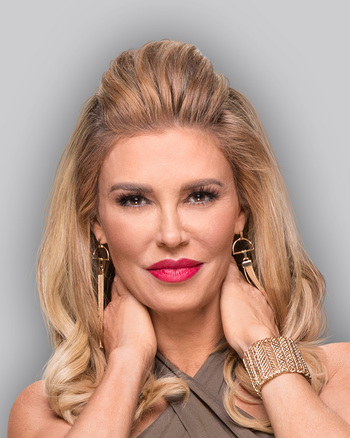 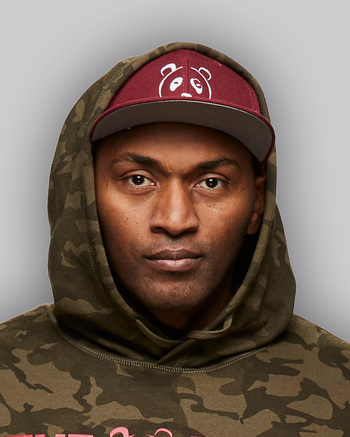 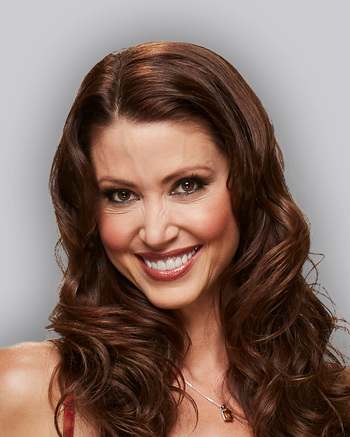 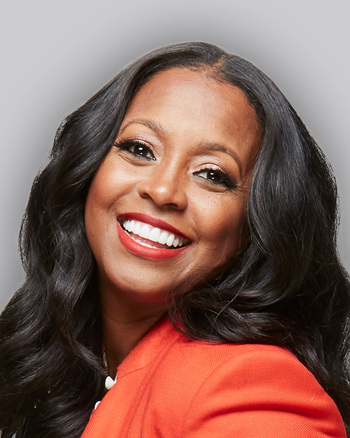 Hometown: Newark, New Jersey
Current Residence: Atlanta, Georgia
Date of Birth: April 9, 1979
Age: 38
Occupation: Actress and entrepreneur
Number Of HOH Wins: 1 note (Day 5, using the Recast Twist to steal the HOH reign from Shannon and power to nominate two houseguests)
Number Of POV Wins: 0
Number Of Times Nominated: 1 note (Day 11, by Ross, targeted by Ross, Shannon, Ariadna, and Brandi; though Shannon was a backdoor target, Keshia later demanded her own eviction to transpire due to a motherhood emergency.)
Number Of Times As Have-Not: 0
Prizes Won: Recast note Keshia has her orange chip selected in a random draw prompted due to multiple houseguests invoking the right to open their gift bags (which either contain the power to Recast the Head of Household or contain a gift that is either good or bad, and is lucky enough to get the Recast right off the bat, thereby cancelling incumbent HOH Shannon's reign before she can announce her nominations, which will remain unrevealed, and allowing Keshia to nominate hers in her place- and abruptly ending the Gift Bag twist immediately afterward)
Finished: 10th Place [2ND JUROR]
Evicted: 7-0 VS. OMAROSA note Unanimous vote, save Ross, who did not vote, brought about because the house sympathized with Keshia's plea to go home to her daughter.
HOH Evicted Under: ROSS (Day 13)
Charles "Chuck" David Liddell AKA The Iceman (Juror #1) 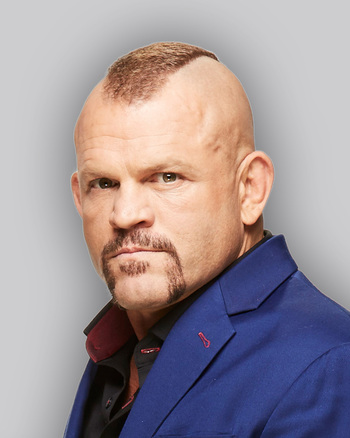