The characters of Cartoon Monsoon; for this page, it lists the villains found in all of the miniseries. 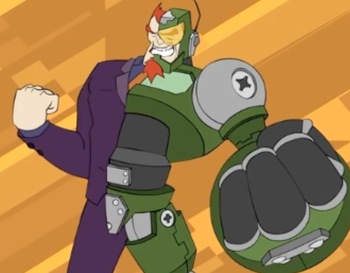 "It's time to put the call of an old and very mean friend. And I'm not even talking about my mother in law."
Voiced By: Jeff Wallace
"I'm going to hit you so hard, your voice actor will feel it!"

Heinrich Strack is the owner of Strack Co. He has made various appliances and three cell phones. His first two phones were stolen but Mr. Strack uses his third phone to become Destructo Man. 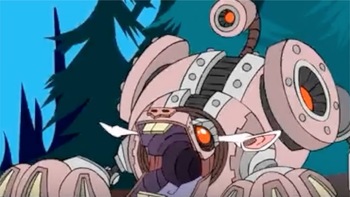 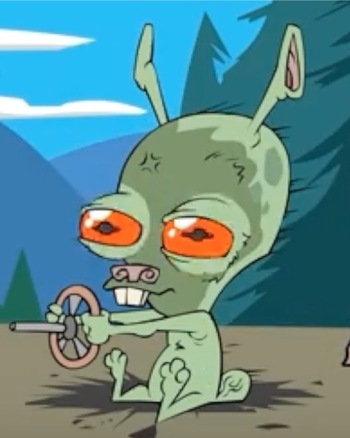 "Relinquish the planet Earth, or be annihilated, human child."
Voiced By: Unknown

The Rabbit Alien is the corrupt leader of his home planet. He arrived on Earth to kill Go Go Moba Boy.

Voiced By: Tom Kenny
The Sandman

A bug recruited by the Sandman to wet everyone's beds.