The primary group of characters, and the protagonists of Cardians: Rural. They are the ones who interact with Carlsville, and whose missions as part of the Cardians Syndicate form the plot. 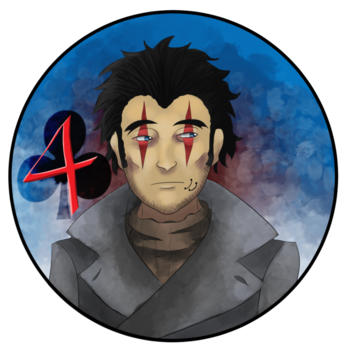 "Let me tell you a thing or two about revenge..."

Kidnapped by the mercenary group Bloodmoon at age 6, Tomoe found himself pulled into the world of murder-for-hire, and forced to adapt. Nine years ago, the Bloodmoon camp was destroyed and everyone in the team, including Tomoe's mentor, killed, save for Tomoe himself. Ever since, he has wandered the earth, searching for whoever might be responsible for the massacre of his team. Until he walks into Carlsville, Wisconsin, and encounters another drifter, who turns out to be a vampire. Tomoe is bitten, and some of his blood is drank, later that night, and after a run-in with the Rural division's Ace of Clubs, finds himself pulled into working for the organisation too. 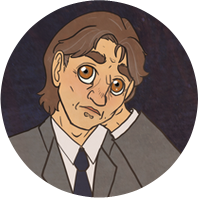 A salary man and loving father, Richard Henderson found his peaceful life shattered after a camping trip resulted in his eldest son and wife going missing, and he and his youngest son attacked by mimics. With some help from a member of the Cardians, the remaining Hendersons escaped with their lives. Now, he works for the syndicate, while balancing time to look after his son and look into the disappearances of his wife and eldest son. 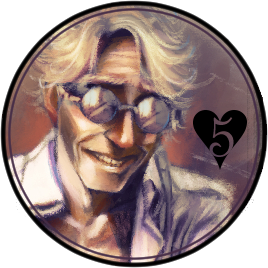 Having grown up in an unstable home environment, with little food available to him, Guy Lemons was drawn to how dead things worked... and tasted. He became a medical examiner, working with health authorities and the police alike, depending on the nature of the body. One fateful night, however, a wendigo attacked him in his home, but he successfully escaped... by somehow suddenly driving into a state several hundred miles away with no similar way back. He now works under the Cardians in Carlsville, who recruited him after they discovered what had happened. 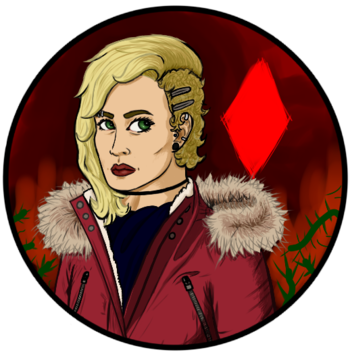 "You were right: we can't save everyone. But that doesn't mean we shouldn't try."

A young med student currently on compassionate leave from her studies, after a botched surgical close-up resulted in the death of the patient, Natalie worked in a bar six nights a week to sustain herself, and to save money to get a good lawyer after the now-dead patient's family decided to sue her. An encounter with a seemingly abandoned baby in her university library and her subsequent rescue by the Cardians, however, has meant that for the moment, all that must be put on hold. 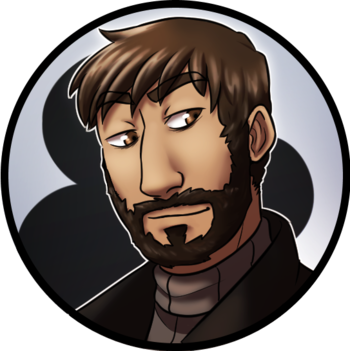 After growing up believing his father to be a heroic soldier against the monsters that lurk in the darkness of the world (despite evidence to suggest he was merely a common criminal), Sal came to subscribe to more or less every supernatural-related belief you could think of. Working as a fry cook at a local fast food outlet, and researching the paranormal in his spare time, he thinks himself ready to face the terrors that lurk in the night, which is put to the test, when he and a friend join up with a ghost hunting crew to investigate a house in their area. Then everything starts going wrong, people start dying, and Sal finds himself in the care of the Cardians. 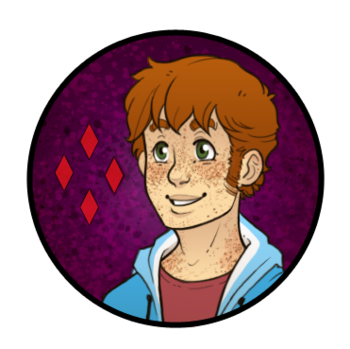 A young baker with a happy soul and a cheery disposition, Theo previously lived with his best friend, Able Makani, and several others in a large apartment. One night, he had a lucid dream about a strange world of mirrors. Things got weirder from there, culminating in Theo having to escape from a mirror world after a doppelganger somehow swapped places with him. He now works for the syndicate after his life was turned upside down. 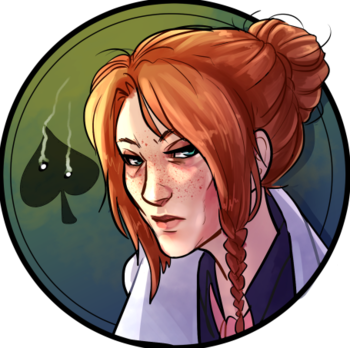 Introduced partway through Season 2, River Hathaway is a seven-foot-tall biological scientific researcher with a penchant for self-sufficiency and hunting. In her former life, she was the secluded heiress of the Hathaway fortune, living alone in the Canadian wilderness studying the local wildlife, using her own private laboratory. Her hope was to discover something that would make her famous, or ensure that her name endured in the scientific community, following a few years of suffering from breast cancer in her twenties; she is conscious of her own mortality. A change came in the form of a Hedge portal, which, unknown to River, appeared close to her home, and pixies began to infest trees and wildlife. Add to this a mysterious rich explorer, revealed to be a high-ranking member of the elite Cardians division Dead Man's Hand, increase the hallucinogenic influence of the pixies, and you have a recipe for a life that will never be the same again.