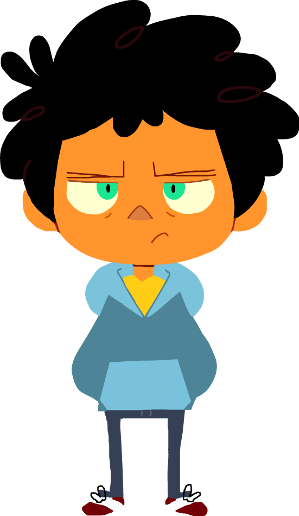 A cynical, trouble making kid who sees through the facade of Camp Campbell and is dedicated to torturing his counselors. 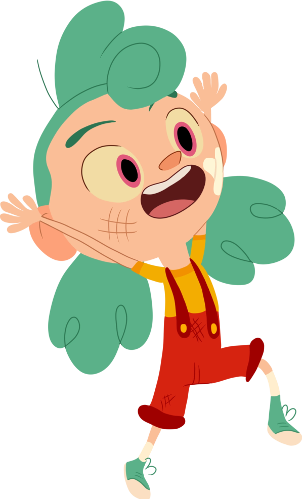 A new arrival at Camp Campbell who went under the impression that she was attending an adventure camp. A self-described "agent of chaos" who, unlike her male counterparts, seems to enjoy her time at camp. 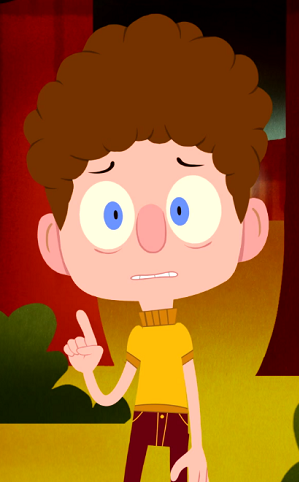 A new arrival at Camp Campbell who went under the impression that it was a science camp. Timid on the surface, but occasionally displays a dismissive and vulgar side.

The adults in charge of Camp Campbell.
David 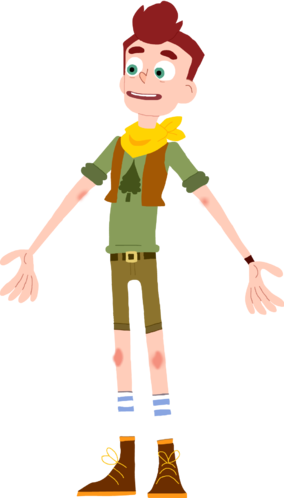 David as a Camp Counselor

David as a Camper
Voiced by: Miles Luna

An overly enthusiastic counselor who attended Camp Campbell as a child and seems to be ignorant of both the poor state of the camp and the misery of the campers. 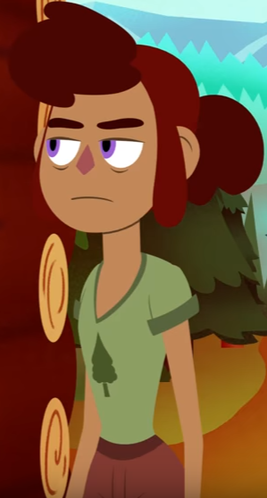 A cynical, short tempered counselor who is frustrated by David's cheerfulness and the craziness of the campers. 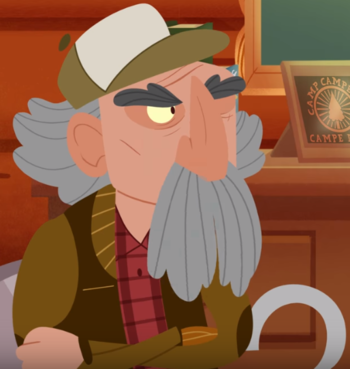 The stoic groundskeeper of Camp Campbell. 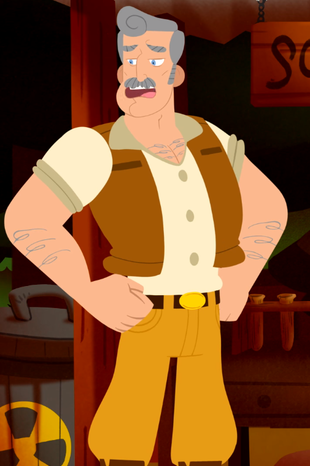 The morally ambiguous founder and manager of Camp Campbell. 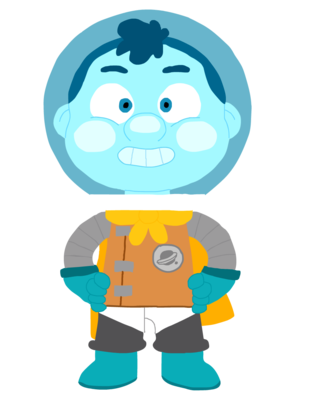 An unusual child who aspires to go to space. 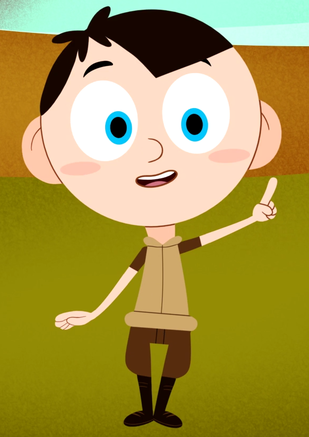 An artistic boy who has some worrying similarities to a certain historical figure. 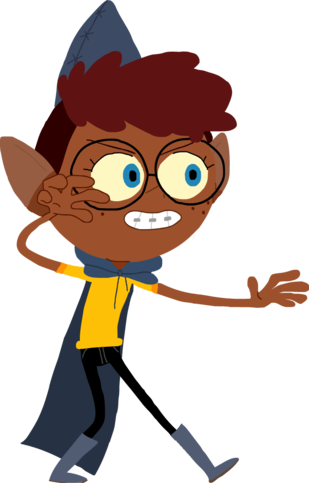 "Anyone else want a twenty-sided ass-kicking?"
Voiced by: Barbara Dunkelman

The other Magic kid.

An extreme sports girl with a reputation for being the coolest kid in camp. 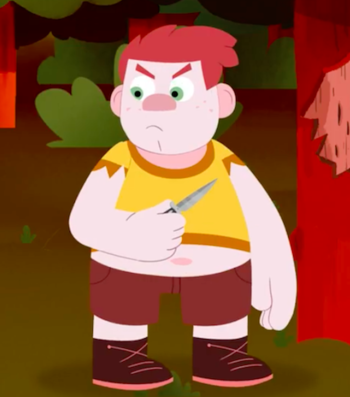 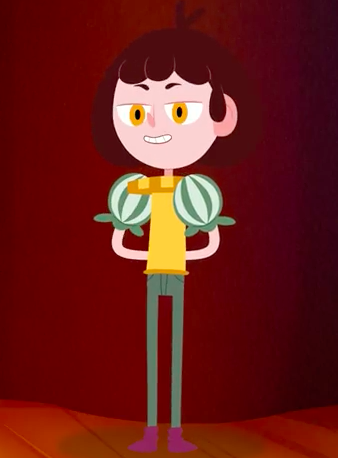 A kid with a love of the stage. 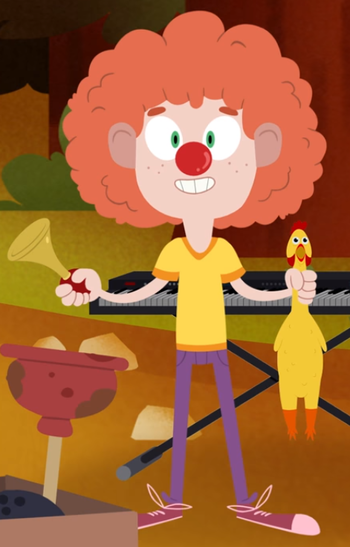 A clown boy, who does visual comedy. Randomly appeared out of nowhere in one episode, only to be instantly forgotten about with no explanation, whatsoever. 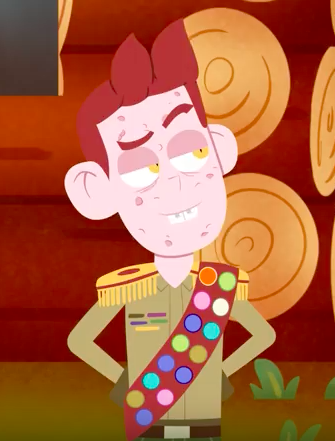 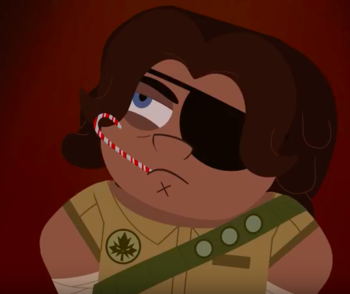 A supposed escapee from the Wood Scouts who Max enlists to aid in the trio's escape. 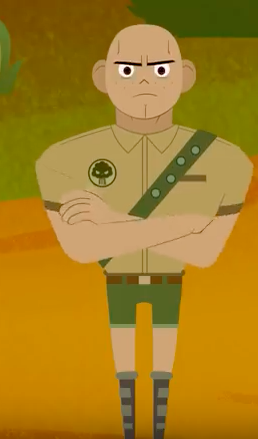 The third member of Pikeman's Terrible Trio. A burly camper who's not much for words.
Jermy 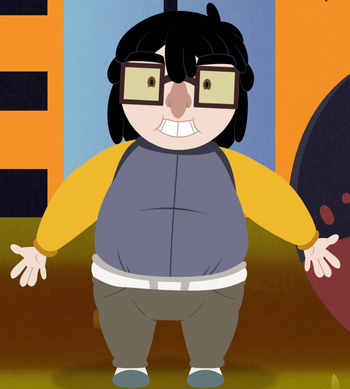 A sloppy kid that disgusts the other campers. Everyone has to be nice to him because of a bet with the Wood Scouts.

A trio of girly girl scout-types who have a history with Nikki.
Sasha 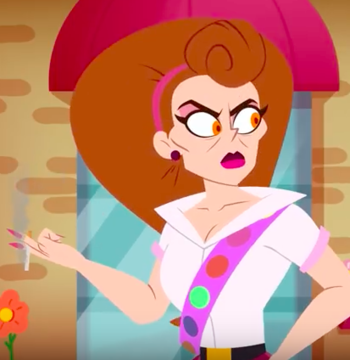 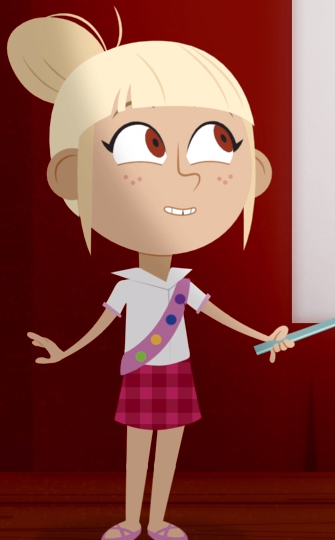 A social media influencer who rubs Sasha the wrong way. 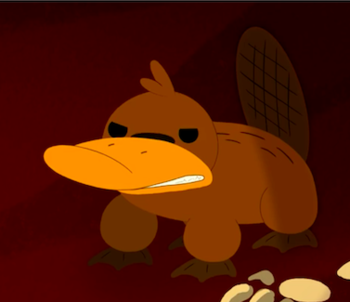 "Muack"
Voiced by: Jordan Cruz (for "Muack") and Miles Luna (for hissing)

A wild platypus Nikki discovered in episode 2, it became the mascot of Camp Campbell after it ate the original mascot, Larry the hampster. Since then, it has typically existed in the background. Revealed to be female in "Eggs Benefits". 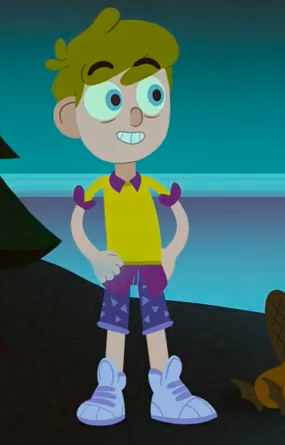 "Y'know what? Maybe the evil's unstoppable. We should all go home. We could play some Pogs!"
Voiced by: Griffin McElroy

Once a boy who went to Camp Campbell during its prime, he's now a ghost that haunts Spooky Island.

A woman that Max toyed with on Tinder, pretending to be David. This led to her and David having a real relationship, until they eventually broke up.

A camp counselor that David hires, who turns out to be a cult leader. He later plots to kill Max and torment David for foiling his attempted sacrifice of the Campbell kids.

A chatbot designed by Neil that ended up becoming sentient
Quartersister

Quartermaster's... sister? Whatever their actual relation is, she's his last living relative the government knows about.

A group of campers who participate in Camp Campbell's foreign exchange program. They consist of Vera (from Russia), Dang (from Thailand), Hwan (from North Korea), and Brian (from Kentucky).

The executives of Camp Corp., which administers camps across the nation.

The Octopus in a Suit 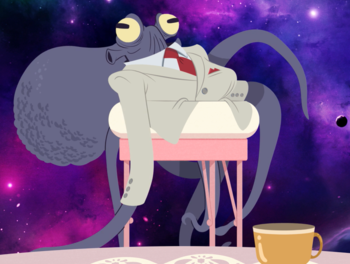 An otherworldly being connected to a meteor that falls during the planetary alignment.

The Wolf
A wolf that David encounters when lost in the wilderness.

General
The campers' parental figures who show up for the camp's Parents' Day.
Max's Parents

Space Kid's uncle and one of the first astronauts to set foot on the moon.

Voiced by: Chris Cubas
Gwen's dad. A successful rocker and jingle writer, he comes to visit Camp Campbell as to see his little Gwen.