Voiced by: Tim Allen (The Adventure Begins), Patrick Warburton (in all other episodes)note Warburton's dialogue in the movie was redubbed by Allen when released to video 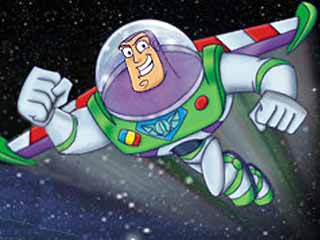 Buzz Lightyear is the hero of the Galactic Alliance, recipient of just about every known award for heroics, and greatest defender of the galaxy. A seasoned veteran, he knows how to handle most any situation, though sometimes his paranoia and ego can drive people around him a little nuts. But thanks to his smarts, he'll pull through anything the galaxy throws at him and his team. 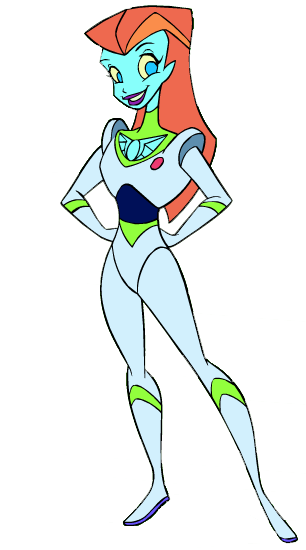 Heir to the Tangean throne, Mira grew up under an overprotective and formal system of rule, save for a fling she had in her youth. That all changed when Buzz Lightyear saved her family from enslavement to Zurg. Inspired by him, she joined Star Command as a space ranger, quickly distinguishing herself among the rookies and being Commander Nebula's first pick for Buzz's replacement partner. Though Buzz took a few more partners than just her, she's still a strong and versatile ranger ready to tackle any challenge.

Booster was once a humble farmer until the day Zurg invaded his home. Buzz Lightyear swooped in to help, and together they saved the day. Joining the janitorial staff, and studying to become a full space ranger, the Unimind crisis eventually gave Booster his lifelong dream of being a space ranger right alongside Buzz. While not the brightest or the swiftest, his heart and strength make him a formidable foe for any enemy of Star Command.

Voiced by: Larry Miller or Neil Flynn, depending on the episode 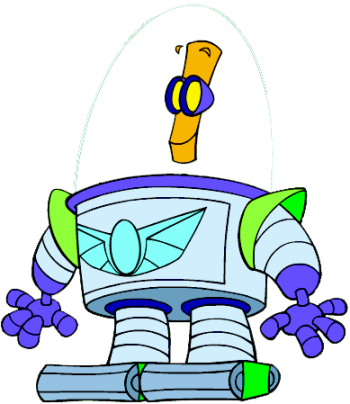 The eXperimental Ranger, XR is a robot created by the LGMs to serve as Buzz's new partner, since as a robot, he'd be able to be fixed if anything bad happened to him. During his first field mission, he was obliterated by Agent Z, and due to the Unimind's theft, when the LGMs fixed him, there were a few... quirks in his new programming. Nonetheless, he remained committed to his original goal of being a space ranger, and was eventually taken on as part of Team Lightyear. 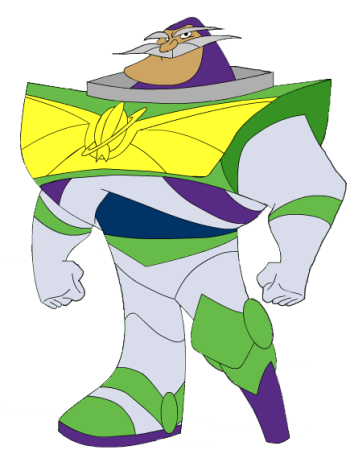 The founder and commanding officer of Star Command. 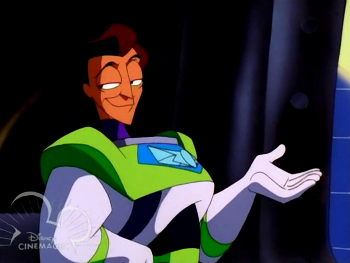 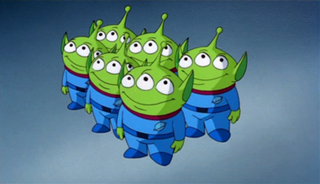 Diminutive green-skinned aliens that staff Star Command, being the engineers and gadgeteer responsible for the technology of the Space Rangers.
Advertisement:
42

The AI to Team Lightyear's starship that was given sentience as a result of an encounter between Team Lightyear and the Valkyran Raiders. XR develops a crush on her. 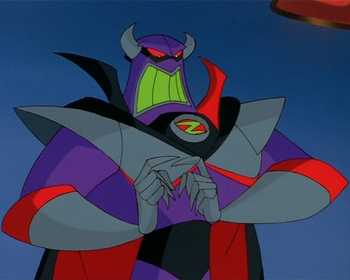 A self-proclaimed evil emperor, master of a whole empire centered around Planet Z. He dreams of conquering the whole galaxy, but Buzz Lightyear has thwarted his plans many times and the two have become archnemeses.Tropes associated with Zurg:
Warp Darkmatter 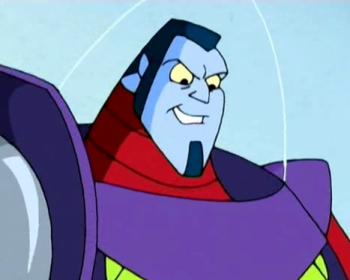 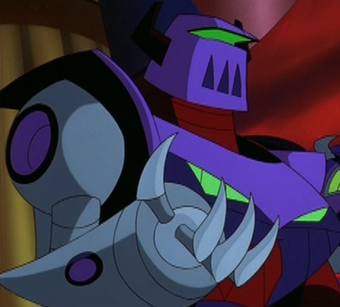 Warp Darkmatter, also known as Agent Z, was Buzz Lightyear's partner as a space ranger. However, he was also secretly a mole that was bribed by Zurg into working for him and he's become one of Zurg's top enforcers.
NOS-4-A2 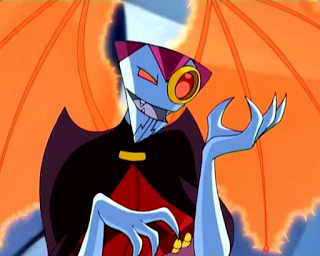 A vampire-themed Killer Robot built by Emperor Zurg to destroy Star Command, NOS-4-A2 is designed to prey on other machines, draining their energy for his own use and taking control over them. Unfortunately for Zurg, he proved too ambitious and went rogue. 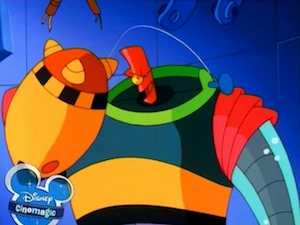 The LGMs' first attempt at the Experimental Ranger program was a dismal failure, because the resultant robot went insane and started firing at random upon activation. Deactivated, the robot was placed in secure storage and all information on its creation was sealed away. After the formation of Team Lightyear, Emperor Zurg found out about the scrapped prototype and reactivated it. XL promptly went on a crime spree, stealing the most powerful robot components he could acquire in order to build a better body with which to take revenge on Star Command and, especially, his "little brother", XR. 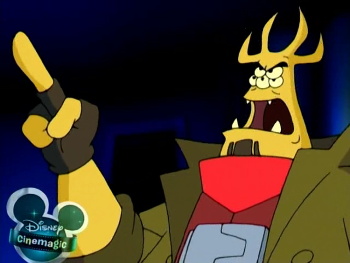 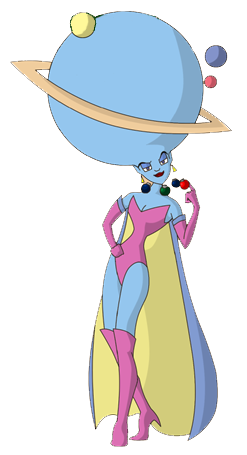 The CEO of Comp U Klerm, who though not quite a villain is still a danger to Star Command.

The President of the Galactic Alliance

The President of the Galactic Alliance

Voiced by: Roz Ryan
A two-mouthed female alien and the duly-elected leader of the free universe.
Crumford Lorak

Voiced by: Jon Favreau
A sleazy resident of Tradeworld that Team Lightyear sometimes goes to for information.
Dr. Ozma Furbanna

Voiced by: Paul Rugg
The proprietor of the diner that Team Lightyear frequents.
Sally

Cosmo's cute alien waitress that works at his diner.

A courier who has the uncanny ability to track down Buzz Lightyear and deliver his packages to him.

Ruler of Tangea, and Mira's father. It was under his rule that Tangea finally joined the Galactic Alliance, though not without grumbling from many - including King Nova, who was uninterested in affairs beyond his homeworld until Zurg attacked the planet.

A news anchor who occasionally appears. 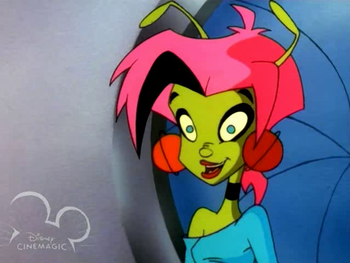