Despite initially developed as a prequel to the previous movies, with Bumblebee, Hasbro began what they referred to as a 'new storytelling universe', confirming the film's status as a reboot. As such, characters from the movie are now here. As Bumblebee featured several returning characters but in vastly different, more G1-inspired appearances, the Bumblebee version of these characters are now considered separate entities.

The 'good guys' in the civil war of Cybertron, the Autobots are a band of freedom fighters on the losing side who are forced to abandon their home planet to seek refuge in the stars.
In General
Bumblebee 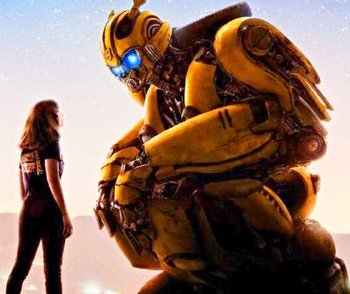 The Hero of the movie, Bumblebee, or B-127 as he was initially called, is an Autobot soldier sent to seek out a new home for the Autobots so they can regroup and retake their planet. In 1987, he arrives on Earth, but is followed there by the Decepticon Blitzwing who then proceeds to viciously attack and nearly kill him, forcing him to hide as a Volkswagen Beetle. Discovered by Charlie Watson, he's accidentally revived, but without any memory of who he is, and is terrified and confused by everything around him. Fortunately, Charlie befriends the lost Autobot, naming him "Bumblebee" after his yellow paint job, timid nature, and buzzing noises. 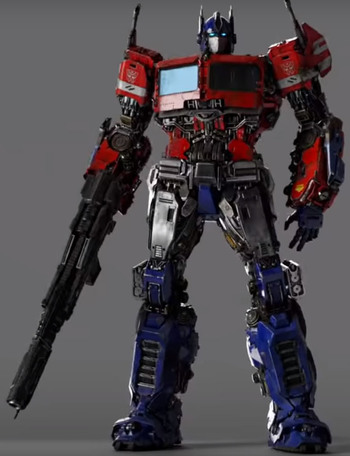 "You must protect this planet; if the Decepticons find earth, then our people are truly finished."
Voiced by: Peter Cullen

The Big Good of the film and The Leader of the Autobot Resistance, Optimus Prime is the one to send Bumblebee to earth, while holding off the Decepticon forces as long as he can so that the Autobots can escape. He survives the fall of Cybertron but his location was unknown, forcing the Decepticons to hunt down every Autobot they could find to force them to give him up. None of them give in.

A lieutenant of the Autobot Resistance who's quickly hunted down by Shatter and Dropkick after escaping Cybertron.

An Autobot soldier who escapes Cybertron. The only female Autobot in the movie.

An Autobot soldier who escapes Cybertron. He is traditionally a medic, but doesn't have much of a chance to demonstrate his skills.

The primary antagonists and 'bad guys' in the civil war for Cybertron, the Decepticons are a ruthless military force that forced the Autobots to flee Cybertron, and won't stop until they've hunted each one down and permanently destroyed what's left.
In General
Shatter 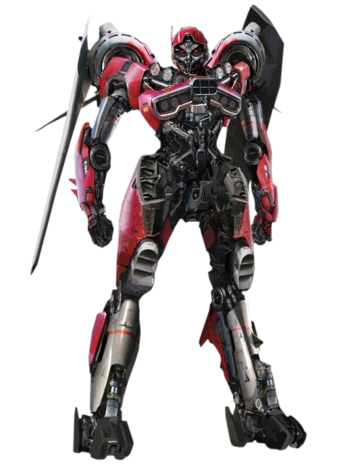 "There's a war raging on our planet. If B-127 isn't found, that war may find its way here."
Voiced by: Angela Bassett

A Decepticon triple-changer who's searching for Bumblebee on Earth with her cohort, Dropkick. 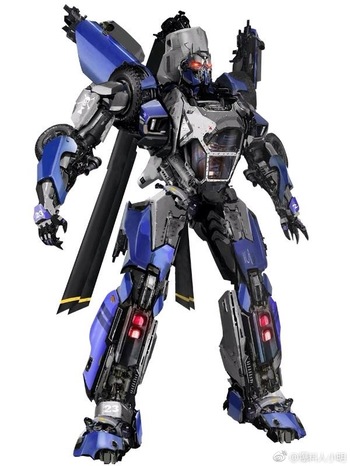 A Decepticon triple-changer who's hunting Bumblebee on Earth alongside his cohort, Shatter. 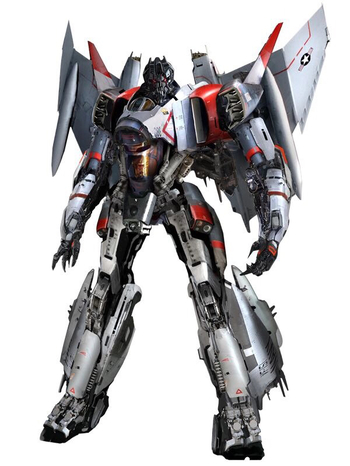 "Did you think you could hide?!"
Voiced by: David Sobolov

Soundwave's panther-like cassette minion. His best quality that most Decepticons lack is speed.

The leader of the Decepticons.

The people of Earth, unaffiliated with the Cybertronians until Bumblebee arrives in 1987, looking for refuge.
In General 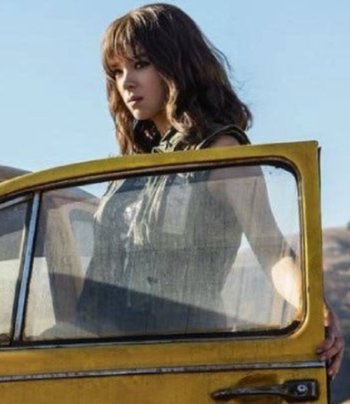 "You sound like a little Bumblebee."
Played by: Hailee Steinfeld

The main human lead, Charlie Watson is an ordinary, though withdrawn, 18-year-old girl from Brighton Falls, CA, who after fixing up a run-down Volkswagen Beetle, discovers the car is actually an amnesic alien robot. Immediately she bonds with the scared Autobot, gifting him the name Bumblebee, and together they help one-another heal from their respective traumas. Charlie has recently lost her father, and with her mother having already moved on she feels alone in her grief until Bumblebee arrives, problems accentuated by her difficulty in finishing the corvette her father was restoring, her money troubles thanks to a low-paying dead-end job, and the antagonism she receives from local bullies.

Charlie's mother, who is trying to do good for her family after her husband died. Remarried to Ron.

A nerdy churro vendor who has a crush on his next-door employee Charlie.

Tripp's girlfriend, and queen bee of the local scene. She takes joy in bullying Charlie.

Charlie's former friends. Their subplot was cut from the movie, but they appear in deleted scenes on the home release. 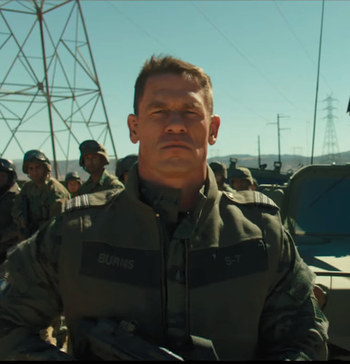 "With all due respect, have you lost your damn mind!?"
Played by: John Cena

A high-ranked agent of Sector Seven, Jack Burns discovered the Autobots and Decepticons when Bumblebee crash-lands into his unit and is subsequently followed and attacked by the Decepticon Blitzwing. Blitzwing's attack left most of his unit killed, and as a result, Burns becomes determined to protect the earth from these alien robot threats.

A scientist at Sector 7 who is excited about the scientific potential of allying with the Cybertronians. Pity he found the Decepticons first.

Burns' superior, and seemingly the head of Sector 7.