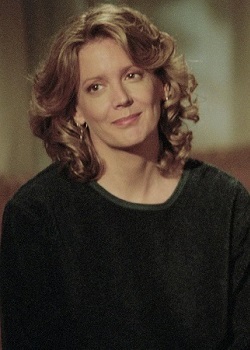 "You get the hell away from my daughter."
Played By: Kristine Sutherland
"You belong at-at a good old-fashioned college with keg parties and boys, not here with Hellmouths and vampires."

Buffy and Dawn's divorced single mother, who runs an art gallery. She is originally ignorant about Buffy's activities as the Slayer but learns about them in Season 2. She still worries about her daughter and is reluctantly supportive of her work. She dies of an aneurysm in Season 5, an event which greatly affects all the Scoobies. 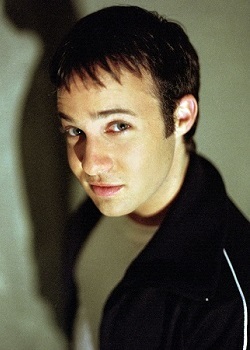 "I don't deserve this. I wasn't even that evil."
Played By: Danny Strong
"I really miss it. Time goes by and everything drops away. All the cruelty, all the pain, all the humiliation, it all washes away. I miss my friends. I miss my enemies. I miss the people I talked to every day. I miss the people who never knew I existed. I miss 'em all. I wanna talk to them, you know? I wanna find out how they're doing. I-I wanna know what's going on in their lives."

A Sunnydale High student, part-time sorcerer and member of the Trio. 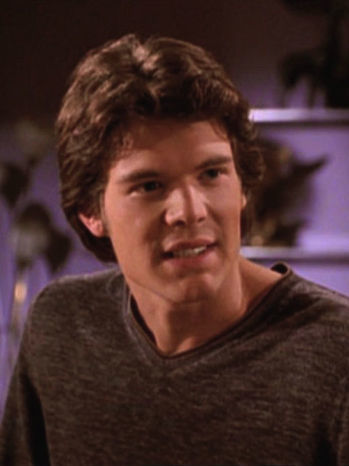 A medical intern living in Sunnydale and the human prison for Glory. 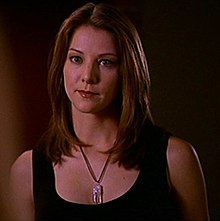 "It's crazy, all the things that've happened since I went away."
Played By: Elizabeth Anne Allen & Robin Riker
"This is not about hate. It's about power. Willow always had all the power, long before she even knew what to do with it. Just came so easy for her. The rest of us—we had to work twice as hard to be half as good. But no one cares about how hard you work. They just care about cute, sweet Willow."

A witch. Although initially starting off as Willow Rosenberg's friend and a seemingly good-natured individual, Amy gradually grew to misuse her magic, eventually ending up as an enemy to the Scooby Gang and becoming a bona fide villain during the Twilight Crisis. 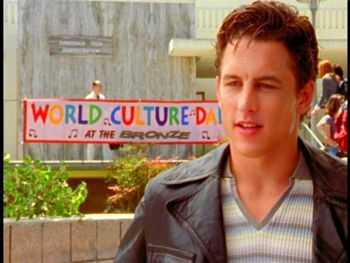 "Man, we need a roadie. Other bands have roadies."
Played By: Jason Hall
"You're too picky, man. Do you know how many girls you could have? You're lead guitar, Oz. It's currency!"

The lead singer of Dingoes Ate My Baby and a student at Sunnydale High. 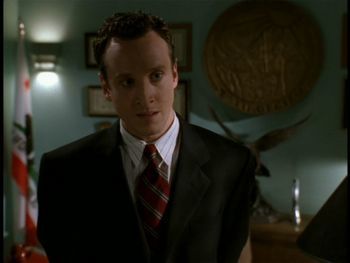 "I'm sorry to bother you, sir."
Played By: Jack Plotnick
"Should I have Mr. Trick send a... committee to deal with this?"

The Deputy Mayor of Sunnydale under the infamous Mayor Richard Wilkins. 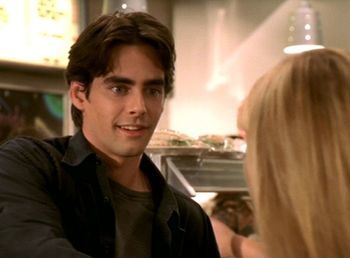 "Look, I'm sorry if you misunderstood something. I thought things were pretty clear."
Played By: Adam Kaufman
"Well, you know the difference between a freshman girl and a toilet seat... toilet seat doesn't follow you around after you use it —" 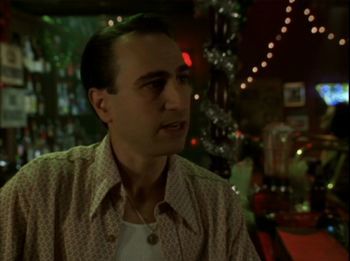 "Here ya go. Don't ever say your friend Willy don't come through in a pinch."
Played By: Saverio Guerra
"Look, kid, my clientele ain't exactly nuns and orphans, but I... I never seen anything like these demons."

A bartender and unwilling snitch, who owned Willy's Bar, later changed to Willy's Place, a Sunnydale business that welcomed demons, vampires and humans alike, serving as a neutral place for all sorts of beings. 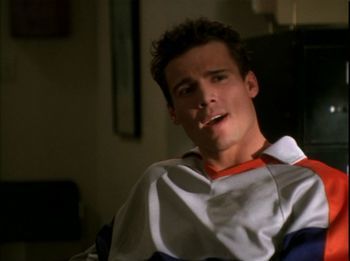 "No, no, no. I don't have any time at lunch. I gotta hang out."
Played By: Ethan Erickson
" Rosenberg? What are you doing, trick-or-treating? You're supposed to be at home doing my history report. I flunk that class, you're in big trouble with Snyder. Till we graduate, I own your ass."

A Sunnydale High student and star point guard on the basketball team. 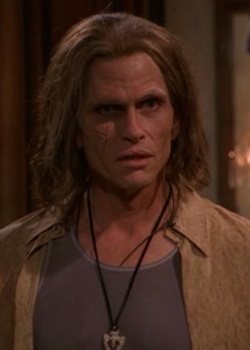 "I'm just gonna take a little tour."
Played By: Jeff Kober
"I could feel you coming a mile away, the power you got. And you know something, sweetness? I liked it. "

An evil warlock from Sunnydale, one infamous for supplying a pure yet addictive kind of magic. 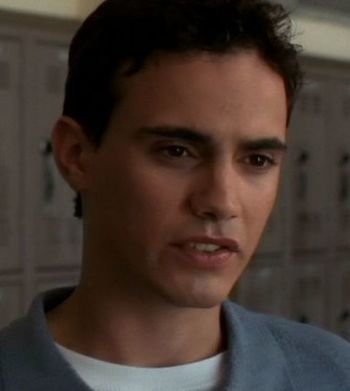 "Okay. You know what, I thought about it, and I'm in. When do you want to go?"
Played By: Fab Filippo
"I've given it a lot of thought — some might say too much thought — to, to how I might be a part of your life. It begins with conversation. We all know this. Maybe over a cup of coffee, or maybe at the Buster Keaton festival playing on State Street all this weekend."

A Sunnydale High student and Buffy Summers's boyfriend after she returned from Los Angeles. 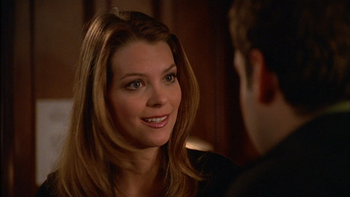 "That's it. Forget it, Warren. I'm gone."
Played By: Amelinda Embry
"You bunch of little boys playing at being men? Well, this is not some fantasy! It’s not a game, you freaks! It’s rape!" 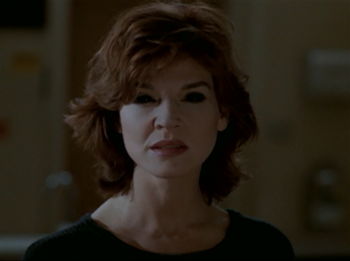 "How dare you raise your hand to your mother! I gave you birth. I gave up my life, so you could drag that worthless carcass around and call it living!"
Portrayed By: Robin Riker & Elizabeth Anne Allen
Appears In: "The Witch"
"I shall look upon my enemy. I shall look upon her and the dark place will have her soul!"

The mother of Amy Madison and a powerful witch. During her teenage years, she had attended Sunnydale High School and was captain of the cheerleading squad. 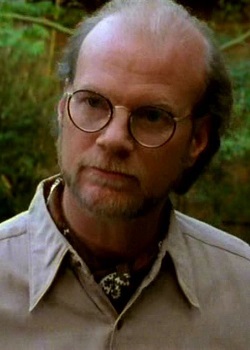 "...the power will be mine."
Portrayed By: James Stephens
Appears In: "The Pack"
"Oh, hold it, hold it, are you blind, or are you just illiterate? Because hyenas are very quick to prey on the weak."

A zookeeper and the man in charge of the Hyena House Exhibit at the Sunnydale Zoo. 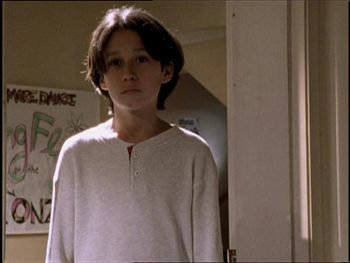 "I'm sorry, I can't help it."
Portrayed By: Jeremy Foley
Appears In: "Nightmares"
"The Ugly Man. He wants to kill me. A-and he hurt that girl."

A young teenage boy from Sunnydale.