Former members of the Scooby Gang in Buffy the Vampire Slayer. This includes members who left the group, and those killed in action. 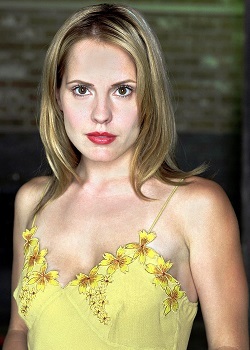 "It's an omen! It's a higher power trying to tell me through bunnies that we're all gonna die! Oh god!"
Played By: Emma Caulfield
" I was feared and worshipped across the mortal globe and now I'm stuck at Sunnydale High. A mortal! A child! And I'm flunking math." 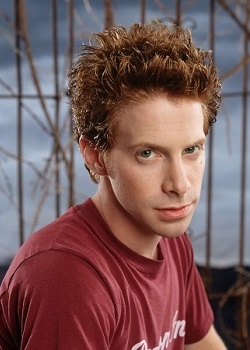 "Hey, I may be a cold-blooded jelly doughnut, but my timing is impeccable."
Played By: Seth Green
"The wolf is inside me all the time, and I don't know where that line is anymore between me and it."

A brilliant (yet generally unmotivated) student, and part-time rock guitarist. He is Willow's first and only boyfriend, and an active member of Buffy's inner circle, despite the fact that he has recently become a werewolf. 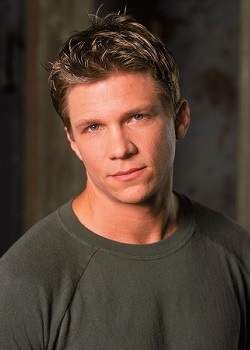 "Turns out I suddenly find myself needing to know the plural of "apocalypse"."
Played By: Marc Blucas
"Yeah, I'm well aware of how lucky I am. Like, lottery lucky. Buffy's like nobody else in the world. When I'm with her, it's like — it's like I'm split in two — half of me is just on fire, goin' crazy if I'm not touching her. The other half is so still and peaceful, just perfectly content. Just knows, this is the one. But she doesn't love me."

Buffy's first serious boyfriend after Angel. He is initially an operative in a military organization called "The Initiative" that uses science and military technology to hunt down HS Ts or "hostile sub-terrestrials" (demons). Riley is Angel's opposite, an Iowa-born-and-raised man whose strength lies in his military secret identity. Buffy's superior physical strength causes him insecurity, particularly after his medically enhanced powers were removed. 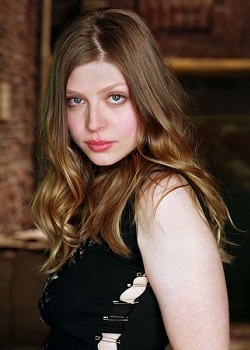 "Um, that-that was funny if you, um, studied Taglarin mythic rites…and are a complete dork."
Played By: Amber Benson
"Nobody messes with my girl."

A fellow member of a Wicca group during Willow's first year of college. Their close friendship evolves into an ongoing romantic relationship. Tara uses her magical skills to assist the Scooby Gang in their fight against evil, and she struggles with how to deal with Willow's growing addiction to magic.