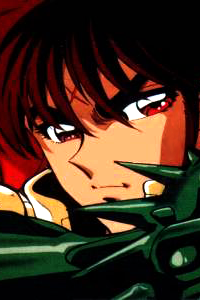 The protagonist, he lives on a private island north of Hokkaido called Kamui Island with his brother Kotaro. Short after sending off his brother Kotaro to study overseas, he found an injured lady named Karen, who later became his trainer to prepare him for a tough battle in case something happens to his intelligent brother. 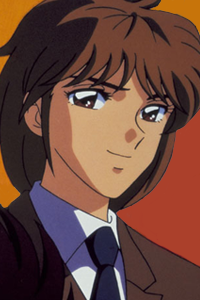 Teppei's older brother and Deuteragonist of the series. He's a 16 year-old Professor in Robotics who upon releasing a thesis in AI Robot Technology, got kidnapped by the Machine Empire. 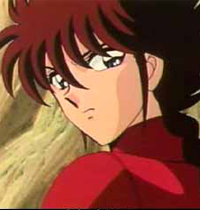 General of the West, former Donor of B't X and current Donor of B't Shadow X. She escaped from the Machine Empire upon understanding their country's plan in destroying mankind. 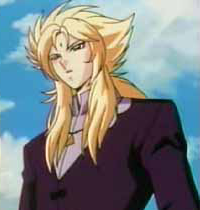 The General of the South and Donor of B't Je t'aime, he's a priest who took in local orphans under his care. 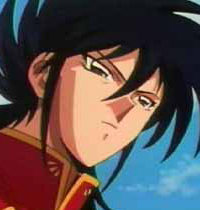 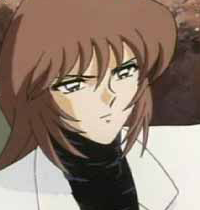 The General of the North and Donor of B't Max, a General Medical Physician who is also a Master Engineer of B'ts. His birth year is roughly late 2011 to 2012, since it's revealed he was 9 years-old during the summer of 2021. 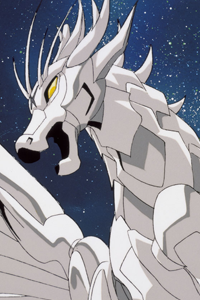 The title name holder and Supporting Protagonist of the series. A Male B't manufactured by the Machine Empire in the form of the Chinese mythological animal, Kirin. He has a prideful tough-guy personality, originally was programed to swear loyalty towards his original Donor, Karen the General of the West Wing of the Machine Empire. Upon taking Karen out of the country for exile, his function died out midway and was taken back to the Empire to be disposed. 5 years later, he was awakened again from sensing Karen's blood reentering his body, only to find himself dumbfounded to see that the person who gave him Karen's blood was through a boy name Teppei. Legend says that when a Kirin descends from Heaven, the land shall be saved from evil. 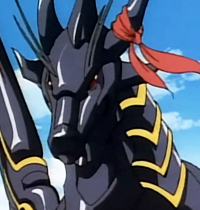 A Female B't manufactured by Karen herself in the form of the Chinese mythological animal, Kirin. Karen has been slowly putting her together during the 5 years of her stay at Kamui Island. At first Shadow was uncontrollable, and often went berserk in flying out of hand trying to head to wherever X was located. It wasn't until Teppei dragged her to Hokuto to be stabilized that she was able to create a personality of her own. 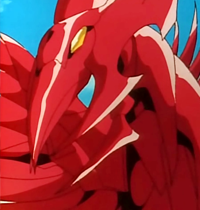 A Female B't manufactured by the Machine Empire in the form of the Chinese mythological animal, Phoenix. She has a prideful personality and can be a bit inflexible with people. 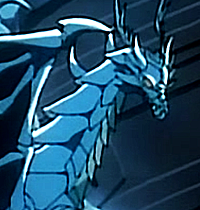 A Male B't manufactured by the Machine Empire in the form of the Chinese mythological animal, Dragon. His personality is mostly stoic, and obeys Ron's orders in the most absolute fashion. 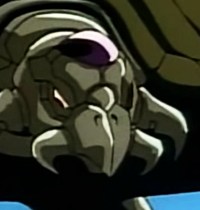 A Female B't manufactured by the Machine Empire in the form of the Chinese mythological animal, Turtle. She has a serious but witty personality, and would be willing to talk to other people beside her Donor Hokuto. She could get emotional from time to time.

Upon thousands of stationed military posts The Machine Empire placed around its country for defense, starting to where Fou's station was located, these 13 posts marks the shortest lineup route Teppei has to go through in order to enter The Tower. Based on Fou's observation, most stationed guards are way too prideful, and achievement-oriented to bother with team play, therefore, each militant would most likely go one-on-one with their invaders and not report their failures to other posts if they were to lose in battle.
The First 6 Stations

(VA: Tetsuo Kanao)
The Seven Demon Generals
The most elite group of militants The Machine Empire has to its possession. Normally, these Generals are to serve as bodyguards towards The Machine Emperor himself, but Teppei's invasion up to the 6th base, along with Fou and Hokuto's betrayal alert up in the air was deemed a threat big enough to have them replace the guards of the remaining 7 posts Teppei has to pass to enter The Tower.

The first of the Demon Generals to appear in the anime. He claims to be the Prince of Darkness, contrasting his opponent, Teppei, who represents The Light.

Second of Demon Generals to appear in the anime. He was Foh's childhood friend, and seems to hold some kind of grudge against Foh. And the two of them faced-off in a private battle.

The third and sole female Demon General that Teppei faced in the path towards the Empire Tower. She can control the minds and actions of others when they hear a music piece that she performs a dance to. Her name and character was based on the seductiveness from The Bible who triggered the death of John the Baptist.[2]

The fourth Demon General blocking Teppei from the Empire Tower, he is obsessed with beauty, and has a cybernetic body made of precious stones. Sapphire encased Max in a precious stone, who has both Hokuto and Foh onboard, leaving Teppei the only person to deal with him.

The third and last out of seven generals to appear in the anime. In the manga, he's the 6th person to appear.

The last of the Demon Generals to appear. A philosopher, he originally was going to face-off with Teppei one-on-one since Teppei was the first to arrive at his stationed post, but Foh offered to take on Gai in Teppei's place in order to let Teppei enter the Empire Tower to search for his brother as soon as he can.

The older brother of the twins. He abides by The Emperor's orders in the most absolute fashion, and rules his country with an iron fist. If anyone questions anything in regards to his authority and The Empire's orders, he would gleefully execute them on spot.

The younger sister of the twins. She is merciful and compassionate to her people compared to her brother, therefore, she would do all she can to veto her brother's immoral decisions. Nasha has poor health due to her cybernetic body, therefore, there's is little she can do to prevent her brother to place harm on civilians.

The Emperor
The Emperor who founded The Machine Empire. He was a scientist who was already well over 200 years old when he met Misha during The Renaissance on his journey actively seeking ways to make his thesis: "Man-Made Lifeform," into reality.
B't Raffaello