The main cast of Brooklyn Nine-Nine. For other characters, see here. 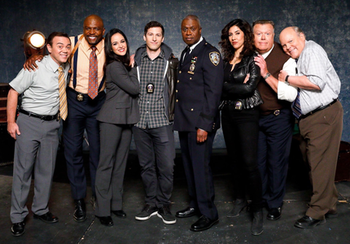 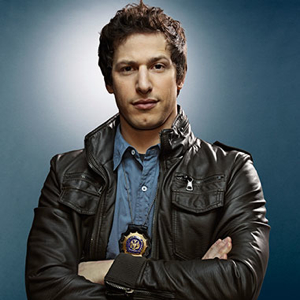 A cocky, arrogant and immature but talented NYPD detective stationed in Brooklyn's 99th Precinct. Although extremely capable, he refuses to take his job seriously. His disdain for the rules and authority figures and his drive to single-handedly prove his superiority to everyone around him brings him into immediate conflict with his new commanding officer. 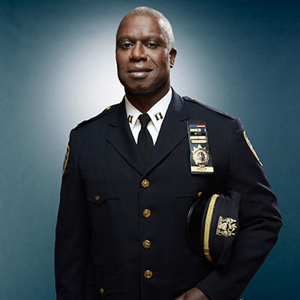 "I have zero interest in food. If it were feasible, my diet would consist entirely of flavorless beige smoothies containing all the nutrients required by the human animal."

The new commanding officer of the 99th Precinct, which is his first command. Holt is an extremely stern, serious and rules-conscious man who is unimpressed by Peralta's antics. Although an extremely gifted detective, he has been denied his own command for years due to his open homosexuality, thus making him determined to distinguish himself and the 99th Precinct — and even more determined to rein in Peralta while doing so. 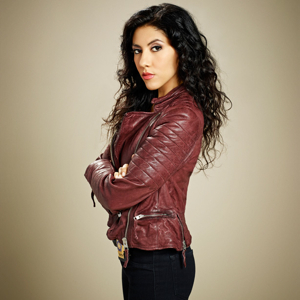 "Next time I catch him shaving I'm gonna punch him so hard in the mouth that he bites his own heart."

An extremely tough and bad-tempered detective in Peralta and Santiago's unit. Her permanent scowl, sour disposition and willingness to use violence successfully intimidate most of the perps she encounters in her day-to-day work — and most of her colleagues as well. 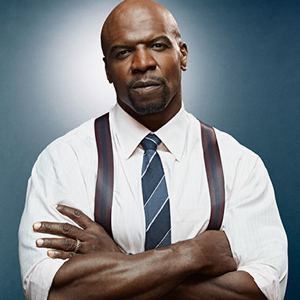 The supervisor of the Nine-Nine's detective squad. Although a physically strong and capable detective, his ability to do his job has been hampered by the recent birth of his twin daughters, which have left him neurotic about the dangers of his job and obsessed with the possibility of dying in the line of duty. He became a lieutenant in Season 6. 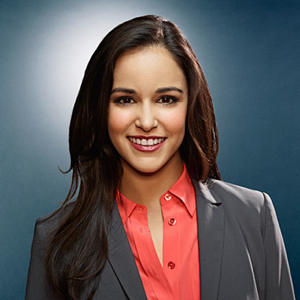 "Sergeant, why am I here? I'm always incredibly appropriate. In high school, I was voted 'Most Appropriate.'"

The supervisor of the Nine-Nine's uniformed officers. She is Peralta's partner and later wife, with whom he shares a vitriolic, competitive but nevertheless solid friendship with the occasional hints of a deeper attraction which later turn into love. Extremely ambitious and competitive, she is a driven over-achiever determined to prove herself a better detective than Peralta and the other detectives in the squad. She deeply admires Holt and frequently tries to ingratiate herself with him to persuade him to act as her mentor — with often disastrous results for herself in the process. 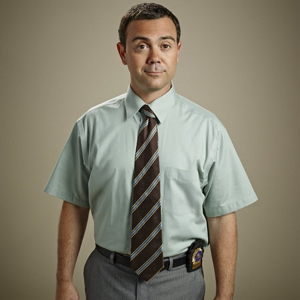 A bumbling, awkward and eager-to-please detective in the unit with a tendency to say perverse things without intending to. Although clumsy and prone to accidents, he is a hard worker and succeeds through his willingness to 'grind' through his cases. He is good friends with and extremely supportive of Peralta. A 'foodie', he takes anything to do with cuisine deadly seriously. 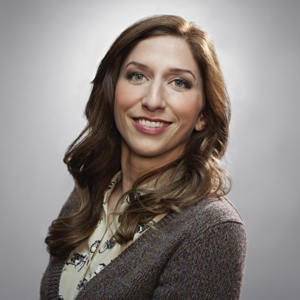 The precinct's civilian administrative support. She's extremely sarcastic, possesses a tendency to troll and bully her co-workers, and at times appears to exist within her own very strange universe. Outside of the precinct, she's a member of an amateur dance group. 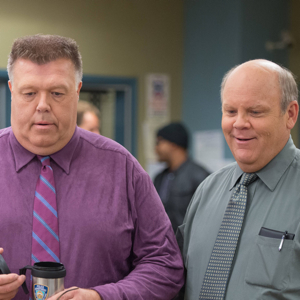 That's Scully on the left and Hitchcock on the right.
"Not to brag, but Scully and I have a combined total of fourteen arrests."

Two extremely incompetent veteran detectives in the unit, with a combined fifty years of experience. They make good coffee. After thirty years this is apparently the only reason they're still on the force.

Tropes that apply to both of them

Tropes that apply to Scully

Tropes that apply to Hitchcock