This is the character sheet for Britsune Garden (Not just the pilot novel, but the series as a whole). Keep in mind this page is currently under construction.

Hatchlings
The lowest in the hierarchy, these Igiriko are young who have not reached adulthood yet. They often live a sheltered life due to their young age, vulnerability, and no job whatsoever, but some have already been made apprentices from any of the other guilds.
Advertisement:
Murako
Making up the largest portion of the Igiriko populace, they usually have safer jobs compared to the members of the higher ranks.
Prey-fetchers
Like their namesake, these Igiriko hunt prey for both themselves and their fellow Igiriko. The most skilled of this guild can either hunt hard-to-get animals such as birds residing in trees, or larger animals like pheasants.
Senshi

These Igiriko patrol and protect the outer reaches of their respective realms and fight off devious creatures such as Shadonis or the evil kind of yokai.
Healers
Healers are Igiriko who search and gather herbs used for medicinal purposes, as well as using specific kinds for the sick or injured.
Shintaku
They are Igiriko who are also considered adventurers, but are more considered "always finding answers". Although they do their jobs in a similar manner to Prey-fetchers and Senshi, they are rather high in the hierarchy due to their clairvoyant nature.
Advertisement:
Kannushi
They are Igiriko whose job is to protect and maintain Kamitsu shrines. They often team up with the Daishintaku and Shintaku, as they are capable of finding omens in nature like the latter.
Daishintaku

They are Igiriko whose job is to receive and collect prophecies sent by the Kamitsu, or perhaps the Kami themselves. Because of this, they are well-respected by the other Igiriko and are treated like leaders. There are generally a group of three Hoshido. They are mentors of the Hoshi-shika.
Koukei

They are Igiriko who are assistants of the Meishu. Just as each Igiriko species has their own Meishu, each also has their own Koukei. They take charge of leadership when the Meishu is away. However, when the preceding Meishu steps down or passes, the Koukei becomes the new Meishu.
Meishu

They are Igiriko who are the highest in the hierarchy, next to the immortal Kamitsu. Their job is to watch, lead, and protect their fellow Igiriko, as well as appointing specific Igiriko to higher positions on the hierarchy.
Kamitsu

Kamitsu are at the very top of the hierarchy for many reasons. They are immortal Igiriko spirits whose job is to watch over all Igiriko, similar to the Meishu, but for longer periods of time without exhaustion. Many have considered them the true leaders of the Igiriko. They are hidden during the day (also known as being dormant), and tend to go wandering around at night. However, when summoned by other Igiriko, they can and will appear before them regardless of the time of day. They have the ability to perform the most powerful magic spells without losing mana. Unlike other Igiriko, all Kamitsu are materialized from designated statues sculpted by gijinka. Kamitsu can have more than one statue, but they can only have one in each realm (ex. one statue is at Flowerfall Hollow, the other one at the Plaidteaus). This means that the Kamitsu can be summoned in more than one realm.
Advertisement: 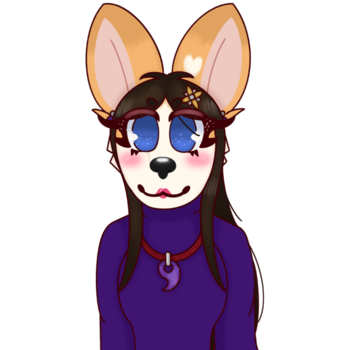 The most unique British Royal you'll ever meet.

Malorie is a teenage corgi gijinka with sleek ginger-and-white fur, long, dark brown hair, and dark blue eyes. She is second in line to the British throne. She loves anything related to Japanese culture and art, and is considered the "unique" one out of all the royal children. She is also confirmed to be a neurodivergent character by Word of God. 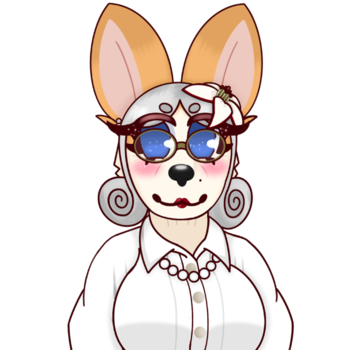 Quite a heartthrob for a 71-year-old corgi lady.

Lilie is an elderly corgi gijinka with fluffy ginger-and-white fur, shoulder-length coiffed silver hair, and sparkly, dark blue eyes. She is the current monarch of the United Kingdom (In the story's universe, that is. Try not to confuse her with the...other Queen). She is the caring and affectionate maternal grandmother of Malorie.

Hana is a shy, orphaned young fox gijinka with fluffy amber, white, and grey fur, dark brown hair usually put in a braid, and deep brown eyes. Although technically an adoptive aunt of Malorie, she is treated as more of a younger sister.

Kasumi is a calico gijinka who is one of Queen Lilie’s close confidantes. 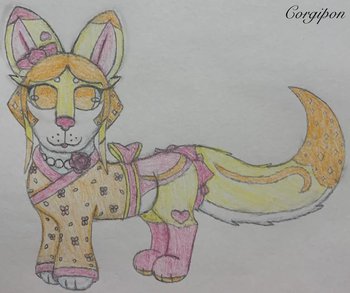 Chie is a yellow Britsune who is one of the first of her species to be introduced. 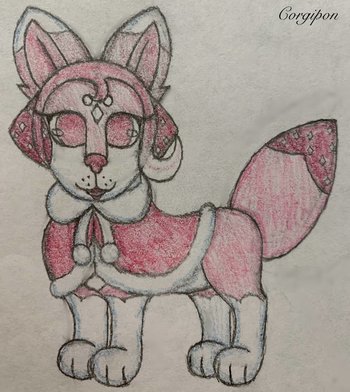 Glaze is a pink Britsune kit who is one of the first of her species to be introduced. She is also the first baby Igiriko character of the series. 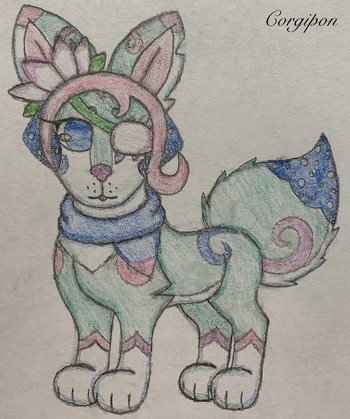 Hasu is a mint green Britsune with a missing left eye. 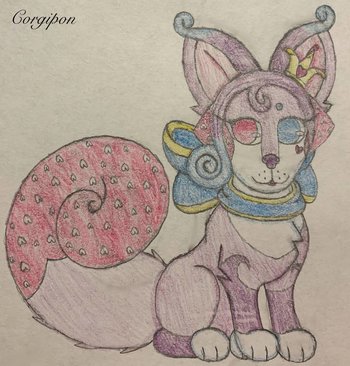 Bliss is a lavender Britsune with a Sweet Tooth. 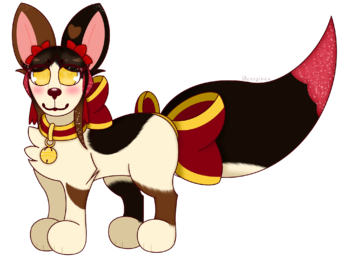 Maneko is a curious tricolour Britsune, resembling a calico cat.

Aiko is a flirty pink and red Britsune with two tails. She often carries a set of a bow and arrows around, which she would use to turn unsuspecting people lovestruck. 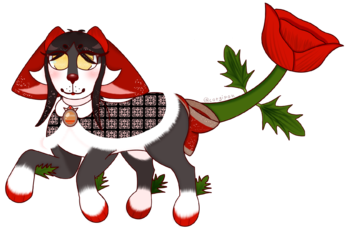 Natsuko is a salmon pink Floralie themed after the rose.

Chrys is a yellow Floralie themed after the yellow chrysanthemum. 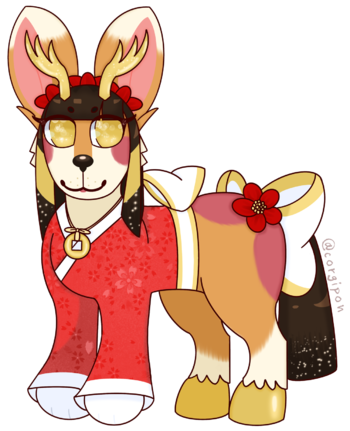 Honoka is a ginger and white Sylvaninu with a dark brown mane and tail and a pair of two yellow antlers. 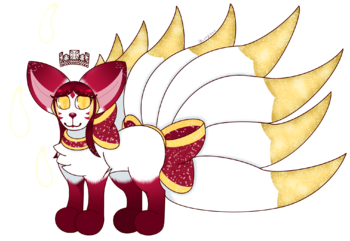 Hinata is a wise white and red Britsune Kamitsu who is the ruler of all the Igiriko realms. Just like the other Kamitsu, she wears a set of royal regalia. 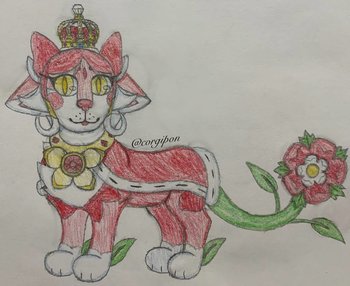 Bara is a red and white Floralie Kamitsu themed after the Tudor rose. She wears a set of royal regalia. 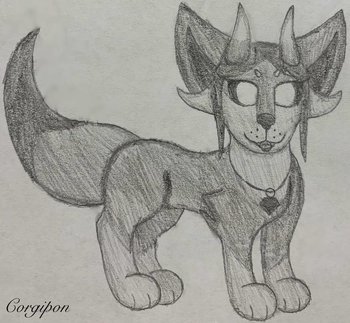 Shadonis are wicked, devious creatures with moon-like eyes and small but sharp horns.