I want to do good, mom. I do.
Click here to see him in costume 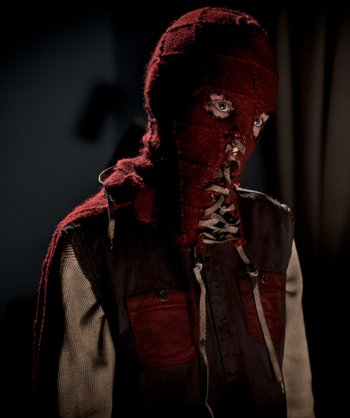 Portrayed by: Jackson A. Dunn

An unnamed YouTube vlogger who comments on the actions of Brandon and other superpowered killers.

Mysterious figures that begin to appear alongside Brandon across the world as mentioned by a vlogger amongst a series of news reports on Brightburn.

"Half Man Half Sea Creature"

An aquatic hybrid sinking ships in the South China Sea.

A terrifying "witch woman" killing people with ropes and cords.