Character subpage for the Salamancas, a Juarez Cartel crime family in Breaking Bad. For the main page, see here.

For tropes about these characters when they appear in Better Call Saul, click here. 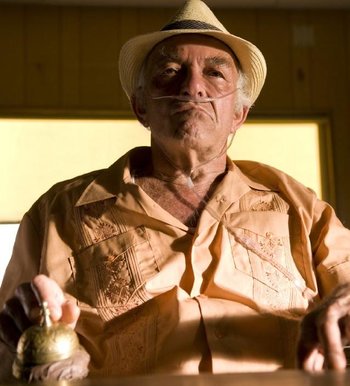 An ex-capo who worked Don Eladio and Tuco's uncle. Hector is confined to a wheelchair thanks to a stroke, and can only communicate with a bell. 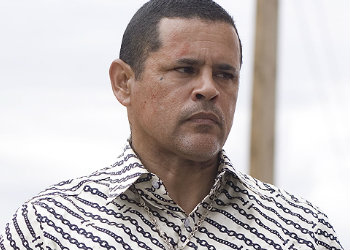 "Nobody moves crystal in the South Valley but me, bitch!"

"I like doing business with a family man. There's always a lot of collateral."

Walt and Jesse's first boss. Freshly released from prison after doing a stint for assaulting Mike Ehrmantraut in a road rage incident, Tuco is an unstable, paranoid man who snorts meth all day. At first Walter (and reluctantly Jesse) want to be Tuco's main supplier, but they change their minds when they witness Tuco beating one of his subordinates to death over a minor misunderstanding. And by "minor misunderstanding," we mean being supportive. 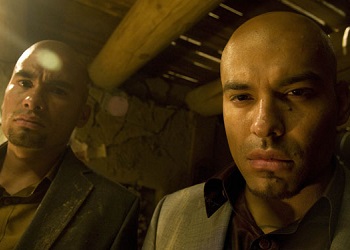 Portrayed By: Daniel and Luis Moncada 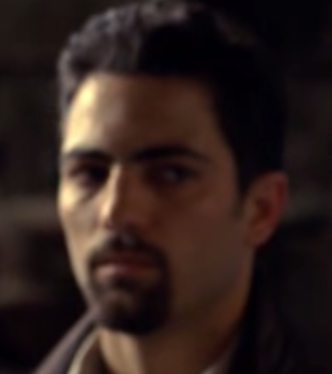 An enforcer for Don Eladio, and Hector's grandson. 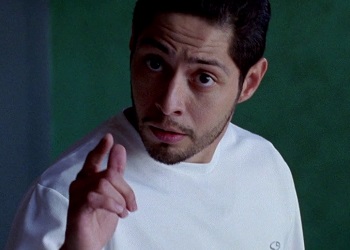 "Walter, I don't know what you think you're doing here, but trust me, this line of work doesn't suit you."

A former associate of Tuco Salamanca's, and now a meth distributor associated with his cousin Emilio and Jesse Pinkman. Unbeknownst to Walt and Jesse, Krazy-8 is a DEA informant, who acquired the customers of the dealers he ratted out. 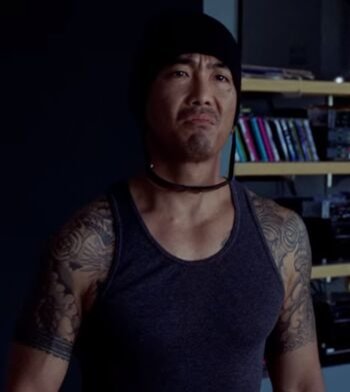 Jesse's partner as well as Krazy-8's cousin. He's arrested by the DEA after being sold out by Krazy-8, and later becomes Walt's first victim when he and Krazy-8 confront Walt. Jesse later dissolves his body in his bathtub, and it falls through the ceiling in a hilariously bloody fashion.