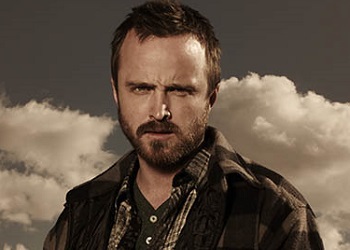 "This is my own private domicile and I will not be harassed...bitch!"
Portrayed By: Aaron Paul
"For what it’s worth, getting the shit kicked out of you... not to say you get used to it, but... you do kinda get used to it."

The deuteragonist of Breaking Bad, and the main protagonist of the sequel film El Camino. He's a small-time methamphetamine user, manufacturer, and dealer. In high school, he was an inattentive student in Walter White's chemistry class. Now in his mid-20s, Jesse is Walt's business partner in the meth trade. Jesse is impulsive, hedonistic, and uneducated, but personable and possesses street-smarts as well.

For the main page, see here.

G-L
M-R
killed, and to Mike's granddaughter]]. His attempts get shot down.
S-Y