The Main Characters of the first two Bravely Default games. A few return between games, so put tropes pertaining to a particular game in that section. 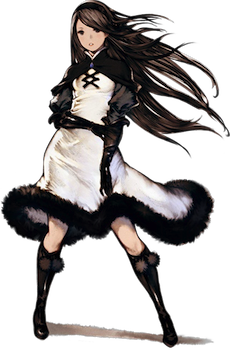 The main protagonist of Bravely Default, Agnès was raised in the Wind Temple near Ancheim, sheltered away from the rest of the world, devoting her life to prayer and tending the Wind Crystal. When the Crystal is consumed by darkness and her attendants killed, she leaves for Caldisla to seek answers, meeting Tiz and the rest of the party there.

Tropes that apply to her in the sequel. 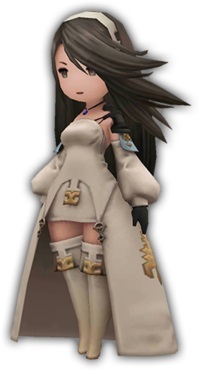 Now the 20 (Japanese version)/23 (NA/PAL versions) year old pope of the Crystal Orthodoxy, Agnès is abducted by The Kaiser, sparking the game's plot. She acts as Mission Control for the game, providing assistance to the party while being captured.

The Deuteragonist of Bravely Default, Tiz grew up as a shepherd in Norende with his younger brother, Til, living a relatively peaceful existence. However, when the Great Chasm appears, destroying Norende and killing Til, Tiz is brought to Caldisla as the lone survivor. Believing the answers he seeks may lie in the Crystals, Tiz finds himself allying with Agnès.

Tropes that apply to him in the sequel.

Now 19 (Japanese version)/22 NA/PAL versions) years old, Tiz has been freed by Magnolia and returns to protect, as well as save, Agnes from The Kaiser. 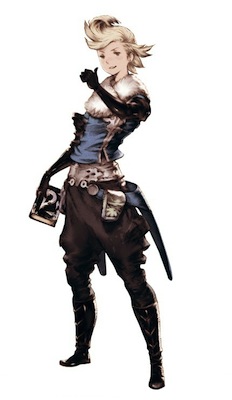 A flirtatious young man with no memory of his past. He possesses the mysterious "D's Journal", which seems to contain records of the future. Naturally, there's a lot more to his past than anyone realizes.
Edea Lee
Voiced By: Mai Aizawa (JP), Cassandra Lee Morris (EN) 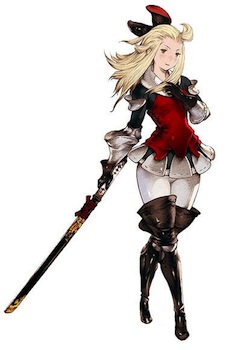 A knight in training with the Eternian Forces, Edea was initially sent to capture Agnés. Despite turning on her country to team up with the party, at heart, she wants to make her father proud.

Tropes that apply to her in the sequel 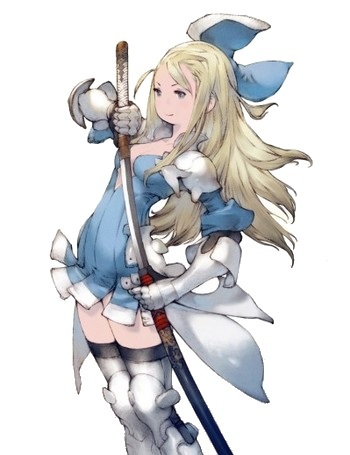 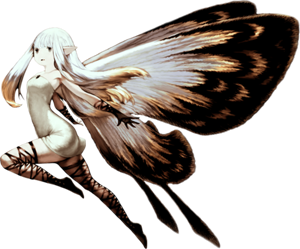 A cryst-fairy who acts as the Fairy Companion to Agnès and (by extension) the rest of the party. Though she can be a bit childish, she is undoubtedly the driving force that keeps Agnès focused on her goal of awakening the Crystals.

NOTE: Spoilers from the first game will not be marked from this point on. 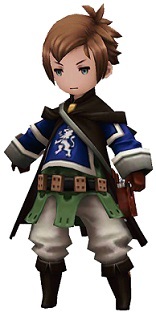 A 16-year old from Gathelatio. He is the leader of the Three Musketeers tasked with protecting Agnès Oblige, and the game's protagonist. 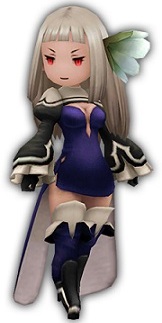 A "Ba'al Buster" hailing from the moon that ends up crossing paths with Yew. She first appears in The Stinger of Default, and goes onto be a playable character in Second.

WARNING: The below characters are Walking Spoilers, and all spoilers in their profiles are unmarked.

The Man with the Purple Pen

A mysterious person who follows the party around, occasionally helping out and writing in Yew's diary using purple ink.
The Planeswarden

Returning from the last game, he has joined an organization of extra-dimensional guardians known as the "Planeswardens" and has been tasked with hunting down Yoko.