A machine built by the Gods to defend the first region of Mistral from forces hostile to them, and the final boss of the same region.

A terrifying demon whom Karl and Seria were sent to deal with, and the final boss of Morgan, the second region of Mistral. 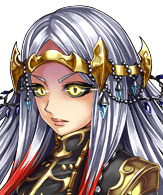 One of the Four Fallen Gods, and the most humanoid out of the four. Maxwell is the Goddess who rules over Creation and Destruction. She is the first villain you are tasked to take down, due to her attempting to open the Gate to Elgaia so she could invade it. She is also the former Mistress of the Disciple Kanon, and is the ruler of the Mistal region where she resides awaiting you at the Palace in St. Lamia.

Tropes exclusive to her Mock Unit 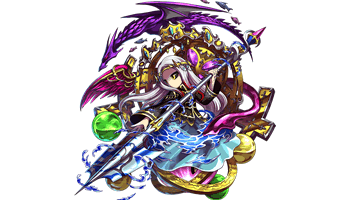 An extra boss recently discovered within Mistral, resting in the Egor Mountains. A small nation once tried to use this demon, but the attempt backfired and the nation ended up getting destroyed by Skramya. Her rage did not end there, however, and Skramya easily annihilated most of the other nations around Mistral. Orna, a beautiful knightess who returned from training in Morgan, appeared and then cleverly sealed the demon away into a deep sleep. She is available to be challenged in the Egor Mountains after you've beaten Maxwell.

An angry Giant that was sealed within the land of Cordelica. Its rage as it starts waking up begins to wreck the whole continent, making it the Summoner's priority to defeat it as soon as possible to prevent it from further destroying the area.

This creature was an ordinary utility monster used by the Giants of Cordelica to take care of their garbage. However, as it absorbed so much garbage over the years, it grew too big to be handled by them and was eventually left to its own devices. Fiora, a woman cursed with old age by the Gods that happened to know of its ability to take in spells as well, allowed herself to be swallowed by it. Thanks to this gamble, the Grand Jelly absorbed her curse and she was freed from its effects. Grand Jelly was then finally sealed within the Igana Falls by her until a recent earthquake released it from containment. It is available to be challenged after you've beaten Grantos. 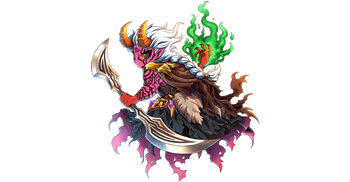 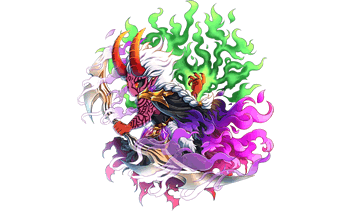 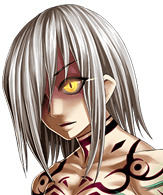 The second Fallen God that the party faces in the storyline and the most demonic one. Long ago, Cardes was sealed by the Four Heroes of Palmyna in the Spirit World. However, the seal eventually become weaken overtime with little time before he is unsealed again, causing the party to fight him in order to prevent such. He is the former master of Tora and the master of Zebra. 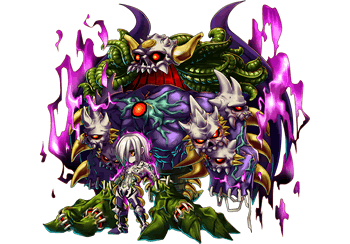 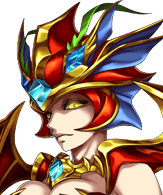 The third Fallen God that the party faces. Ruling over the fallen land of Agni through the Tower of the Gods, Zevalhua is both powerful and manipulative goddess. Not only does she has to face the summoners, but she also has to be wary of her fellow Fallen God Afla Dilith's power. She is the former Mistress of Alpha with Mare as her Disciple. 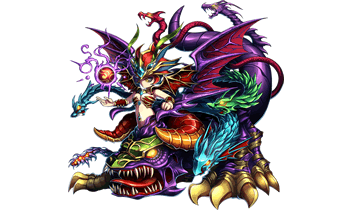 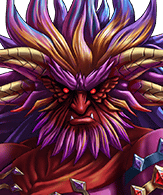 The last Fallen God and the most powerful one of all. 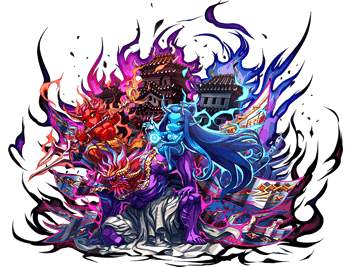 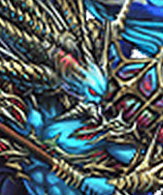 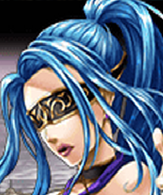 A mysterious woman who suddenly appears in front of the party after Afla Dilith's defeat. She is Eriole's second-in-command and childhood friend. 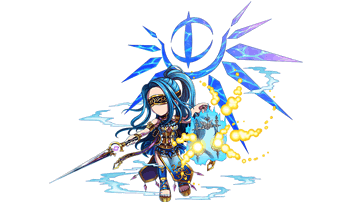 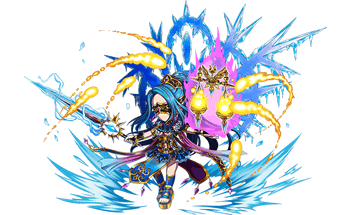 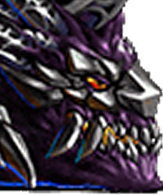 A mechanical beast that was built as an experiment for creating a new type of monster. Because of its terrifying power, the facility it was created in had to be sealed.
Bariura

This creature is one of a certain dark sorcerer's experiments made during Bariura Empire's last years. Apparently, this creature is made from people who had lost their ways, turned into an abomination by the sorcerer in one of his many laboratories. 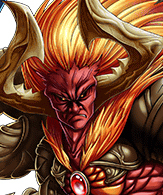 One of Eight Demon Lords who rule over Ishgria, and the first one who meets with the player. He is searching for a good fight.

For tropes pertaining to his past days as Shura, go here. 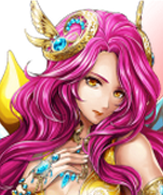 The second of the Eight Demon Lords. She claims to be a former goddess who was banished by Lucius to this forsaken land. Much of her motives remain unclear, and her interest seems to not go with the other demon lords. 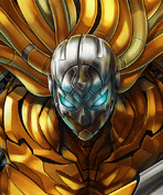 One of the Six Armor series made by Reis, and the only one that got sucked into Ishgria instead. After being deemed not strong enough by its creator, it got ignored by him until he finished Sixgear. A series of events caused it to destroy Nemethgear and the Demon Lord who ruled over the region, took over the Demon Lord's position, and renamed itself after the region's name.

Tropes exclusive to its mock unit 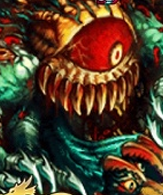 The third Demon Lord and the original ruler of Beiorg who got destroyed by Tech Armor Beiorg. However, it left behind a Shadow in Sealed Forest.
Wulgee 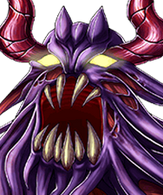 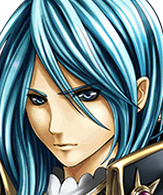 A disciple of Lucius who was banished to the forsaken land along with the Oracle Maiden Ilia, and the fourth Demon Lord. After fleeing from Shusui, he absorbed the demonic power in order to gain power in exchange for transforming into monstrous form. 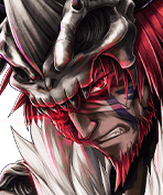 The only survivor of the squad that was sent on an expedition to Ishgria many decades ago, and the former head of 10th Demon Slayers Division. 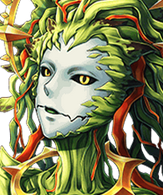 A tree-like demoness who rules over the land of Rakshult and the fifth Demon Lord that the player met. Like Beiorg, Mordlim has interest in human technology and seeks to open the gate to Elgaia and rules over humanity. 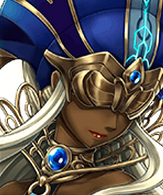 Said to be the oldest demon to live in Ishgria, this demoness is the current ruler of Zamburg and the sixth of Eight Demon Lords. 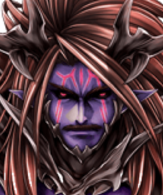 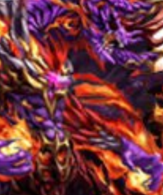 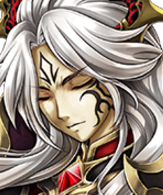 The eighth and final Demon Lord, Kalon abandoned his land to protect certain seals all across Ishgria. He was first mentioned by Mora after the defeat of Beiorg's Shadow, and appears in person to protect Amu Yunos' Shadow.

The leader of all the gods who was sealed in Ishgria after suffered defeat from the Oracle Knight and the Oracle Maiden and banished by Lucius.

Abel Faction
The Rival of Akras Summoners' Hall from Elgaia Federation that also seek the source of summoning power and then use it for reasons unknown. They were first mentioned by Eriole in his introductory scene from way back in Morgan, though their roles and purposes weren't revealed until the end of Menon. As for the third story arc, they have started to be more active in their pursue.

An enigmatic man who spies the Summoner's party starting from Rakshult. He is later revealed to be an agent from Elgaia Federation, and was responsible for manipulating Karl and Mirfah with his twisted tongue. Further revelation placed him as one of many members of Abel Faction.

The leader of Abel Faction.

One of the Divine Machines that linked to the source of summoning. It has an appearance of a giant robot.

A black knight who appears in the Unholy Tower, he's trying to bar you from continuing on the tower.

This is what Xenon is guarding in the tower all along. After reaching the 100th floor, you have unwittingly unsealed her and have to help Xenon chase after her throughout the next 100 floors.

Witch of the Abyss 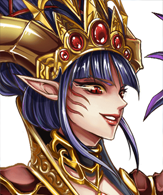 A witch who got hold of Fei, Fang's love interest. During a Festive Event, you may go to her lair to help reclaim Fei back.

The Overlord of the Morokai tribe of Baldemar and Korzan's only father. He is one of the people who planned to kidnap Erza in order to awaken her ancient power.

A Deva sage, who is been working with Azurai in kidnapping Erza from Avani. He harbors deep hate towards Allanon.