Brandon's world is populated by a wide range of insane horrible people, so here they are. 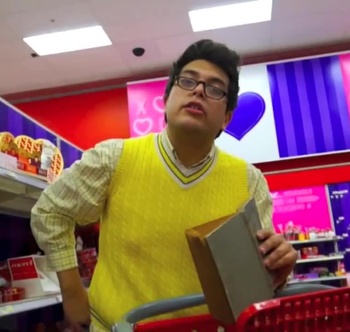 "Try me, bitch!"
An old man in need of a pharmacist, grandfather to the POV character of Timmy. 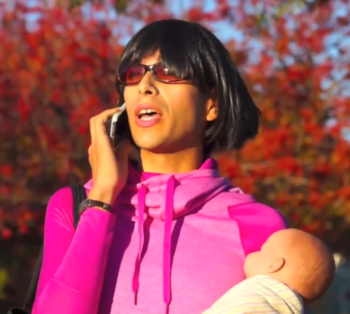 "I'm a mom making a difference!"
The mother of Timmy, and Grandpa's daughter. Her real name is Cathy.
Elmer 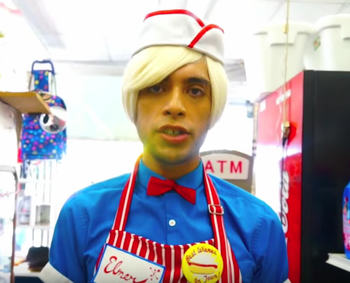 Welcome to Mashy Mart, thank you for bringing your fucking kids.
An employee.
Sam 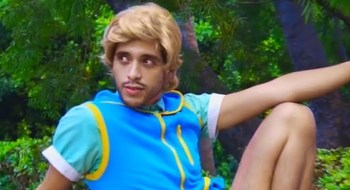 "Jesus is my helmet."
An overly upbeat and flamboyant man that makes inspirational videos and hosts a TV show.
Jürgen Klausvonschwitz 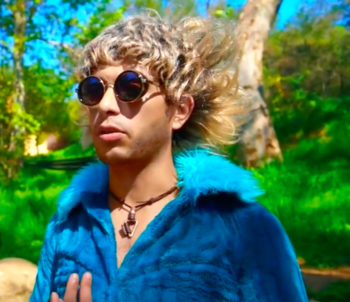 "I may not have eyesight, but I have vision!"

A fashion designer who cannot see, making him essentially useless. 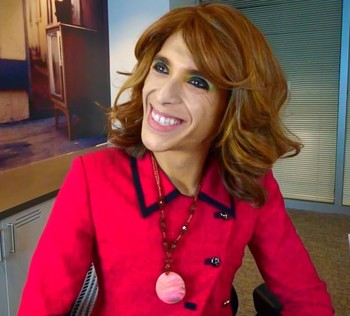 "I had my heart surgically removed with my ovaries last july." 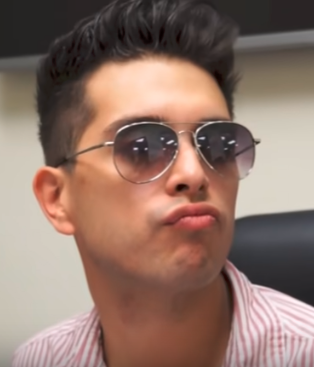 An employee of the office Bryce runs. He makes a point of being very gay and thinks this makes him superior. 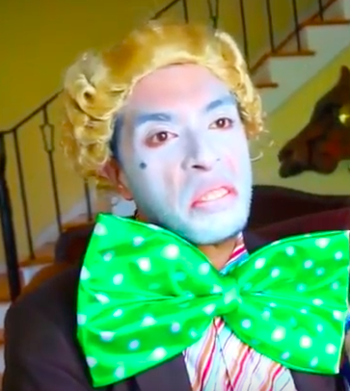 "Oh dear, I seem to have spotted a cunt. Good day!"
Japanese Girlfriend 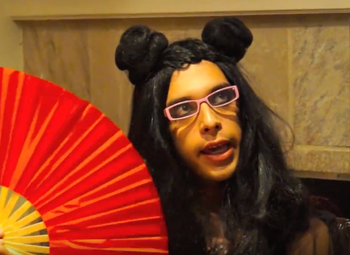 "If you cut sushi like you suck dick, I'd have a three course meal by now."
Sebastian Hernandez 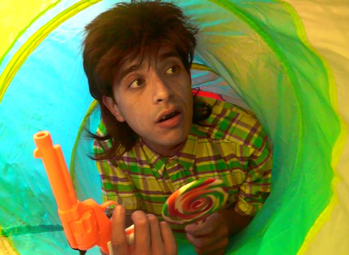 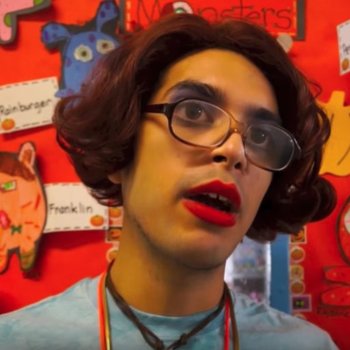 "Why don't you get your math done before you get pregnant!"

A hall monitor who has a love/hate relationship with her job. 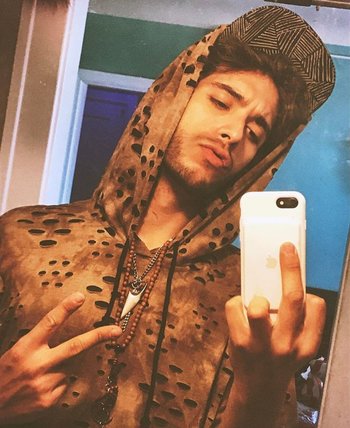 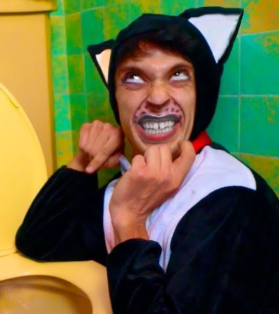 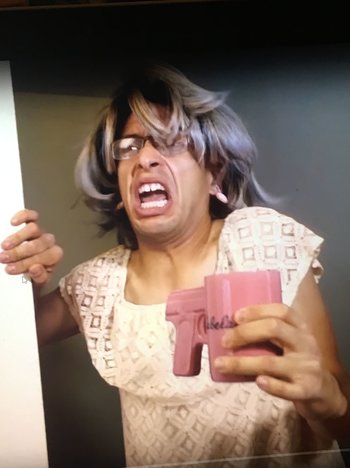 "My name is Darlene and I'm an astrological lesbian."
Lucious Cowpussy 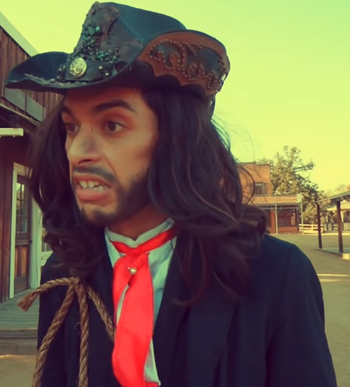 An Old Western bandit working with a prostitute to find a town of immortality.
Lucious: It appears we landed in the age of witchcraft, my dear.
Lucious: I rape and I kill, and I only do the second if I have energy after the first.
Eric 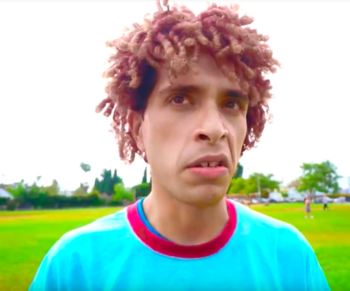 "Technically, this is slavery cause we're not getting paid." 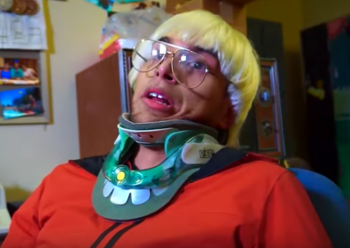 "My name is Coach Ball Browstein and I'm the swimming instructor at this goddamn fucking elementary school."

The disabled brother of Helen who takes the job of swim coach. 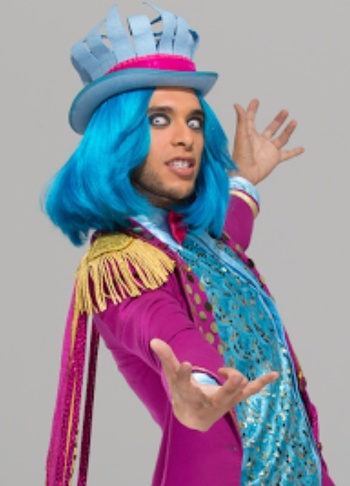 The man behind kids' show "Magic Funhouse!" who makes life hell for his coworkers. 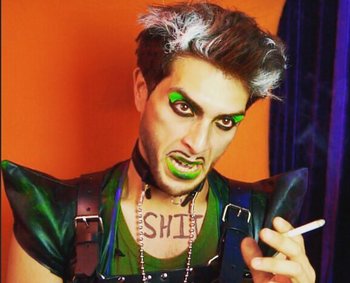 "I'm not reaching for the stars, I just want everyone to love me... and then I want to kill all of them." 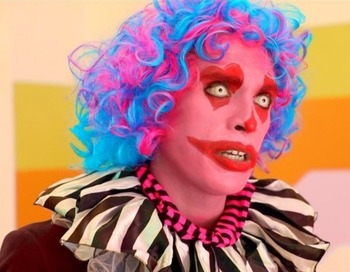 "Who the fuck said stairs were fun on acid?"

A clown from a children's TV Show.

Felix
A sleep paralysis monster who gets no respect.
Simian 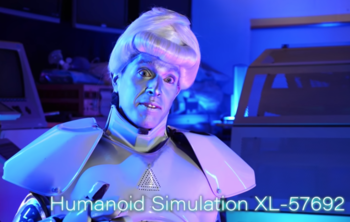 "Mother and I love doing many activities together like making music videos. Oh, I hate that." 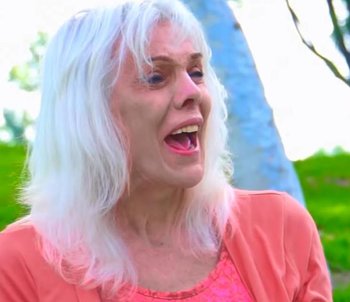 "I been waiting here for so long I went through menopause again!"

Portrayed by Paulette Jones, Alariza Nevarez (as a young adult)

Sam's crass and loud roommate who has a love for guns and violence.
Lady Mingeworthy 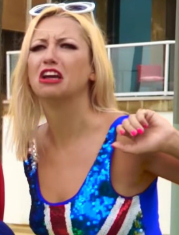 The Japanese Girlfriend's boyfriend, who's American.

Eric's father who works at his school as a P.E. coach and dismisses him as his son.