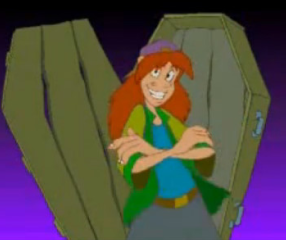 Voiced by: Riccardo Durante
The computer fixit who was tricked by Dr. Neurosis into fixing the computer. All doesn't go well when Lance calls the Mad Scientist "average", and now he's on the run from the Big Bad's minion Fritz as he finds a way to the doc himself. Lance is an avid video game junkie, and a bit of a smart mouth. 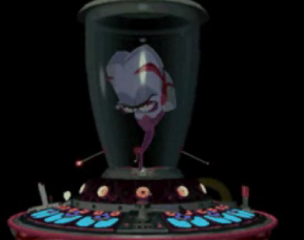 Voiced by: Dave Quesnelle
A gigantic brain who was planning on taking over the world. However, during the beginning of the game, the computer breaks down, so he 'hires' Lance to fix it. When he is to get rid of Lance, he calls the Mad Scientist "average", prompting him to command Fritz to finish him off. When Lance escapes, he awaits as Lance confronts him. As soon as he does, he tricks Fritz into firing him, then causes Fritz to fall into Neurosis' tank, and Lance "flushes" the two from one of the controls. 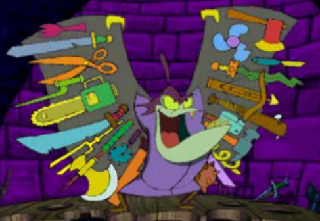 Voiced by: Joe Joe Giampapa (though Fritz doesn't speak in any languages at all, but only in grunts and gibberish.)
Fritz is a hunchbacked little imp with hooks for hands, who carries an array of deadly gadgets that he uses to kill Lance. His apparent lack of brains doesn't prevent him from being a lethal adversary. Lance is pursued by him throughout the game. He is Dr. Neurosis' "pet" and diligently follows all orders given to him. 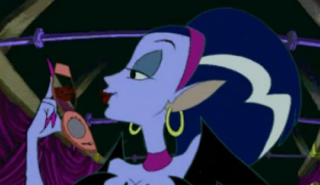 Voiced by: June Brown
Vivi is a curvaceous, vampiric vixen with a Southern belle accent who runs a "funeral salon". It is generally an excuse for her to dismember or suck the blood of unwary or unwilling patrons like Lance. 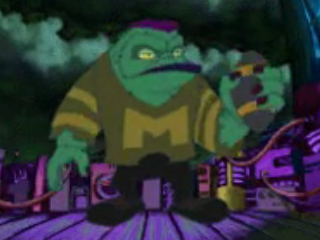 Voiced by: Blayne Burnside
A big, dumb, Frankenstein's Monster-like giant, who spouts various sports phrases and wields a baseball bat and a football.