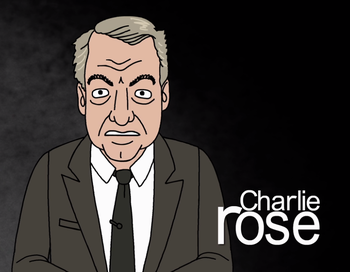 The host of The Charlie Rose Show who interviews BoJack about Horsin' Around in the first scene of the series. 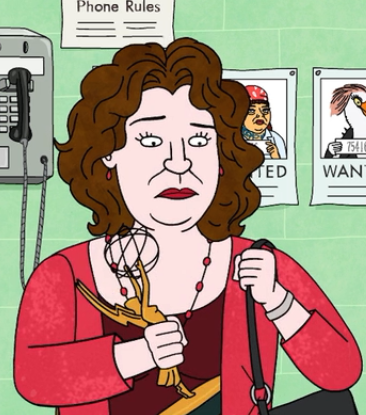 A character actress who often helps Bojack out with some of his crazier schemes. 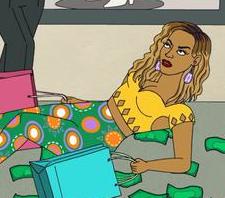 A celebrity who ends up being used by BoJack as a distraction in "Our A-Story Is A D-Story". 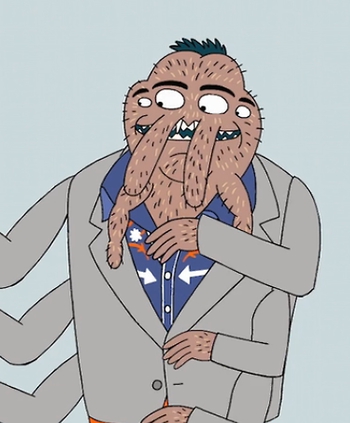 Fictional Counterpart to Quentin Tarantino. Big time producer who ends up involved into production of "Mr. Peanutbutter's Hollywoo Heist", regarding Mr. Peanutbutter apparently stealing the "D" out of the Hollywood sign as a marriage proposal for Diane. 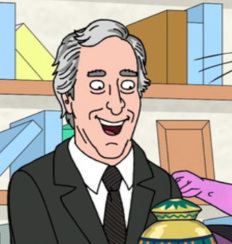 You know who? Exactly. That guy from that one episode of Law & Order: Special Victims Unit. 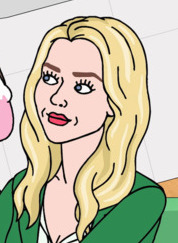 An over the top, caricature version of Watts herself that ends up involved with BoJack as part getting into character as Diane, whom she's playing in an adaptation of the events surrounding Diane's and Mr. Peanutbutter's engagement using the "D" as a Grand Romantic Gesture. Yep. 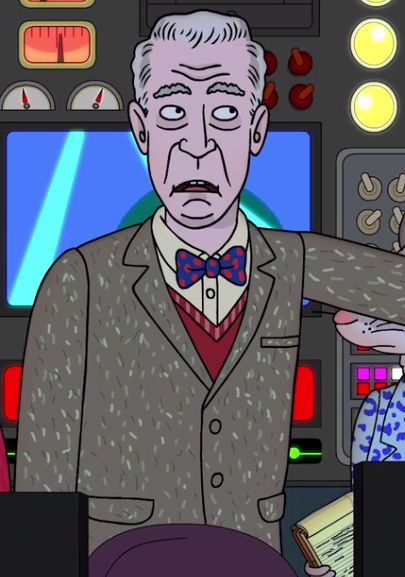 A famous novelist known for The Catcher in the Rye...and not much else. Tired of writing and pressure from the public, he ends Faking the Dead and becomes a Reclusive Artist, at least until Princess Carolyn finds him and gets him started on MBN and Hollywoo. 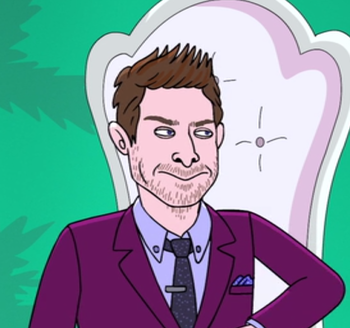 The surprise "big celebrity" that Bojack has to go up against in his Game Show Appearance.

An unfortunate version of Ethan Hawke. 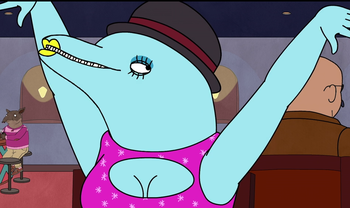 An up-and-coming international pop star that seems to have occupied the place left vacant by Sarah Lynn after her fall into addiction. In the season 2 finale, she hires Diane to be her ghost tweet writer per the suggestion of Princess Carolyn. 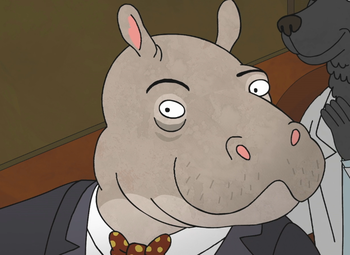 Former host of Hank After Dark, a late talk show in The '90s, Hank becomes one of the judges for the MBN show "I Think You Can Dance" and Mr. Peanutbutter's co-worker, who idolizes him. However, this seemingly harmless celebrity may have his own skeletons in the closet...

A famous movie star, and one of the clients at VIM. He invites Diane to a party at his house.

A spoiled aloof actress whom Princess Carolyn sets up with Todd to improve her relatability to audiences.
Vance Waggoner

One of the most controversial movie stars in Hollywood, Waggoner has slipped in and out of people's minds due to a long list of misdemeanors (including some of the most disgusting, over-the-top behavior any celebrity would dare to replicate) which have threatened his career over the years. Now hoping for work, Waggoner is approached by Princess Carolyn to star in Philbert, which is only a recipe for disaster... if only BoJack wasn't already taking an accidental shot at Waggoner. 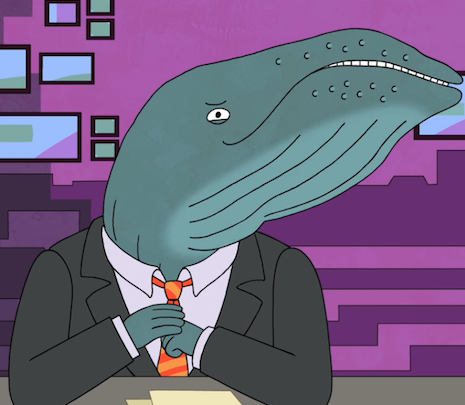 Tom Jumbo-Grumbo: Who wrote this? Was it Randy? It was Randy, wasn't it?

A writer for MSNBSea whom Tom always ends up in a squabble with. 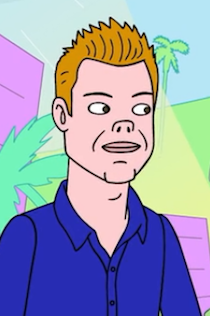 Yeah, this one is exactly what you think. A No Celebrities Were Harmed version of Ryan Seacrest, he often hosts Excess Hollywoo(d) with Some Lady, functioning as the series' other Coincidental Broadcast.

An Actress Or Something

Again, exactly what it says on the tin, this time a pastiche of Billy Bush. He appears in "Thoughts and Prayers" alongside A Ryan Seacrest Type. 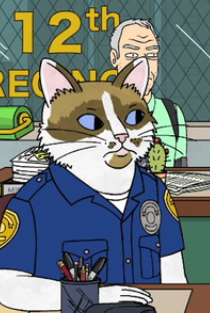 A cat policeman who shows up repeatedly over the course of the series. 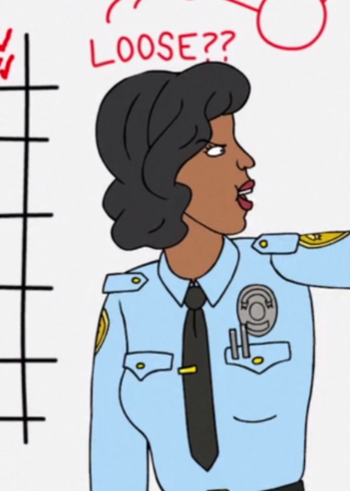