Characters / BOFURI: I Don't Want to Get Hurt, so I'll Max Out My Defense

This is the character page for BOFURI: I Don't Want to Get Hurt, so I'll Max Out My Defense

The guild founded by Maple and Sally. While they are small in number, they are often considered by the in-universe player base of NewWorld Online to be the game's "strongest party" due to their high synergy. Despite their notoriety, however, anyone who gets to know them will soon realize that they are also a team of oddballs who frequently humor the antics of their leader.
In General 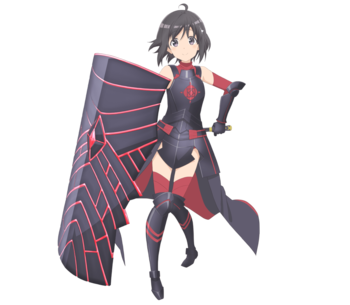 The main heroine of the story, a girl who was convinced to play New World Online by her friend Sally. Unaware of how games work, she chose the Great Shielder class and invested all her skill points into Defense to avoid being in pain - accidentally becoming a Nigh Invulnerable defensive powerhouse in the process. She later learns the ropes of the game and becomes the guildmaster of Maple Tree.
Sally / Risa Shiramine
Voiced by: Ruriko Noguchi (Japanese), Jad Saxton (English) 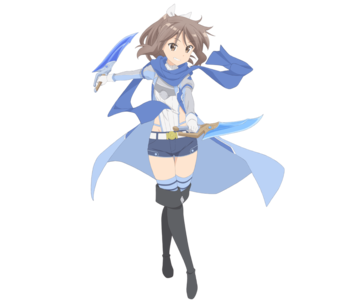 Kaede's best friend, who convinced her to play New World Online. An energetic girl with a history of professional gaming, her build in-game is a high-agility Glass Cannon which allows her to take advantage of her heightened real-life reflexes to dodge attacks. 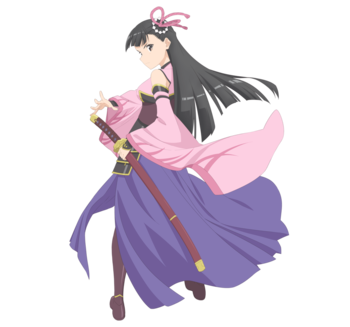 A samurai who placed sixth in the game's first event, who packs incredible speed capable of matching Sally. Initially hostile to Maple and Sally, she befriended them after completing a quest together.
Kanade
Voiced by: Satomi Arai (Japanese), Brittney Karbowski (English) 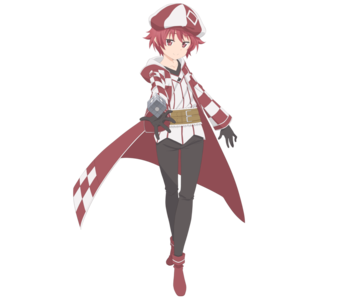 A mage who Maple befriends during the second event. He has a knack for puzzle-solving and analysis.
Mai and Yui
Voiced by: Ai Kakuma (Mai) and Nanaka Suwa (Yui) 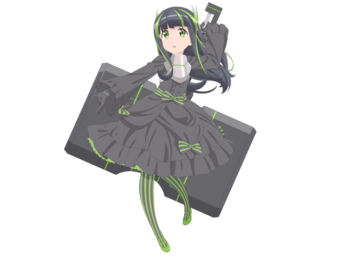 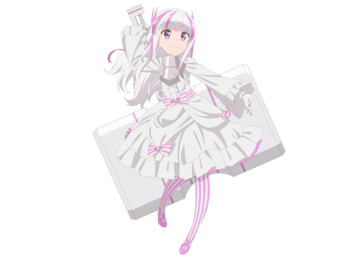 Yui
Two sisters who, like Maple, invested all their skill points into one stat - strength. Maple recruited them after they were rejected from other guilds due to their unorthodox builds. In-game, they are hammer wielders with low survivability and mobility, but absolutely ruinous power.
Chrome/Kuromu
Voiced by: Noriaki Sugiyama (Japanese), Anthony Bowling (English) 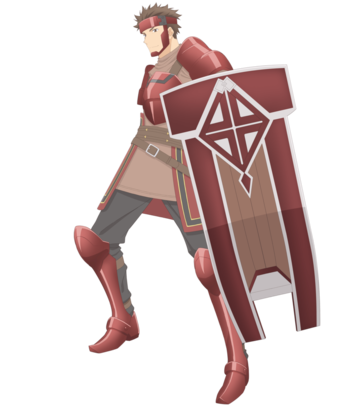 One of the first players that Maple meets, a more conventional great shielder with a more balanced mix of offense and defense. Friends with Iz, he also participates in the New World Online chat room. 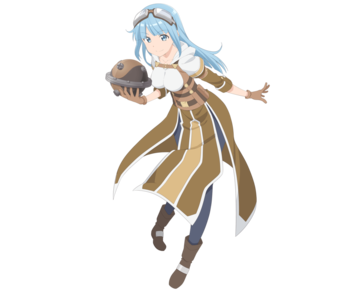 A crafter who takes commissions for custom gear, who later becomes the guild crafter. Friends with Chrome. 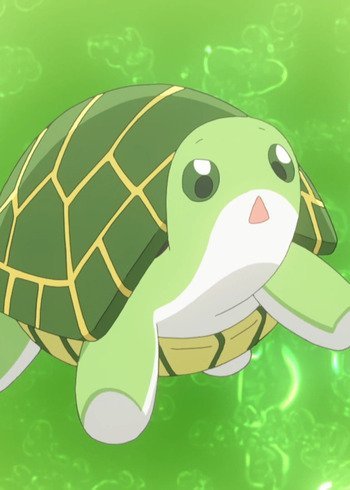 Maple's pet, a small tortoise. Maple frequently uses a combination of Megamorph + Telekinesis to grow him to massive size and allow him to fly, allowing him to serve as a means of transportation.
Oboro 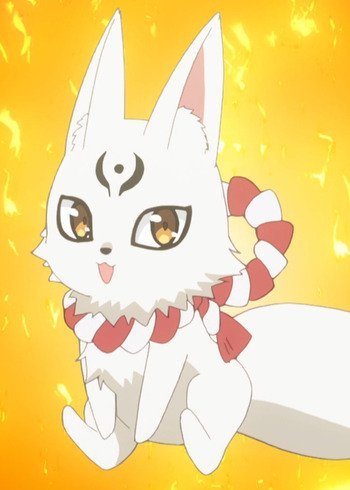 Sally's pet, a small white fox. Can use fire attacks.

Order of the Holy Sword

The main contender for the title of the number one guild of NWO, it is a large guild with hundreds of members in the light novels. The Order of the Holy Sword is notable for the high quality of its leaders as three of the top five players of the first event are members of this guild.
Payne
Voiced by: Kensho Ono 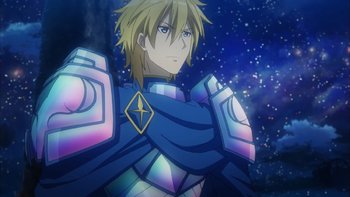 Leader of the Order of the Holy Sword, and considered to be the strongest player in the game when it comes to PVP. Is also significantly higher level than just about every other player, with his level estimated at around 2-3 times Maple's.
Dread
Voiced by: Takumi Yamazaki 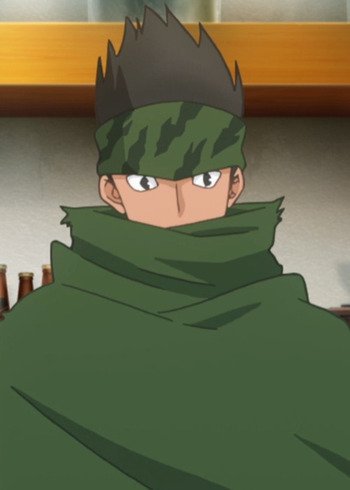 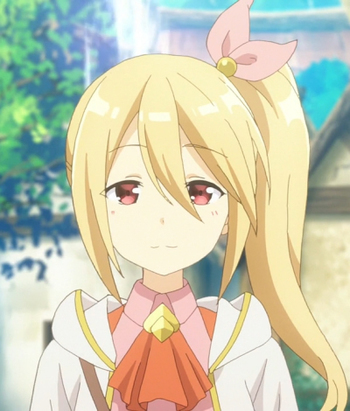 A mage who gave Maple leveling advice at the start of the game.
Drag
Voiced by: Nobutoshi Canna 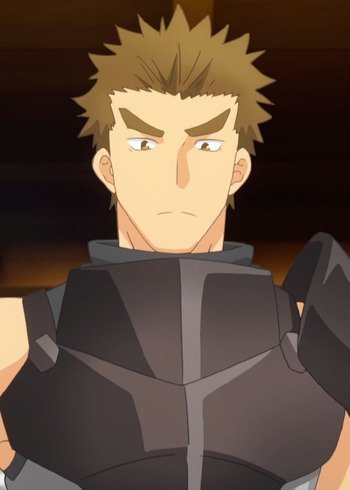 Player who ranked fifth in the first event, an Axe Fighter with high-power attacks.

One of the contenders for the strongest guild in NWO, they are a large guild with over a hundred members in the light novel. They are centered on the charismatic leadership of Mii.
Mii
Voiced by: Rina Sato 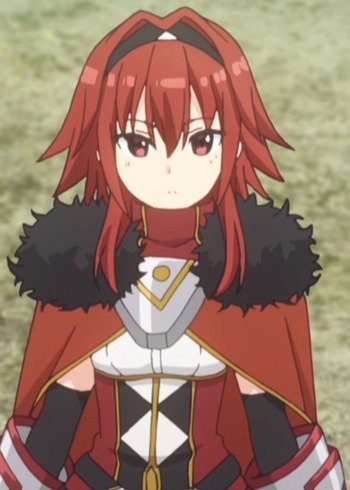 Leader of the Flame Emperors, a powerful fire mage with overflowing charisma. Ranked fourth in the first event.
Marcus
Voiced by: Akira Ishida 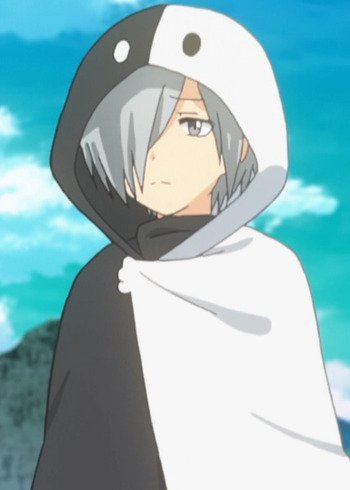 The Trapper of the Flame Emperors. Ranked eighth in the first event.
Misery
Voiced by: Yuko Minaguchi 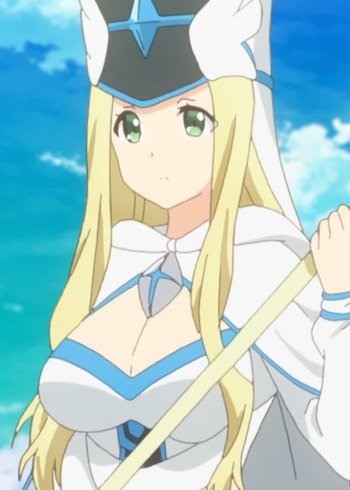 The Cleric of the Flame Emperors. Ranked tenth in the first event.
Shin
Voiced by: Kappei Yamaguchi 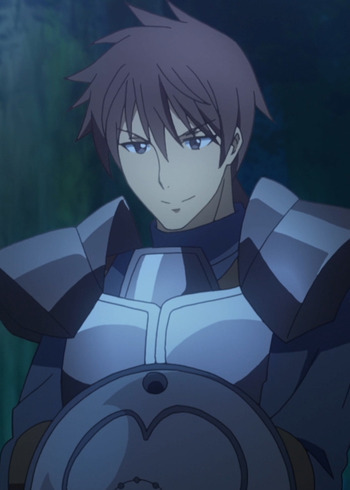 A member of the Flame Emperors known as the Split-Sword for his unique combat style. Ranked seventh in the first event and seems to knows Kasumi personally.

New World Online Chat Room
A chat room where Chrome and various other players anonymously give their thoughts on all the different things happening in the story.
Drazō
Voiced by: Sakura Tange (Japanese), Monica Rial (English) 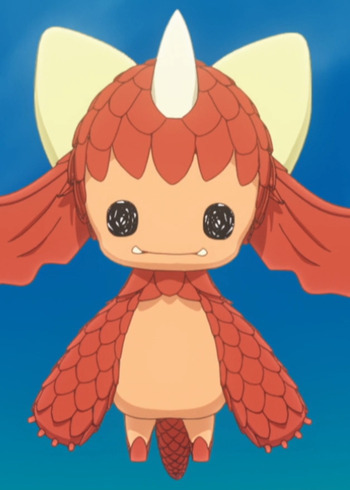