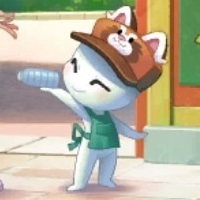 Chief Refreshment Manager
The MC of the game. Was working at a refreshment stand at the zoo when they accidentally curse a bunch of guys with magic water. 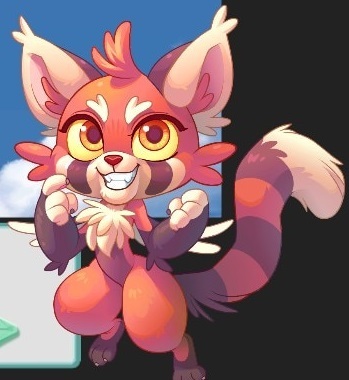 A magical being that looks like a red panda. Has the same role as Crush Crush's Q-Piddy, teaching the player how the game works. 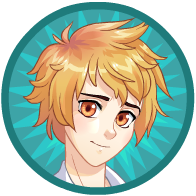 A shy man that was turned into a rabbit. The first boy encountered, staying at the zoo and hoping for a refund.
Volks 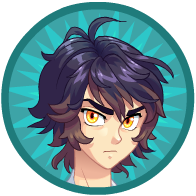 A gruff loner that was turned into a wolf.
Kelby 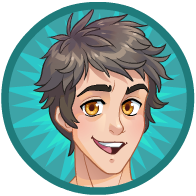 An athlete that was turned into a rooster. He doesn't let that stop him from exercising or volunteering as a lifeguard, though. 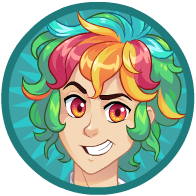 A flamboyant hedonist that was turned into a pegasus with a rainbow mane. He's actually pleased with how fabulous his transformation made him, but won't turn down the player wanting to party with him.
Anon 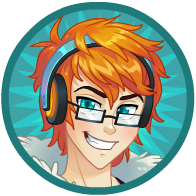 An Scottish/Irish hacker that was turned into a lemur.
Garret 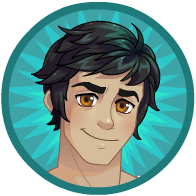 A friendly animal caretaker and lumberjack that was turned into a blue bull.
Dmitri 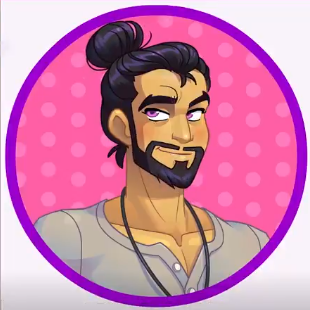 A boar that won't let his transformation get in the way of what he's passionate about, such as the pottery class he instructs.
Ichiban

The first kiss
A popular streamer that got transformed into a pinkish-purple tiger.

The first kiss
A veterinarian turned into a ram. He learned about the curse when Nimh came in for a checkup.
Myx 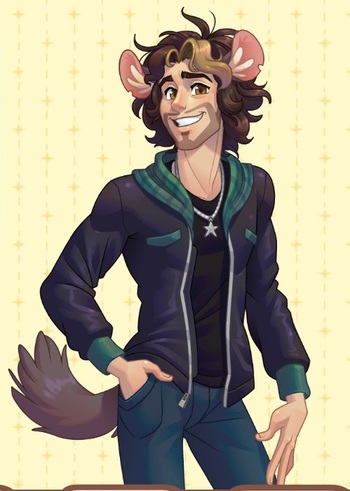 His partially-transformed state
A musician turned into a chinchilla, who Marshmallow finds helping some old ladies in their knitting club.
Stirling 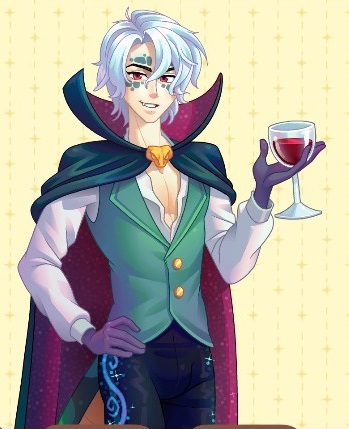 His partially-transformed state (note the tail and the scales around his eyes)
A vampire turned into a serpent, who is mainly dismayed that his lack of limbs interferes with his favorite hobby: figure skating.
Scale

An apprentice assassin-turned-dragon who was on the hunt for Stirling until his transformation made him set his sights on Marshmallow. His attempt occurs during a piano concert, but being spotted upsets him to the point that he gives up and demands being turned back. 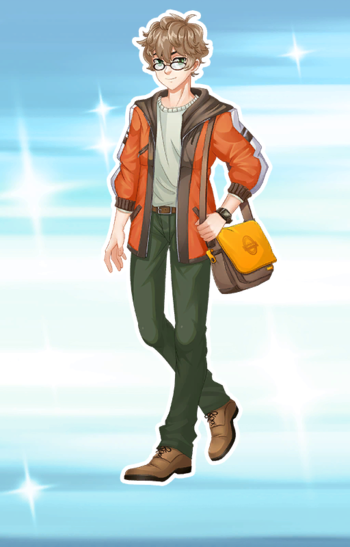 A shy man that came across Marshmallow's name when one of the love interests left a bookmark with it in a library book.
Boss 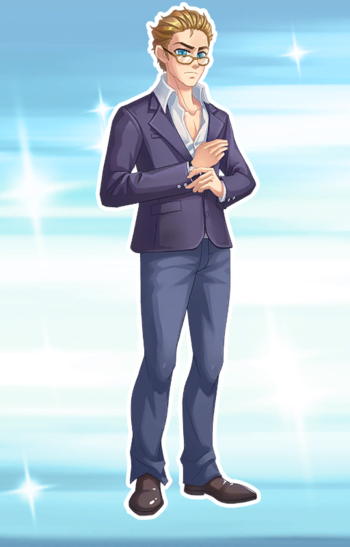 Marshmallow's boss at the zoo. Fired them for the gross incompetence that caused the animal transformations, but still expected them to come to work for no pay, leaving the place short-staffed and him fuming.
Felix 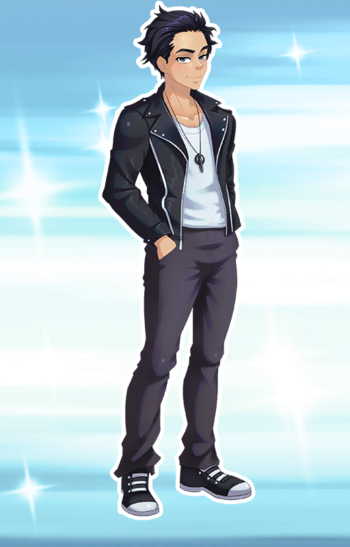 Felix in his usual, non-protesting outfit.
An energetic protester who dials Marshmallow's number at random to send out uplifting messages.
Reece 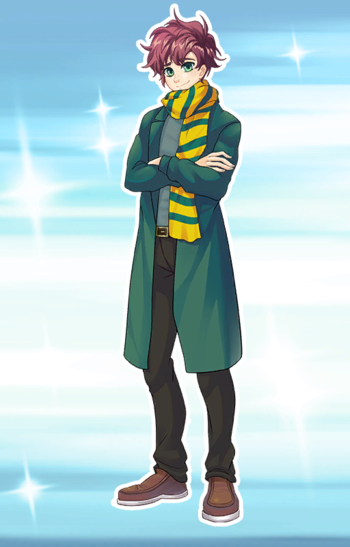 Reece, as he never appears in-story.
An adventure-seeking time-traveler, whose gear (and clothes, save for his scarf) got magic'd away upon entering Marshmallow's era.
Ace 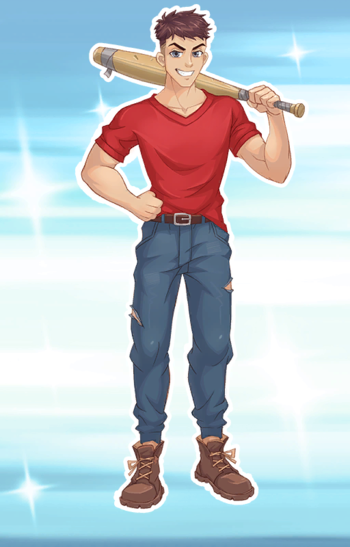 A member of BATS! (the Baseball Aid and Trust Society), and a friend of Kelby, who tries to recruit Marshmallow for a charity game when they're short on players.
Ferris 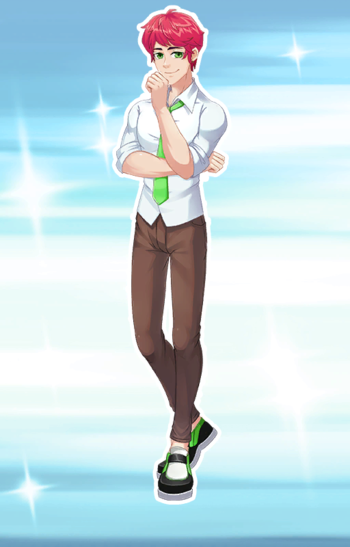 A fatigued office worker from Crop Corp. Inc., randomly calling to conduct a survey on what consumers expect from their food products.
Poe 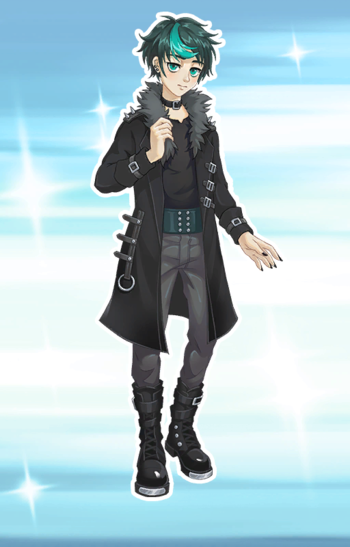 Poe's sole picture in which he has a full outfit on.
A student currently majoring in English with a penchant for poetry and a habit of musing through text. Accidentally texts Marshmallow when he thinks he's talking to his phone's Sirina.
Logan 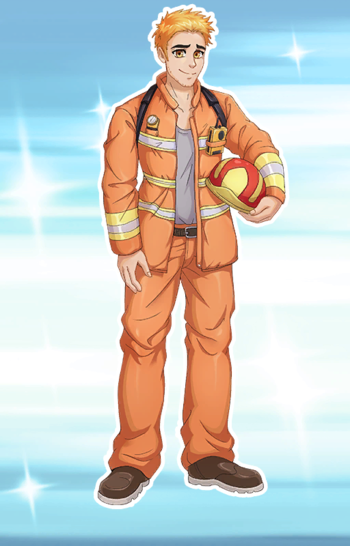 A firefighter who contacts you after rescuing a small cat, assuming it was yours. He has a very poor choice in words and can come off strangely.
Finn 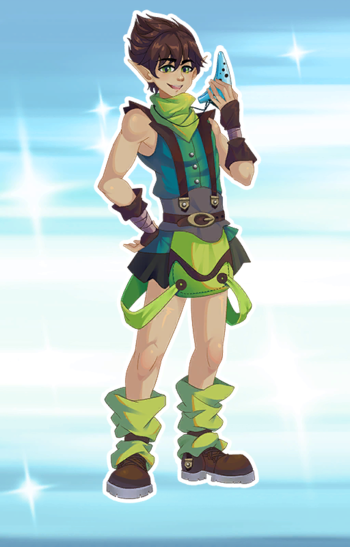 An elf who contacts you after being pointed your way by a female deity who says that you hold the knowledge and power required to defeat Harddix.
Leo 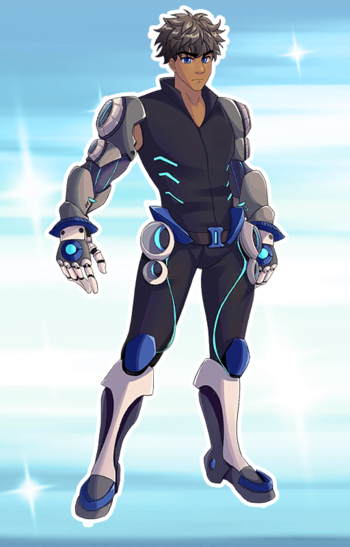 A cyborg whose console links up to Marshmallow's cell phone. As a result, he identifies them as his master and follows their orders as he tries to save the world.
Seth 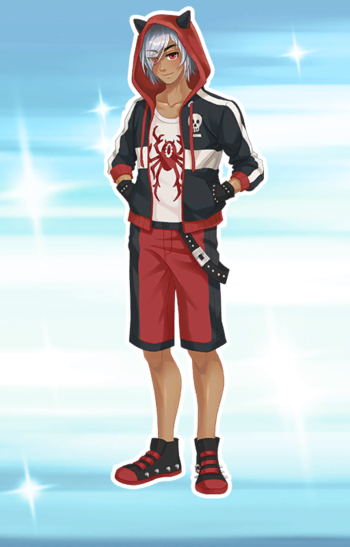 A friend of Stirling's, and a literal devil. Challenges Marshmallow to wager their soul and answer his riddles, but promising to fulfill any outlandish requests on defeat.
Jaxon 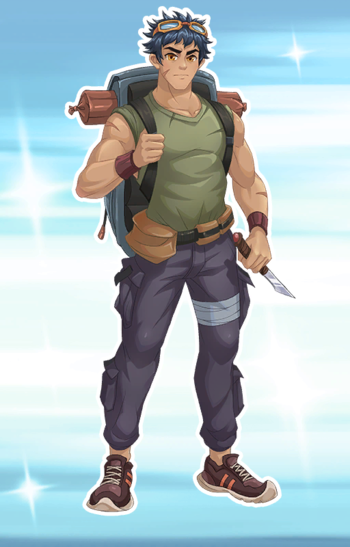 An adventurous Australian who wandered into the brush days ago and randomly found a phone there.
Drake

A student of Snogwarts (where Vellatrix still teaches) who was held back a year, mainly because a curse prevents him from practicing magic while wearing more than his underwear. Contacts Marshmallow because they're a Professor of Charms and Transformations, making reference to the magic water from the game's introduction.

A professional detective who uncovered Marshmallow's number while trying to ascertain the whereabouts of his assistant, Winston. Treats mysteries like games, with the solution as its own prize.

An all-natural merman who contacts Marshmallow through a magic mirror. Though initially dismissive, he quickly becomes enamored to the point of purposely endangering himself to keep their attention on him.

A man that was turned into a blue hedgehog, fastest of all animals.