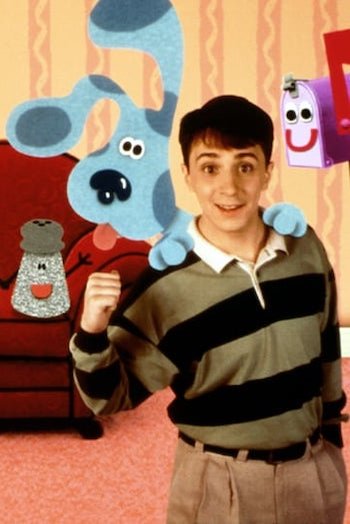 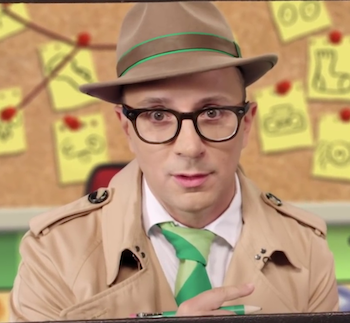 Blue's owner before he left for college. Blue's Clues & You! reveals that he now runs the Blueprints Detective Agency. 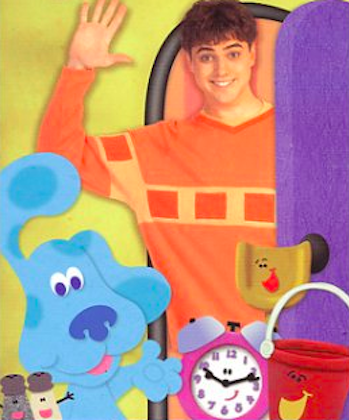 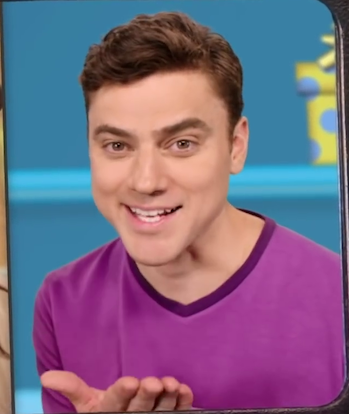 Steve's younger brother. Blue's Clues & You! reveals that he works at the Present Store. 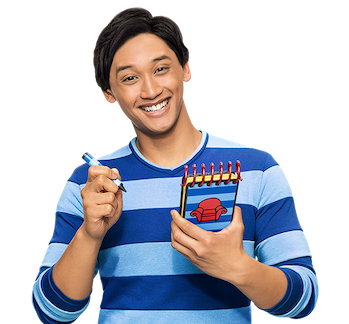 In general
Tropes shared by all of the house residents.
Blue 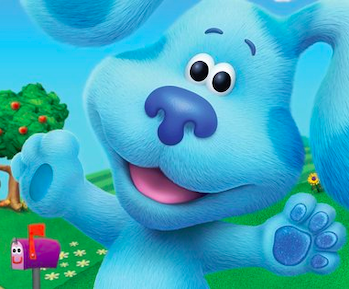 The title character, a blue spotted dog. She communicates with her owners by leaving trails of paw print clues. 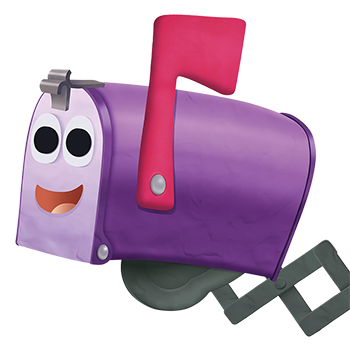 The mailbox who lives in front of the Blue's Clues House. He delivers a letter to the host in each episode. He moves around on a rubbery "extendo" arm. He loves to crack jokes and wants to be a comedian when he grows up. In the original show, he talks with a thick Brooklyn accent.
Sidetable Drawer 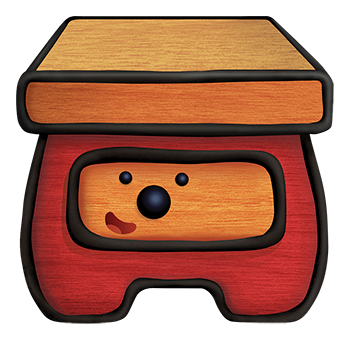 The keeper of the Handy Dandy Notebooks. The hosts visit Sidetable before each game of Blue's Clues. She is shy and soft-spoken and has a hidden talent for singing. In the original series, she was also the keeper of Steve's telephone.

A family of spice shakers. Mr. Salt and Mrs. Pepper are the parent figures of the house, who are always prepared to help Blue with some advice or a snack. They have four kids: Paprika, Cinnamon, and two baby twins named Sage and Ginger.

In "Blue's Big Holiday," it is shown that Mr. Salt and Mrs. Pepper are also the owners of the house. The flashbacks reveal that they raised Steve and Joe themselves. 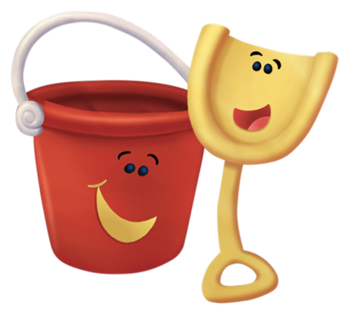 Two sandbox toys who live in the backyard. They accompany the hosts whenever a game of Blue's Clues takes place outside. They are interested in all kinds of plants and wildlife, and they want to be veterinarians when they're older. They are a brother (Shovel) and sister (Pail). 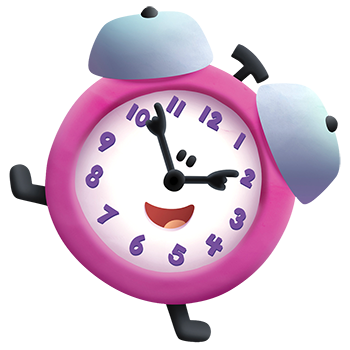 The alarm clock who wakes the residents of the Blue's Clues House each morning. She is very number-oriented, likes to keep schedules, and often helps the host out with basic math. She lives on Blue's nightstand. 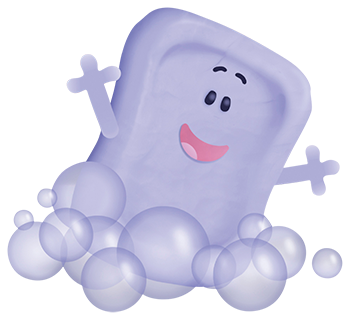 Tickety's best friend, a bar of soap who lives in the bathroom sink. He is very clumsy and tends to slide around wherever he goes. He dreams of becoming the captain of a boat when he grows up.

Another dog, who lives nearby.

A dog who goes to Blue's school.

Another classmate of Blue's.

A classmate of Blue's.

A cat who lives nearby and likes to do magic tricks.

Polka Dots
Blue's stuffed puppy friend. Polka Dots was Blue's favorite stuffed toy, who came to life in Blue's Room. Previously seen on the Blue's Clues episodes "Blue Goes to the Doctor" and "Meet Polka Dots!'", this character was referred to as female in those episodes, but is portrayed as male in Blue's Room. Although this character has not yet been seen on Blue's Clues & You, he is featured in an episode of the podcast

based on the series called Story Time with Josh & Blue. He also is featured as a light-up "lovey" with the Bedtime Blue plush toy merchandise release.
Roar E. Saurus
A stuffed t-rex.
Frederica "Fred"
A princess rag doll who likes to pretend it's her birthday.
Silly Seat
An armchair who likes telling jokes.
Doodleboard
An easel who likes drawing pictures and playing a game called "Doodle Doodle Guess".
Dress Up Chest
A chest who holds costumes for Blue and her friends to wear.
Sprinkles
Blue's baby brother. He is introduced in a special to premiere the show's second season and then appears in installments after that.
Moona
Voice: Christiana Anbri
A moon fairy.
Key
Voice: Jared Goldsmith
The key that unlocks Blue's playroom.
Handy Dandy Journal
Voice: Brianna Gentilella
A journal that Blue writes in.
Dictionary
Voice: Brianna Gentilella
A dictionary that contains the "word of the day".

Alternative Title(s): Blues Clues And You