The embodiment of Gehenna and father of Rin and Yukio. 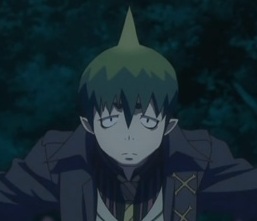 Mephisto's younger brother and another son of Satan, known as the "Earth King". He seems rather detached and childish and doesn't care much about Rin, preferring to go tour Japan. 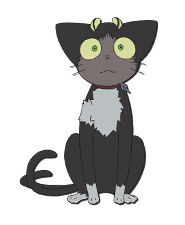 A cat sith who used to be the guardian deity of some local silk farmers. Was forgotten by people as the times changed, going berserk, but Fujimoto was able to tame him and make him his familiar. Later became Rin's familiar after he calmed Kuro from the rage of hearing about Fujimoto's death.

A Greenman and Shiemi's familiar.

Known as Hachitaro of the Sanko, this man is a super-high level demon known as a Hydra and the one who initially gave Shura her Ancestral Weapon due to a pact made with her ancestor. He's intent on Shura having a child to continue honoring their deal.