Erin's boss, the District Attorney of the Borough of Manhattan, through seasons 3 and 4.

Amanda Harris's replacement after she is arrested for her prostitution scandal.

While in plainclothes at a bar during the Season 2 premiere, Jamie Reagan saved a young man's life from an accidental overdose. The guy turned out to be Noble Sanfino, the heir to a major crime syndicate. OCCB parlayed Jamie's brownie points into an undercover assignment for the rookie cop.

The new Inspector General as of Season 4.

A former NYPD detective now working as a DA Investigator who assists Erin with her cases.

A spotlight-loving black pastor who frequently clashes with the NYPD and Frank in particular over race issues, including leveling accusations of Police Brutality.

Maria Baez' older brother, a heroin addict who's caused nothing but trouble for the family since he was a teenager. 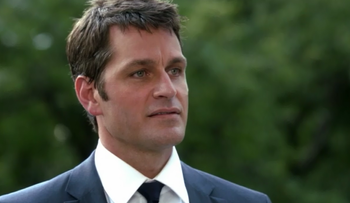 A state level prosecutor who's fixated with accusations of misconduct in the NYPD and making life hell for the Reagan family.