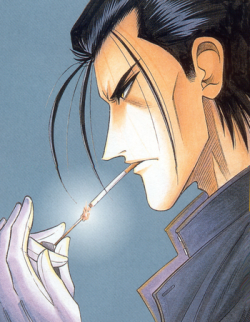 A police officer and former Shinsengumi from the Meiji era who ends up being drawn into non-human politics when Kenshin and Aoshi are converted to ryu. He refuses to let them change him, but he quickly becomes the government's liaison and handler for all of the youkai. 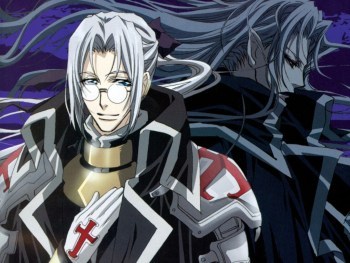 A mild mannered priest and doctor from Europe who also happens to be a "krsnik", a being blessed by the ancient gods of his homeland to fight vampires. Currently hiding from his powerful, evil brother Cain. 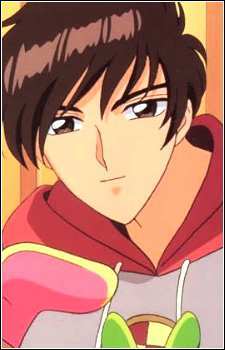 A young man who they find wandering the world with a group of hanyou in Year 10. He has earth power which nullifies magic effects.

A very large, very oblivious dragon-scholar, a skilled mage and currently living with Pegasus, his companion.

Shiroe's human lover, pet, and assistant - and, it turns out, the very first ryu-youkai.