NOTE: Due to trope names in character folders giving away certain twists, it is recommended that you watch Blood+ before reading character tropes.

An organization dedicated to killing Diva and chiropterans. Leadership of the Red Shield is passed down from father to son, with the current leader being Joel Goldschmidt VI. Many of its members have endured tragic encounters with chiropterans in the field and all members of the Red Shield carry an item containing a piece of red crystal taken from the crystallized body of destroyed chiroptera. 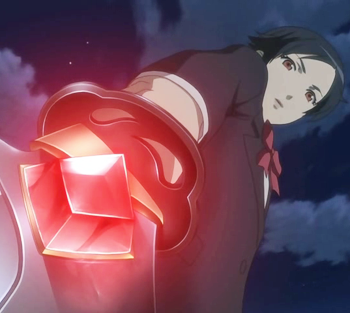 Saya Otonashi is the main protagonist of the series Blood+. 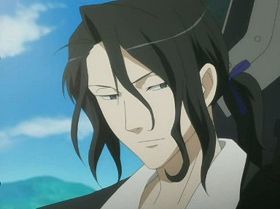 Hagi is Saya's first and only living chevalier and also her love interest. 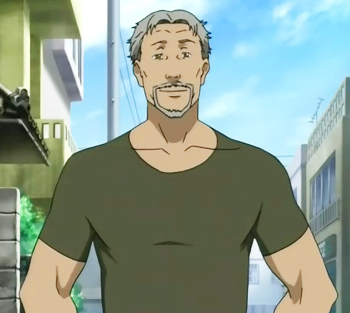 George Miyagusuku is an Okinawan-American US Army veteran and the adoptive father of Kai, Riku and Saya. 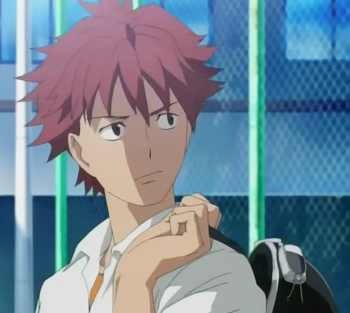 Kai Miyagusuku is one of the main protagonists of the series. He is the adopted son of George Miyagusuku hence, Riku and Saya's "elder" brother. 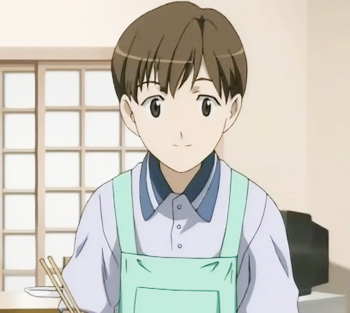 Riku Miyagusuku is the adopted brother of Kai and Saya, and the youngest of George Miyagusuku's three adopted children. 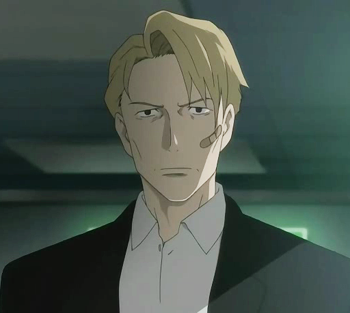 David is a member of the Red Shield. He works as an agent assigned to direct collaboration with Saya. 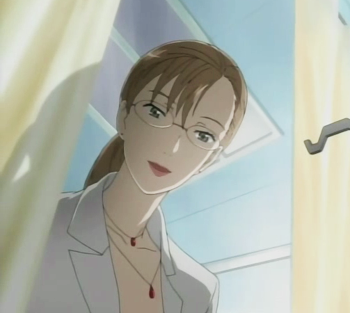 Julia Silverstein is a medical doctor working for the Red Shield and is also involved in chiropteran related researches. She graduated from Sorbonne University, the same University as Van. 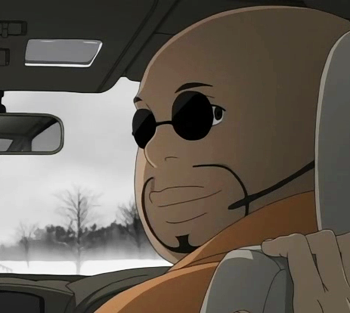 Lewis is a regular member of Red Shield and is responsible for providing gadgets and transportation for the organization's operatives. 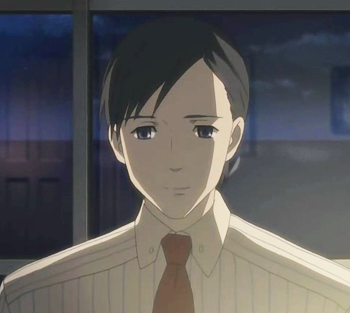 Joel Goldschmidt, the head of the Goldschmidt clan, is a wealthy researcher who studied evolution of beings. 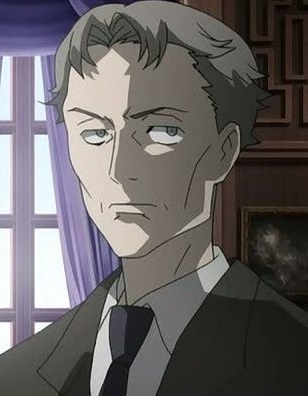 Professor Collins has been in the hierarchy of Red Shield directly behind Joel Goldschmidt. 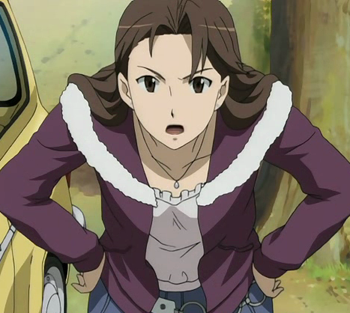 Mao Jahana is Kai's classmate in Koza Commerce High School who is obsessed with him. She is the daughter of the head of the Jahana Yakuza. 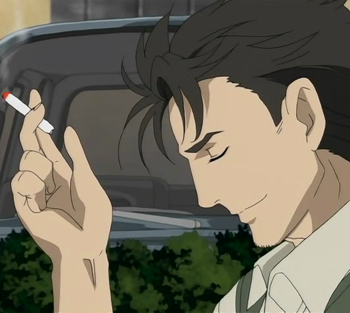 Akihiro Okamura is a somewhat jaded, down-on-his-luck, chain-smoking newspaper reporter and photographer for the Ryukyu Daily.

A pharmaceutical company owned by the Goldsmiths, is also active in other industries operating hundreds of companies, including food production, the high-tech industry, and military contracts. The group has influential contacts within the United States government. This company is what causes humans to turn into chiropteran when hearing Diva's Song; most likely because they put Delta 6-7 in the food they distribute. 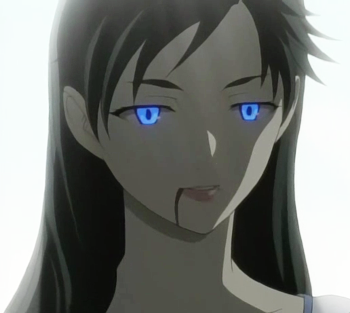 Diva is the main antagonist of Blood+. She is the younger twin sister of Saya, and the greatest sworn enemy of the Red Shield and Saya. Like Saya, Diva is a pure-blooded Chiropteran queen born from the Chiropteran Mummy. 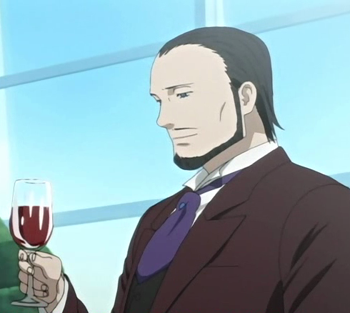 Amshel Goldsmith was the assistant of the original Joel Goldschmidt. He was Diva's first chevalier. 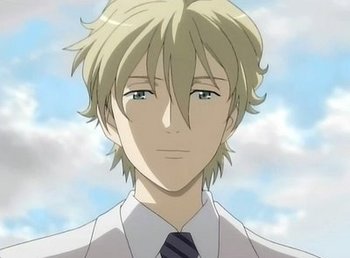 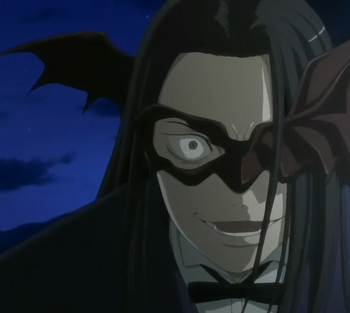 Karl Fei-Ong is one of Diva's wealthy chevaliers and her lover and a member of Cinq Flèches. He is the chairman of Lycee de Cinq Flèches, a renowned girls' high-school in Vietnam. He also has a second personality which is known as the Phantom. 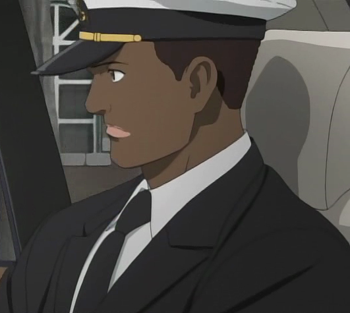 James Ironside was Diva's sixth and last Chevalier and used to be her favorite. He was in contact with the US military and also the leader of Corpse Corps. 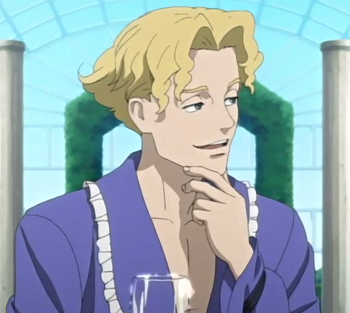 The chiropteran known as Nathan Mahler serves as Diva's chevalier, although it is kept a mystery whose Chevalier he actually is. 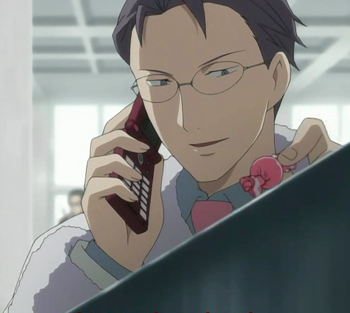 A group of artificial chiropterans created by Amshel in a place called Khirbet with the purpose of create living weapons for the government of the United States. They are all sentient beings, and seeing that they would die enslaved if they stayed in the facility where they were created, they rebelled against their creators and escaped from Khirbet. Due to their defective bodies, they burn if they are exposed to the sun and develop a disease named "The Thorn" that appears gradually in their bodies and crystallizes them, resulting in their painful deaths. They interrogated a scientist on how to cure the Thorn and were told only Saya's blood can save them and so they attack her multiple times during the series. 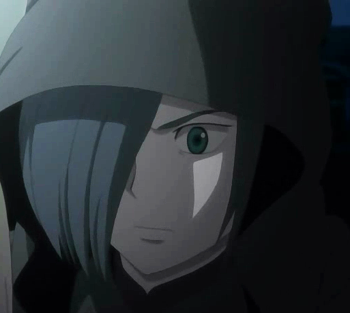 Moses, the leader of the Schiff, is the one who had encouraged them to leave the lab in Khilbet where they were created for the hope of freedom. 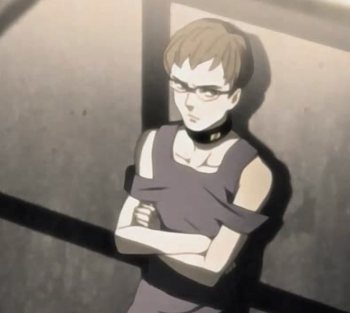 Karman is one of the schiffs hunting down Saya in order to survive. 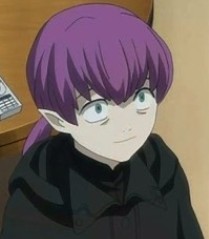 Lulu is the youngest Schiff member. 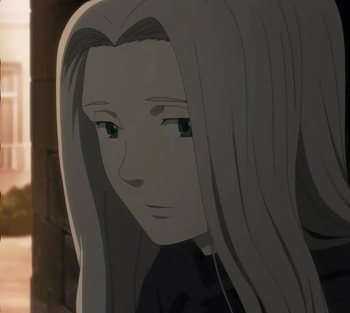 Irène is one of the Schiff, created from Diva's blood. 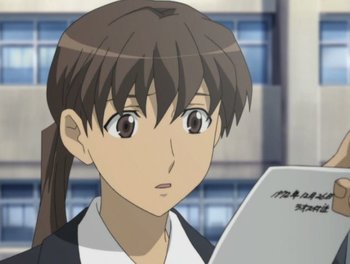 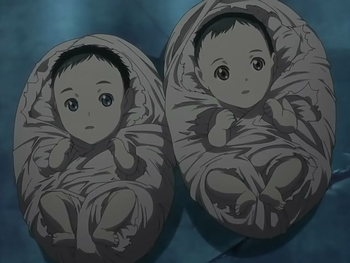 Diva's twin daughters, conceived when she raped Riku. They're born in the second-to-last episode of the series. As revealed in the light novels, their names are Kanade and Hibiki Otonashi.