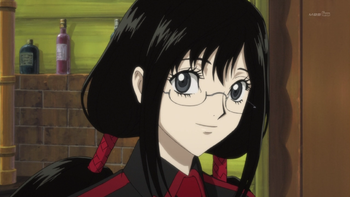 An upbeat, cheerful, and kind girl who trains under her father as a miko and is a very skilled sword fighter. Those outside of her family are oblivious to her duty as a hunter of Furukimono, or monsters that inhabit the town.

Saya's father and the priest at the shrine where he and Saya reside. 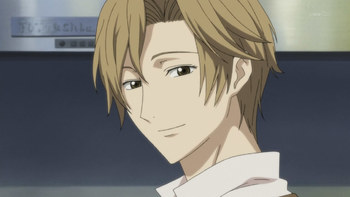 Saya's neighbor and the owner of Guimauve, a coffee shop near Saya's home. Actually the current leader of secret organization Tower and mastermind of the series's events. 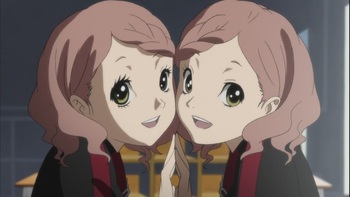 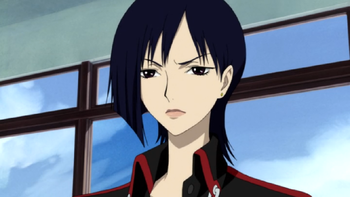 A mature classmate of Saya's who often has lunch with her. 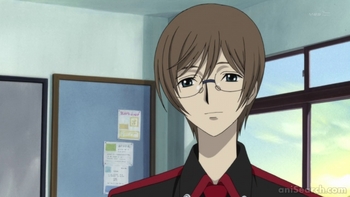 The class president. He has a crush on Saya. 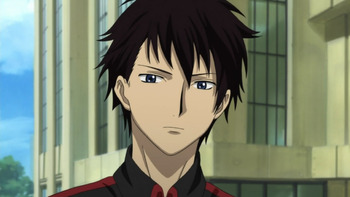 A quiet classmate who harbors a secret interest in Saya. 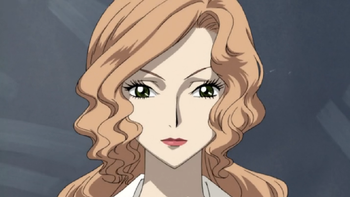 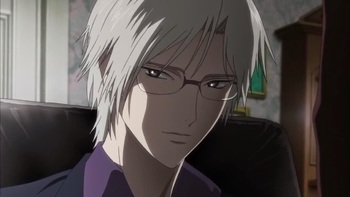 An internet mogul who leads the SIRRUT organization against Fumito.

A 17-year-old hacker and member of SIRRUT.

A young member of SIRRUT and Mana's former classmate.

Head of security for Seventh Heaven and Tower.

An unusual puppy with strange marks on his body who is usually seen near Saya, who finds that it can actually speak.

The Elder Bairns (The Furukimono)

A race of ancient creatures that feed on humans in Japan.

An American military investigator sent to investigate some gruesome murders in the Yokohama base in Japan in 1946. He appears in the manga Demonic Moonlight.