Characters in the Bleach series that have only appeared in its films. 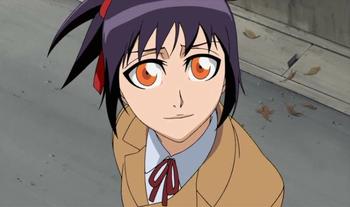 Voiced by: Chiwa Saito (JP), Gina K. Bowes (EN)
A character from the first film, Memories of Nobody, Senna is a mysterious girl with Soul Reaper powers whom Ichigo and Rukia encounter in the world of the living. Her zanpakuto is Mirokumaru.
Ganryu Ryodoji 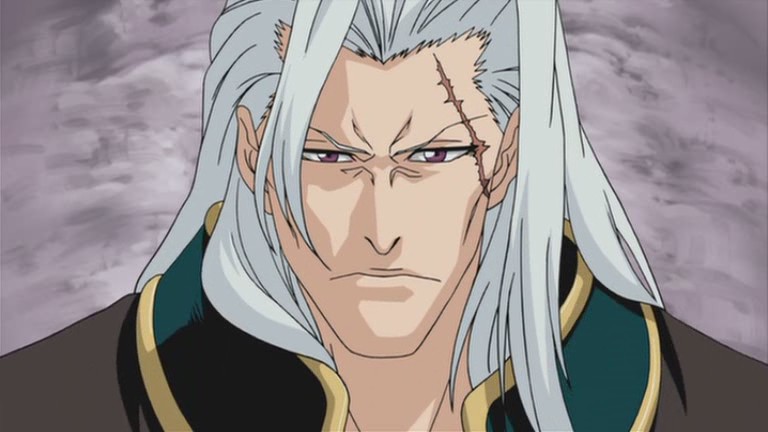 Voiced by Masashi Ebara (JP), Troy Baker (EN)
The main antagonist in Memories of Nobody, Ganryu is the leader of the Dark Ones, a group of Soul Reapers exiled to the Valley of the Screams.
The Dark Ones 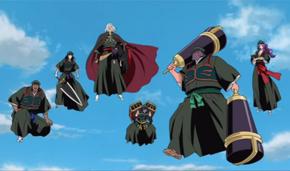 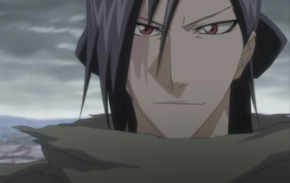 Voiced by: Akira Ishida (JP), Keith Silverstein (EN).
The main antagonist in the second film, The Diamond Dust Rebellion, Sojiro is an old friend and rival of Hitsugaya's, who attended the academy with him. It turned out that both of them had the zanpakuto Hyorinmaru, so in accordance with Soul Society laws, the two fought and Hitsugaya won * Due to the fact that the higher ups ordered for him to be killed though partly because he was willing to attack Hitsuguya first to keep his zanpakuto. The "duel" was really a Secret Test of Character which he failed. Kusaka, bitter about this, sought to destroy Soul Society with the Royal Seal.
Advertisement:
Ying and Yang 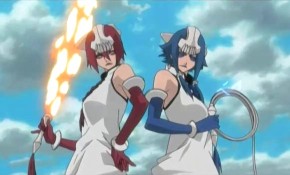 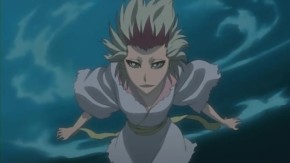 Voiced by: Aya Hirano (JP), Laura Bailey (EN)
Homura is Rukia's (adopted) younger sister and Shizuku's older sister, and one of the main antagonists in the third movie. She's highly possessive of Rukia, and wants to kill anyone who might come between the two of them.
Shizuku 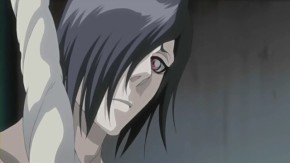 Voiced by: Hiroshi Kamiya (JP), Richard Cansino (EN)
Shizuku is Rukia's (adopted) and Homura's younger brother and one of the two main antagonists in the third movie. He erases people's memories of Rukia, as well as many of her own, in order to stay together with her forever, although he appears to be more emotionally stable than his sister.
Hollow Parasite
A unique Hollow possessing the ability to parasitize others and erase memories via the scythe-like blade on its tail.
Advertisement:
Dark Rukia 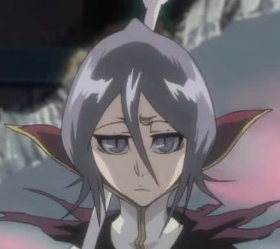 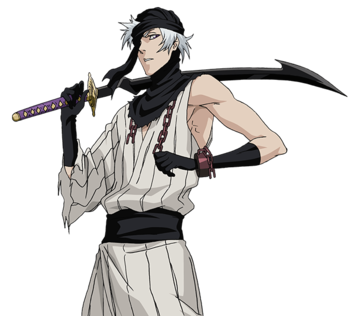 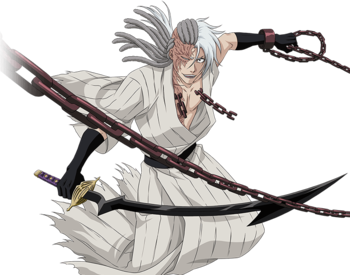 Voiced by: Kazuya Nakai (JP), Travis Willingham (EN)
A Sinner of Hell, damned due to committing heinous crimes for the sake of his dying sister that allies himself with Ichigo and his gang.
Shuren 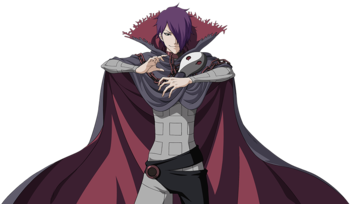 Voiced by: Toru Furuya (JP), Patrick Seitz (EN),
The ringleader of a Togabito (Denizens of Hell) band that wants to break their chains keeping them inside Hell. He himself is the most normal-looking one of the bunch.
Gunjo 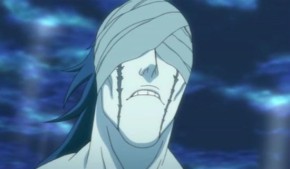 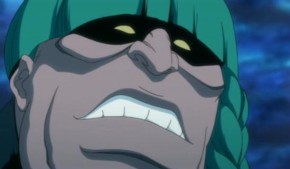 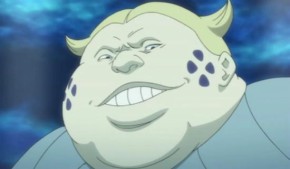 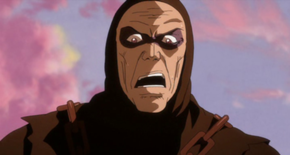 Voiced by: Binbin Takaoka (JP), Yuri Lowenthal (EN)
A Togabito with a giant black sword that assists in fighting Ichigo for the first part of the film, before losing his mask and getting forced back into Hell.