Characters that appeared in Tite Kubo's Bleach. This page deals with characters who first appeared in the Bleach light novels, not the manga or anime.

To avoid confusion to English-language readers, who may be more familiar with the English anime than the manga, all names are in Western order. 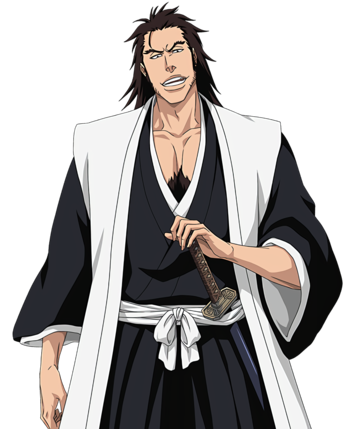 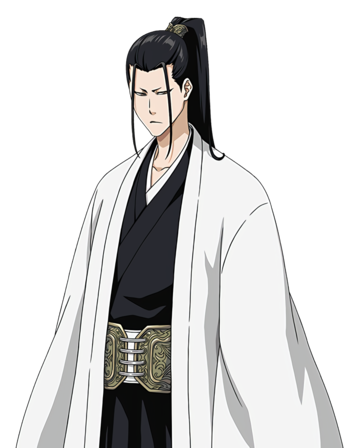 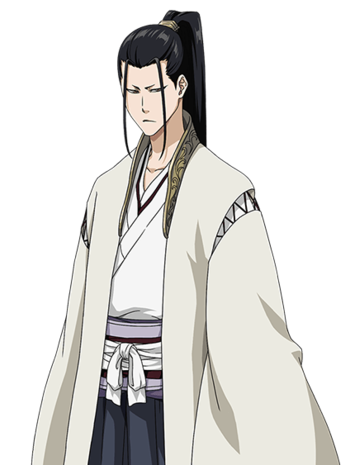 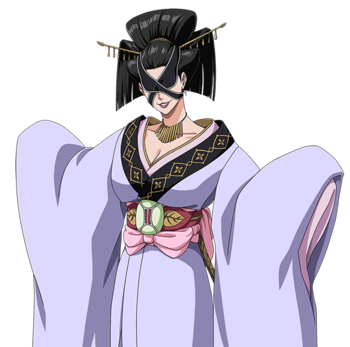 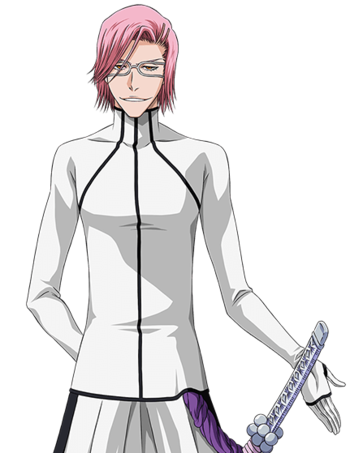 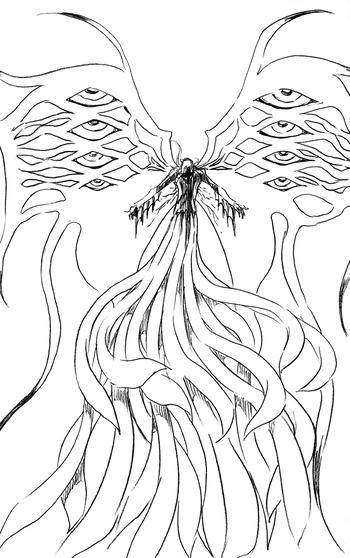 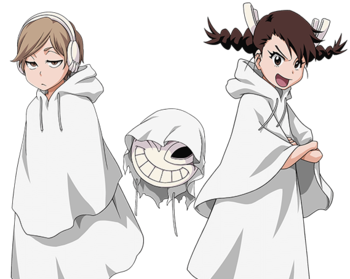 several of the Picaro
Their Ressureccion; Langosta Migratoria 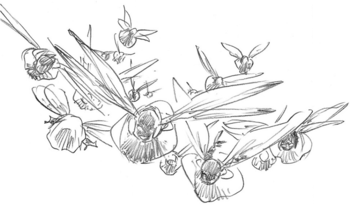 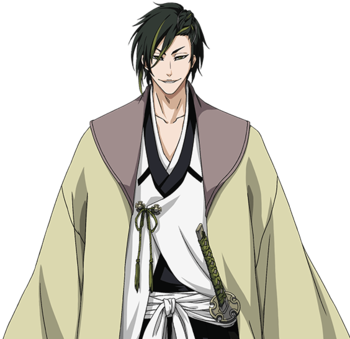 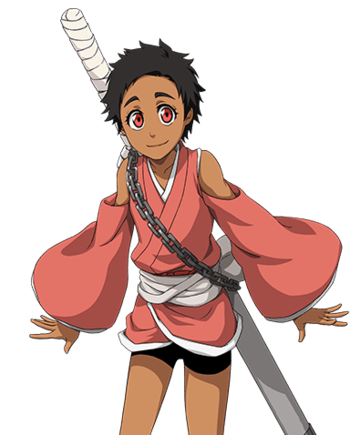 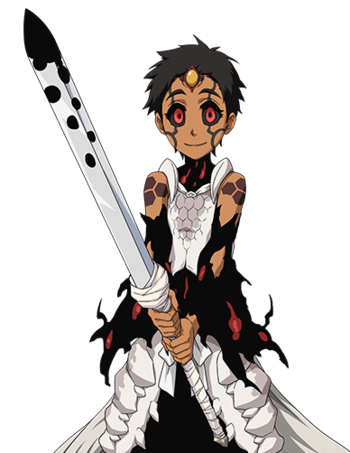 Species: Human-Soul Reaper-Hollow-Quincy hybrid
Zanpakutou: Ikomikidomoe
Voiced by: Ayumu Murase (JP)
An artificial being created by Tokinada Tsunayashiro in order to usurp the position of Soul King, Hikone Ubuginu resembles an androgynous child — having No Biological Sex — and possesses the combined abilities of Fullbringers, Soul Reapers, Quincies, and Hollows. He wields the ancient Zanpakuto Ikomikidomoe, which was created from a powerful primordial Hollow.
Ikomikidomoe 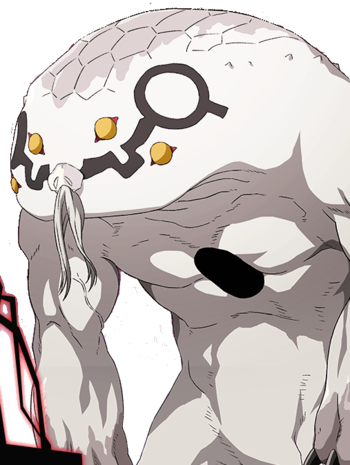 Species: Menos (Adjuchas) / Zanpakuto Spirit
An ancient Adjuchas-class Menos Hollow so powerful it threatened the stability of Hueco Mundo, Soul Society, and the World of the Living alike. It was sealed away in a Zanpakuto by Ichibē Hyōsube and Ōetsu Nimaiya, who hid it away at the bottom of an ocean in his realm. During the Thousand-Year Blood War it was stolen by Tokinada Tsunayashiro and given to Hikone Ubuginu, one of the few beings capable of wielding it.
Advertisement:
Aura Michibane 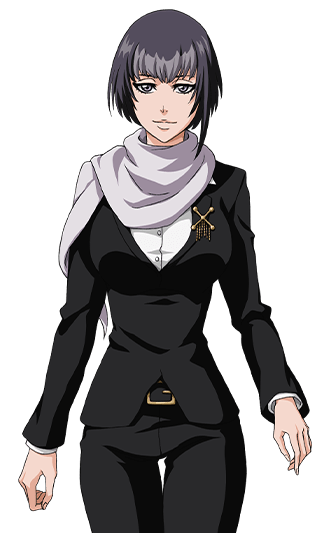 Species: Human (Fullbringer)
Fullbring: N/A
Voiced by: Natsue Sasamoto (JP)
A Fullbringer who leads the Xcution Religious Corporation, a cult dedicated to spreading information about Soul Society around the World of the Living inducing its followers into mass-suicides.

Due to her lack of worldly attachments, she cannot affect any sort of item into manifesting into a power or weapon through Fullbring, however her mastery of basic Fullbring skills is high enough to easily do battle with multiple Captain-class opponents.