Characters that appeared in Tite Kubo's Bleach. These are the denizens of Karakura Town. 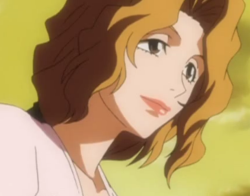 Isshin's wife and the mother of Ichigo, Karin and Yuzu. She was a beautiful, sweet redhead who died when Ichigo was nine years old, protecting him from a Hollow that attacked the poor kid when they were walking by the local river. Her death completely changed the family dynamics: Ichigo was a crybaby but matured into a Hot-Blooded Knight Templar Big Brother, Yuzu became a responsible and sweet caretaker, and the formerly tearful Karin toughened herself up so her family wouldn't worry. Little did they know, her murderer would be back later... 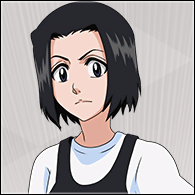 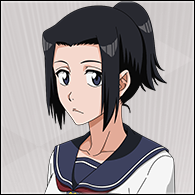 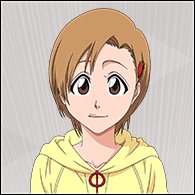 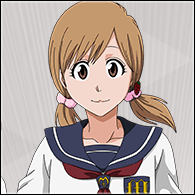 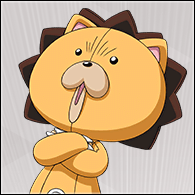 Species: Mod soul
Voiced by: Mitsuaki Madono (JP), Tite Kubo (JP, Memories in the rain OVA), Quinton Flynn (ENG), Luis Alfonso Mendoza (Latin American Spanish)
Kon is a Mod[ified] Soul, the product of a recalled Soul Society experiment in giving 'vacant' human bodies Hollow-killing powers. After a brief yet entertaining hijacking of Ichigo's body and the acquisition of his current stuffed toy body, he settles down into his role as comic relief. He's entrusted with Ichigo's body when Ichigo's out Hollow-hunting to maintain the Masquerade. He mostly dwells at Ichigo's home, but will attend school for Ichigo as necessary.
Advertisement: 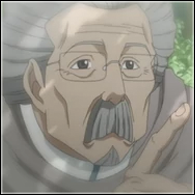 Species: Quincy
Weapon: Unnamed bow
Voiced by: Eiji Maruyama (JP), David Lodge and Liam O'Brien (EN), Eduardo Fonseca (ep. 14) and Miguel Ángel Sanromán (rest) (Latin American Spanish)
The wise old grandfather of Uryuu Ishida, Souken was the Last Quincy prior to passing the title down to Ryuuken Ishida. He was the person who put Uryuu on the path to being a Quincy, despite Ryuuken's objections.

He was killed when Uryuu was a young child by a gang of five hollows. The Soul Reaper watchers were delayed in coming to his rescue because they had been bribed by Mayuri Kurotsuchi to sit back and collect Souken's soul after death. As part of Mayuri's Quincy experiments, Souken's soul had been tortured to death for information. He died swearing to the pride of the Quincy and with the name of either his grandson or his student on his lips. Mayuri claims he can't remember, baiting Uryuu into confirming he was Souken's grandson and student. 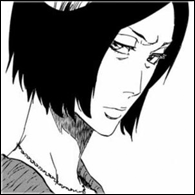 Species: Quincy
Weapon: Unknown
Mrs. Ishida is a Echt Quincy who is Ryuken's mother, Souken's wife, and Uryuu's grandmother. She appears in the "Everything But The Rain" mini-flashback arc, and is shown to be a strict but caring middle-aged woman.
Ryuuken Ishida 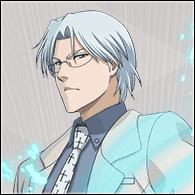 Species: Quincy
Weapon: Unnamed bow
Voiced by: Ken Narita (JP), Michael McConnohie (ENG), Octavio Rojas (Latin American Spanish)
The director of Karakura General Hospital and Uryuu's estranged father. He opposed Uryuu's desire to train as a Quincy so relentlessly that Uryuu has been left too angry and bitter to either live under his father's roof or acknowledge his parentage: he refers to Ryuuken by first name instead of calling him "father". Souken has implied that Ryuuken's driven by a need to protect Uryuu from something, but Uryuu is too angry to pay attention.

Although he refuses to use his own Quincy power, Ryuuken is apparently much stronger than Uryuu. He and Isshin have known each other for over twenty years and their relationship is a more mature equivalent of the relationship between their two sons.

SPOILER ALERT: This section is a Walking Spoiler, so all spoilers are unmarked. 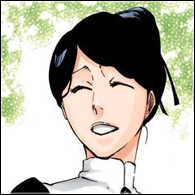 Species: Quincy
Weapon: Unknown
A young woman employed as a maid by the Ishida family. Polite and well-mannered, she appears to be Ryuuken's main confidante and the person he turns to when fighting is required. 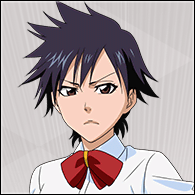 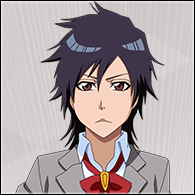 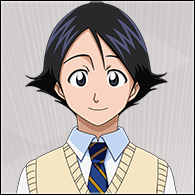 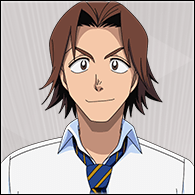 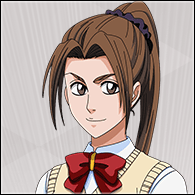 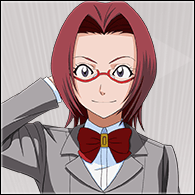 Species: Human
Voiced by: Saki Nakajima (JP), Jeannie Elias (EN), Rocío Prado (Latin American Spanish)
One of the girls in Tatsuki and Orihime's circle of friends. Often used as a Plucky Comic Relief in the Karakura-based chapters, where she tries to flirt with Orihime if not downright grope her, only to be thwarted by Tatsuki.
Other Classmates 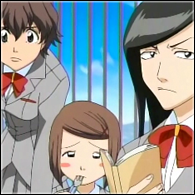 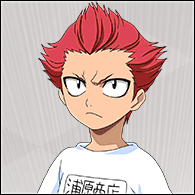 Species: Human
Voiced by: Takako Honda (JP), Jeannie Elias (US), Bruno Coronel (eps. 6-50) and Emilio Ángeles (ep. 63-) (Latin American Spanish)
An assistant to the Urahara Shop. He's a slacker and hot-tempered, often pressing his fists on Ururu's head to get her to back down.
Ururu Tsumugiya 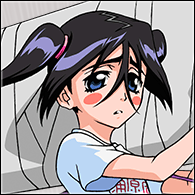 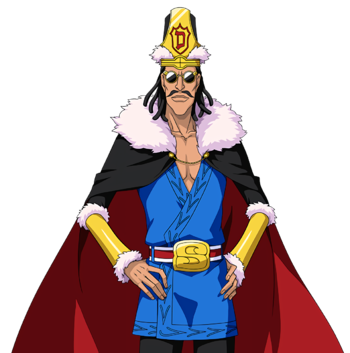 Species: Human
Voiced by: Shigeru Chiba (JP), Michael Sorich (ENG), Luis Alfonso Padilla (eps. 10-50) and Roberto Molina (eps. 213-214) (Latin American Spanish)
Misaomaru Kan'onji is a spirit medium and the host of the TV show Ghost Hunt. He is known for his trademark laugh (BWAHAHAHA!) He met Ichigo when he and his friends went to see him live. Unknowingly he removes a spirit's soul chain and turns him into a Hollow. After Ichigo saves him, Kanonji declares him his apprentice. He makes appearances in filler episodes, establishing the Karakura Superheroes consisting of him, the Kurosaki sisters, the Urahara shop kids, and Kon. Later on, in another filler arc (though based on manga Omakes) he is put in another by order of Urahara: The Karakurizer team.
Ikumi & Kaoru Unagiya 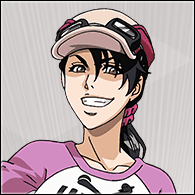 Species: Human
Voiced by: Yuko Kaida (JP), Mary Elizabeth McGlynn (EN)
A character introduced in the Lost Agent Arc. She is Ichigo's boss at his part-time job in her shop, whenever he decides to show up for his job, or she decides to kidnap him back to it. 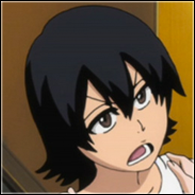 Species: Human
Voiced by: Kaoru Mizuhara (JP), Yuri Lowenthal (EN)
Ikumi's son. One of the only kids who doesn't like Ichigo in the series.
Sora Inoue 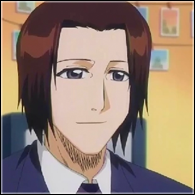 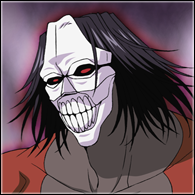 Species: Human / Hollow
Voiced by: Yuji Ueda (JP), Liam O'Brien (English), Andrés Gutiérrez Coto (Latin American Spanish)
Sora Inoue was Orihime Inoue's older brother and caretaker, who became the Hollow, Acidwire, after his death. He actually perished years before the storyline, having been wounded in a car accident; Orihime carried the fatally injured Sora to the Kurosaki clinic, but despite Isshin's efforts, he died. His soul then was corrupted (in the anime, due to another Hollow; in the manga, after crossing the Despair Event Horizon) and started hounding his younger sister as the Hollow Acidwire.