Characters / Blaze and the Monster Machines

Characters section for Blaze and the Monster Machines. Needs Wiki Magic Love, any help is welcome. 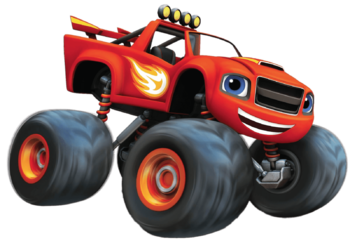 Blaze is an orange-red monster truck who is good hearted, loyal and brave. As one of the main protagonists, he is Axle City's number one racer. At the start of Season 2, Blaze becomes the newest member of the Axle City Fire Department. 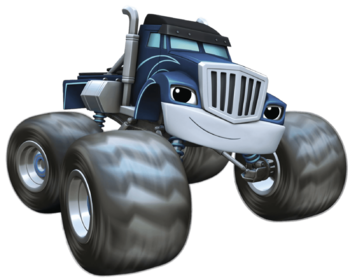 Crusher is Blaze and AJ's rival and the main antagonist of the series. He is childish, whiny, egotistical, and he cheats in most episodes just to get his way. 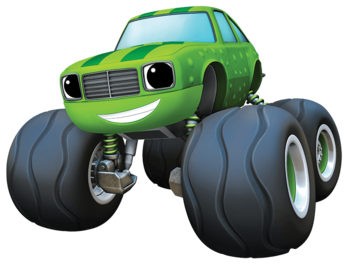 Pickle is a green monster truck who is Crusher's sidekick despite Crusher's indifference towards him. He tends to look on the brighter side of things and is quite goofy. 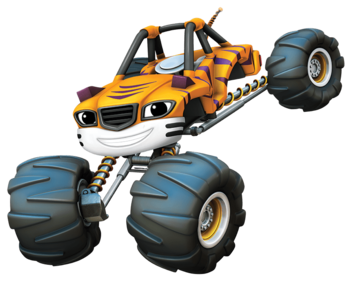 Stripes is a striped truck with the abilities of a tiger such as a high sense of smell and retractable claws in his tires. 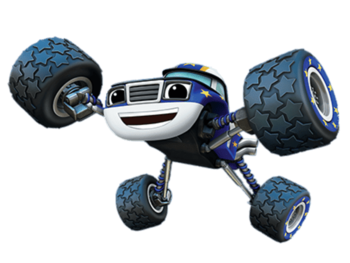 Darington is a clumsy yet fearless blue monster truck who loves stunts. 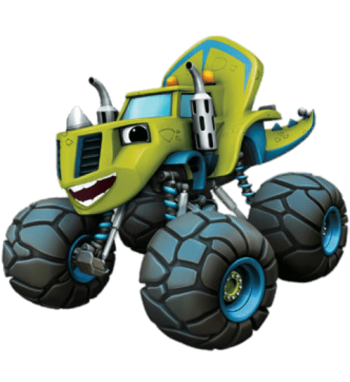 Zeg is a half-triceratops, half-monster truck with brute tendencies. He has a short vocabulary and tends to refer to himself in third person. 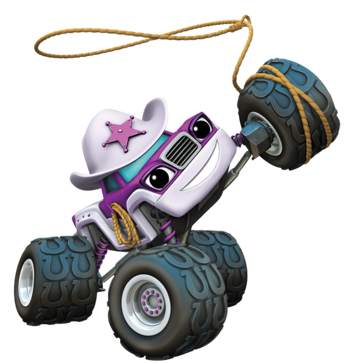 Starla is a purple pickup truck, a roping expert and speaks with a thick southern accent. She runs a farm outside the city. 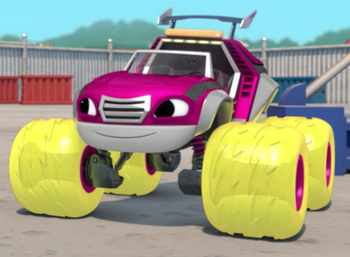 Watts is a magenta Monster Machine powered by electricity. 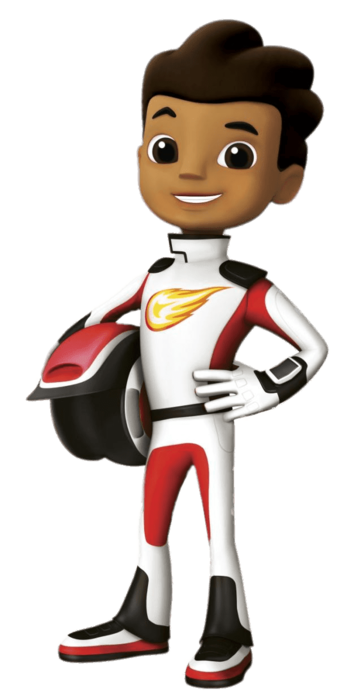 AJ is Blaze's best friend and driver, an eight-year-old science and technology expert. 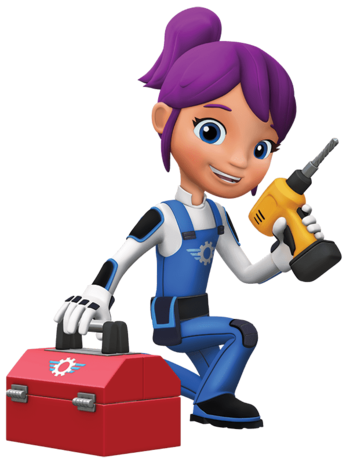 Gabby is a knowledgeable nine-year old mechanic who fixes up the trucks when they are damaged.

Bump Bumperman is the announcer of every race. He often holds a microphone and gives the audience information about whichever monster trucks are racing.

Joe and Gus are monster trucks that are Blaze's groupies.

Reece and Debris are the sanitation duo of Axle City. Reece is the recycling truck, while Debris is the French-accented garbage truck.

Clive is the the town baker.

Swoops is a helicopter who enjoys flying and serves as Blaze's transporter to certain faraway locations.

Gasquatch is a giant furry hermit monster truck that lives in the forest and like a lot the mud, as well making friends.

Rudy is Crusher's rude friend. He speaks gibberish and is an uncooperative racer.

Rally, Dash and Fender are a trio of race cars who befriend Blaze throughout his trips to VelocityVille.

Mark Setgo is VelocityVille's grand marshall, delivering the start of the races.

The speediest (and brattiest) Race Car in VelocityVille, Race Car Speedrick will do anything to be the fastest Race Car in town.

Bunk is an elephant and the leader of the animals of Animal Island.

Bam is a gorilla who likes smashing things.

Nelson is a rhino who likes ramming things with his horn.

Skyler is a falcon who enjoys flying.

Lazard is a mean chameleon who longs for an animal power of his own and steals all the animals' powers.

Wartimer and Snout are a warthog duo who served as Lazard's henchmen.

Tooks is a toucan who is skilled at Jungle Ball.

Thunderwing is a snooty falcon who brags about winning.