Characters of the Black★Rock Shooter franchise first introduced in the video game adaptation.

Characters of Black★Rock Shooter: The Game 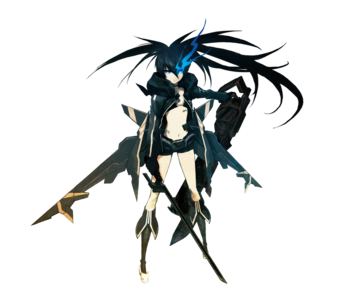 A mysterious Super Soldier who was awakened by the last surviving humans as their final trump card against the alien invasion. She awakens as a blank slate, being extremely naive and lacking direction. As time passes, she recovers her lost memories and discovers her motivation to fight. Her true name is "Stella", a clone of the alien being called "Sing Love". She was deliberately designed to be an imperfect clone, ironically giving her the ability to retain her memories and making her the grand culmination of White★Rock Shooter's plot. 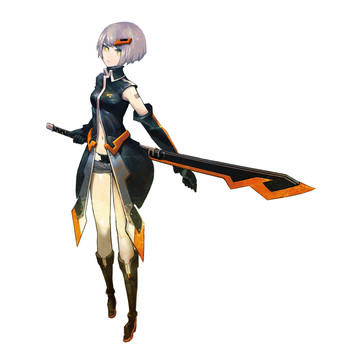 A lonely girl who acts as B★RS' counterpart and main ally in the latter half of the game. She is a "Gray", a mass-production clone of "Sing Love" designed to fight the alien invasion. Like all Grays, her memories degenerate over time, which causes her a great deal of distress.

Stands for "Primary Support Service", an organization formed by the UEF for the supervision and completion of the B★RS cloning project. They are your main allies for the first half of the game.

An academic who joined the UEF-PSS after witnessing the death of his niece from the aliens.

Phobos
The acting field leader of the PSSGeneral Tropes

One of the PSS soldiers who witnessed the awakening of the ultimate weapon Stella. He appears to be the most enthusiastic person after encountering humanity's final hope.

Shared Tropes
The Apostles are the leaders of the alien invasion on Earth, with each one being classified as "Class A" aliens. There were once fifteen of them, but by the events of The Game only seven remain.
Mii 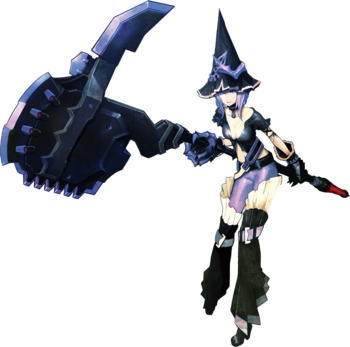 Ranked first. A vain and capricious girl, she is obsessed with the ideal of beauty. 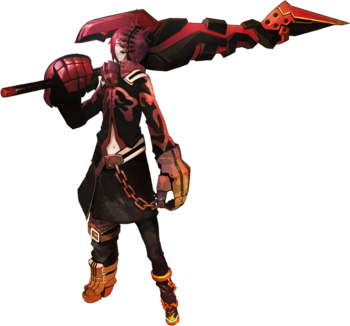 Ranked second. A showman who loves the art of cinema, crafting elaborate stories with himself as the main character. 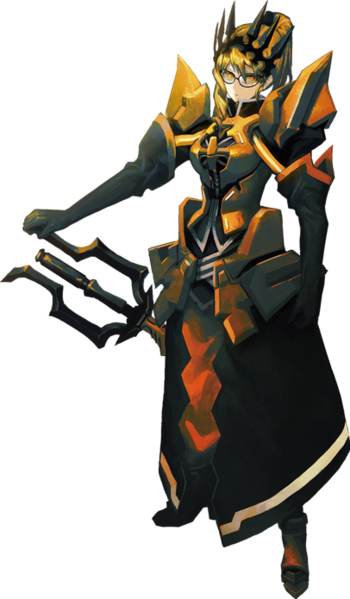 Ranked third. A calm and methodical woman whose advanced grasp of human emotions gives her greater empathy than the other Apostles. She is the only one capable of understanding the words spoken by her twin, CKRY. 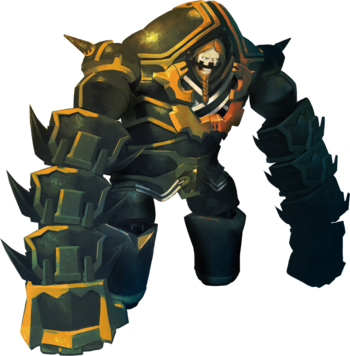 Ranked fourth. A muscular berserker. His obsession with "neblading" animals has transformed him into an sub-human brute who communicates in growls. 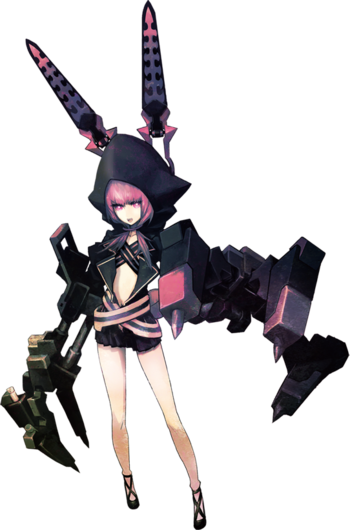 Ranked fifth. A cute young girl who embodies the most selfish and dangerous desires of a child. Having gorged herself on mass-media, she has developed a love of game shows and reality television. Her ultimate ambition is to usurp White★Rock Shooter as the leader of the alien forces. 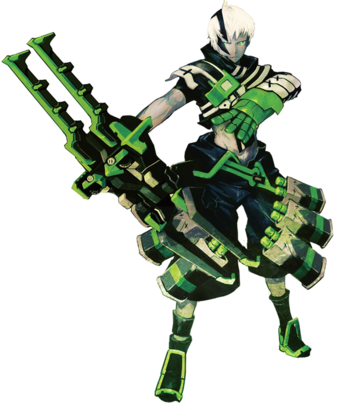 Ranked sixth. A brash young man who loves to hone his skills in combat. He has unrequited feelings for MEFE which pain him greatly. He "neblades" MEFE after her defeat, absorbing her body and memories, possibly against her will. 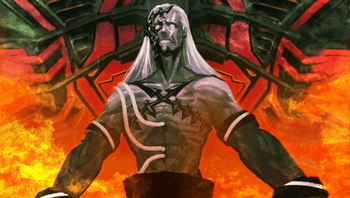 Ranked seventh. The leader of the Apostles, he resembles an old man and the master of a martial art the aliens call "Universal Karate". His role is to "train" any possible Whites to their maximum potential before handing them over to W★RS.General Tropes 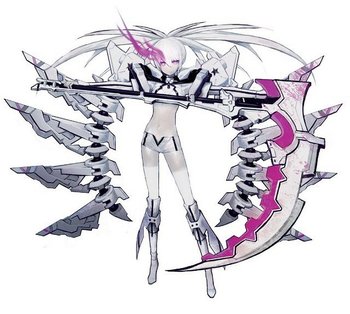 A mysterious young woman who appears as an "inverted" version of B★RS, trading black for white and blue eyes for red. She is an alien being who became known as "Sing Love" on Earth. She engineered "The Game" so that she could consume/assimilate a perfect clone of herself. To do this, she staged the alien invasion and then convinced the Earth forces to use her as the base for a clone army to fight against them. However, the resulting clone army lacked the ability to retain their memories over time, delaying her plan until "B★RS" (who could retain memories) appeared. 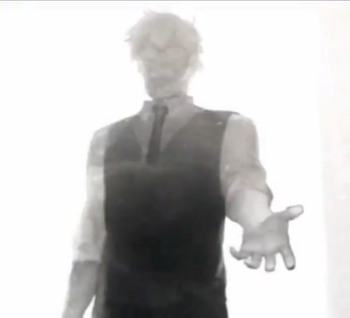 The man responsible for the cloning projects performed on the Grays. He is the father figure of Nana and Stella.