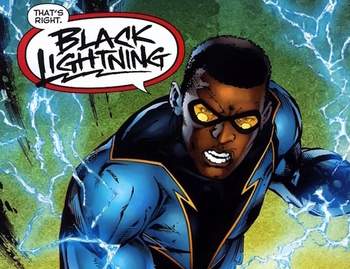 DC's first headlining black hero, Jefferson Pierce was an Olympic athlete turned high school teacher who was dismayed by the extent to which his neighbourhood was being devastated by drug traffickers. Devising a costume that allowed him to discharge electricity, Jefferson took to the streets as Black Lightning, dispensing justice to the 100 gang and their boss, Tobias Whale. He later gained the power to control electricity without the use of his costume, and became a member of the Justice League, though he has never abandoned his connections to his home in Suicide Slum. His daughters Anissa and Jennifer are superheroes in their own right, and follow in their father's footsteps as Thunder and Lightning. 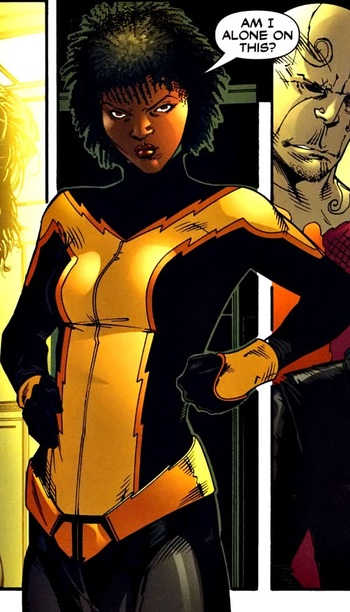 Anissa in her modern outfit

Jefferson Pierce's oldest daughter, Anissa's relationship with her father was strained by her decision to follow in his footsteps as a costumed hero. Possessed of the power to alter her density, Anissa can become too heavy to move and virtually impervious to harm, and can unleash shockwaves that blow her opponents off their feet. Serving in several incarnations of her father's old team, the Outsiders, Anissa struck up a relationship with fellow Outsider, Grace, becoming one of DC's most prominent (and most powerful!) lesbian couples. She has meant to retire from action on more than one occasion, but has always been pulled back into action. 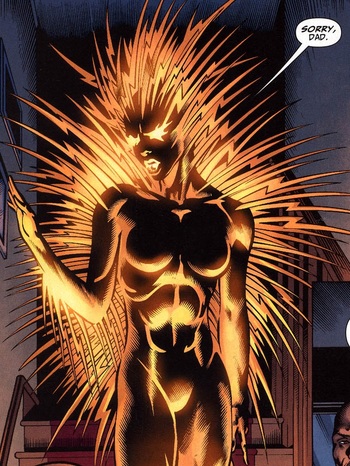 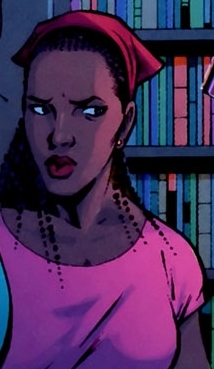 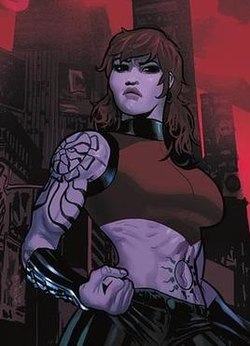 "It's pretty well-established that I am a tough bitch."

Anissa Pierce's long term girlfriend, Grace is a giant of a woman with a short temper and immense superstrength. Recruited into the Outsiders by her friend (and occasional partner) Arsenal, Grace served alongside Anissa/Thunder for the duration of the team's existence. While the two women often clashed publicly, behind closed doors was another matter, and they eventually entered into permanent relationship and moved in together. Volatile and not known for her tact, Grace is nevertheless very protective of Anissa, and her father-in-law, Black Lightning.

A shapeshifting agent of Tobias Whale's, sent to murder one of Jefferson Pierce's friends. Confronted by Black Lightning and the second Gangbuster, Ishmael was soundly defeated and has not been seen since.

A petty criminal with the power to charge his body like a dynamo at the cost of his lifespan, Ned Creegan assumed the identity of Bag O'Bones and was bested by Batman on his first criminal outing. Sprung from prison by Tobias Whale and the 100, Creegan was subjected to an experiment that restored his life expectancy, and granted him new radiation-based powers as Cyclotronic Man. Taking on Black Lightning, Creegan was returned to jail, where his powers went into overdrive and caused his body to breakdown. Dubbing himself "the One-Man Meltdown", Creegan went on one final rampage that was halted by Black Lightning and the Outsiders, who proved in the process that the prison warden had helped push Creegan's powers into meltdown as part of a plot to kill him. 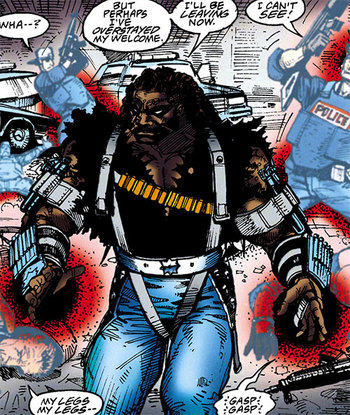 Prepare to be anesthetized 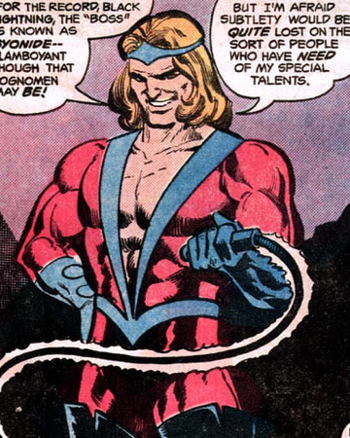 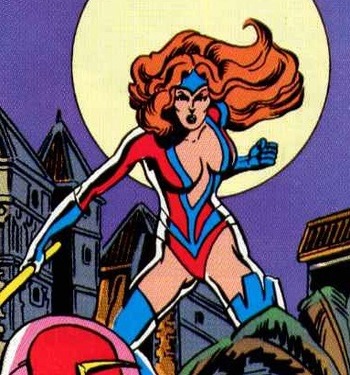 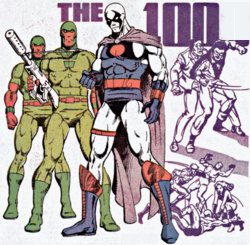 A massive criminal organization with global reach, The 100 keep a lower profile than groups like Intergang, mostly working through local intermediaries and street level gangs. Operating out of Suicide Slum, the Metropolis branch is headed by Black Lightning's archnemesis Tobias Whale, and controls most of the city's drug traffic. 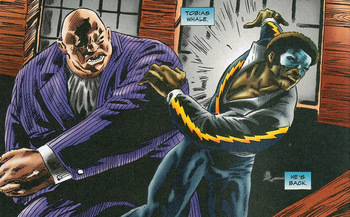 An albino gang boss with an imposing physique and an eye for profit, Tobias Whale was the uncrowned—and unchallenged—king of Suicide Slum before Black Lightning arrived on the scene. The undisputed leader of Metropolis' 100, Whale has frequently tried to expand his operations outside of the city's slums, making plays for control of The 1000 and Intergang, and even trying to horn in on Gotham City's drug trade, precipitating a mob war with the Penguin in the process. Prone to warring with other gangsters and vigilantes like Batman alike, Whale nonetheless holds a special hatred in his heart for Black Lightning and counts the hero as his worst and most persistent and personal enemy. 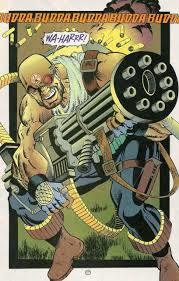 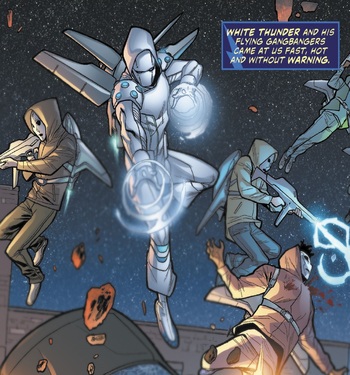 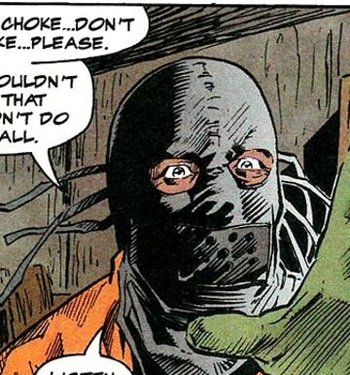