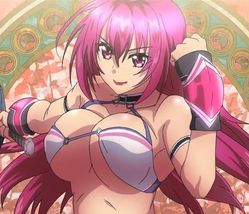 A feisty redhead who leads the party. A daughter of a legendary warrior, she follows in his footsteps to save the world from a demon king.
Paladin

Designed by: Onigiri-kun from AliceSoft 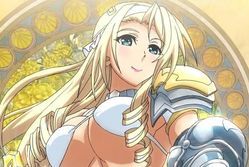 A tall, beautiful blonde who is a knight in shiny armor. Is rather lewd contrary to her class archetype.
Mage 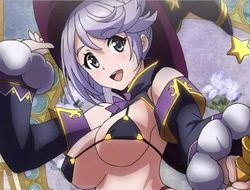 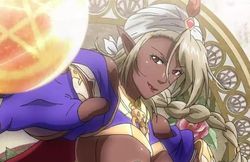 A member of the dark elf race who can either fight physically or use magic. 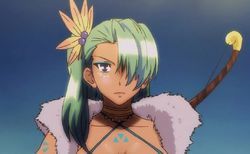 One of the two classes who petitioned to join the party. She's a survivalist who cooks with improvisation, which sounds useful to the party until they are turned off by the ingredients she casually reveals to use.
Valkyrie 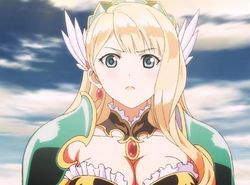 The other of the two classes who petitioned to join the party. She's skilled with her lance in slaying monsters, but she has high expectation with the party's quality of life.
Cleric

A petite girl whom Valkyrie and Hunter met in an inn. A healer is essential to a party, except healing is the area she sucks in.
Kunoichi

A ninja who collects bikinis as a hobby. She dreams to get the legendary armor one day.

The loli of the dark arts who serves as an event boss. Has a big-sister complex. She can summon dead kittens to bind foes down and brainwash her target into behaving like a cat or a zombie proper.
Demon Lord Deathgeld
A gigantic ruler of demons who serves as the main antagonist.