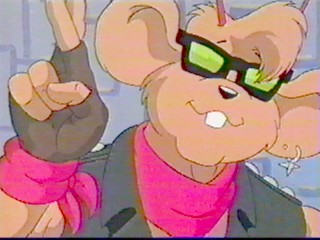 "In this wild and wooly universe, there's only three things you can count on- your brains, your bros and your bikes!"

Throttle is the tan one, a quiet and decisive natural leader who cares deeply for those under (and over) his command- even though he may be too manly (or mousely) to show it. He was groomed by Stoker, the creator and former leader of the Freedom Fighters, to take command- but something interrupted it, and he ended up in space with Vinnie and Modo. Curiously enough, he's the only one who's displayed the Martian skill of telepathy, and telepathic trickery as well. He was blinded in the Mars-Plutark war, and courtesy of Dr. Karbunkle now has semi-working replacement eyes that he needs his signature pair of sunglasses to see with. 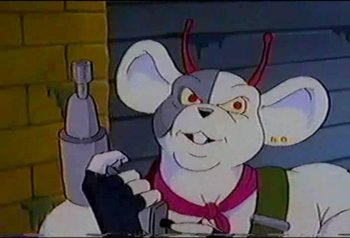 He's the self-proclaimed baddest biker this side of ten solar systems, and he's almost right. Vinnie has a huge ego that was only outdone once in the whole series, but underneath his bluster lies a sweet, caring individual who would sacrifice anything for his bros and Charley. He gained his mask in the Mars-Plutark war, either by being blasted at or by a sadistic experiment by Dr. Karbunkle. Either way, his first love Harley (no relation to Charley) gave him a mask made out of flex-plate metal, which allows his face to move while still covering up his scars. 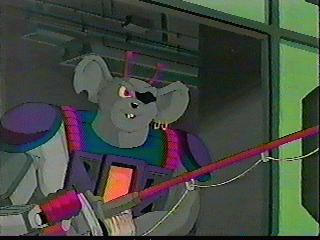 Modo is a Gentle Giant through and through, until you anger him- in which case he will bring the Unstoppable Rage like a fuzzy grey tornado. His mother imbued him with a philosophy about children, women and life in general that still guides him today, and he quotes her often. Out of the three Biker Mice, he sustained the most severe injuries- losing his right arm and left eye. Again, "courtesy" of Karbunkle he now has a mechanical arm to replace his blown-to-bits one. Unfortunately for him, the arm wasn't really wanted, and Modo still has self-doubts about it to this day. 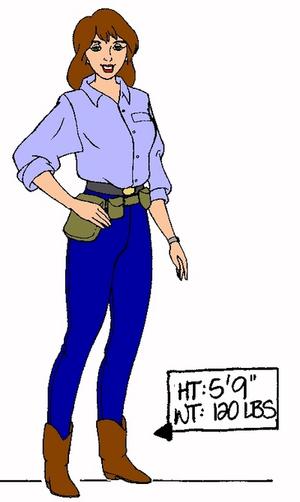 "Maybe you could stop by the parts store?"

Charlene is a long-suffering woman, considering who she has daily upon her doorstep- either three rambunctious bikers who are experts at accidentally wrecking everything around them, or money-hungry Plutarkians who would like her to be out of their way permanently. Despite both of these, however, she's still alive and kicking, partially due to her own mechanical genius. She's responsible for fixing the Biker Mice's bikes, installing upgrades and treating their wounds. There is no overstating her value to the Biker Mice's cause; if she was not there to make an emergency fix or fashion a new weapon, the Biker Mice would be long dead by now. They know it too, which is why every time Charley declares that she's going along, she's vetoed by all three of the Mice. She still gets her shots in every once in a while, but not by the Biker Mice's choice.

A radio DJ that the Biker Mice listen to in several episodes. 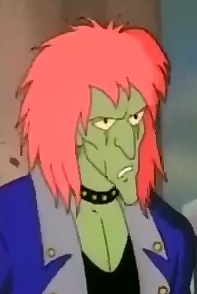 A former mercenary for the Plutarkians who now just wants to go straight. 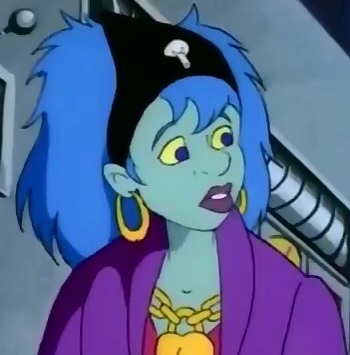 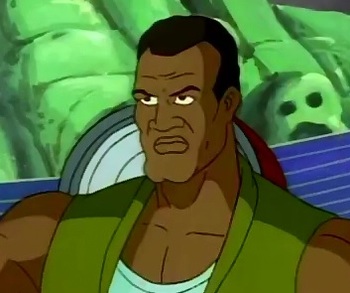 A decent guy who was at one point framed for damages Limburger caused to a school. In addition to having his name cleared, he also devotes himself to enforcing the law in the Pit Boss's turf. 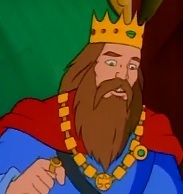 The legendary King Arthur, whom the Biker Mice encountered when Limburger tried to obtain deposits of pure tin by time-traveling to medieval times and forcing King Arthur to sell Camelot. 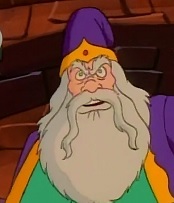 An old friend of Charley's who is also technologically skilled enough to create a virtual reality helmet. 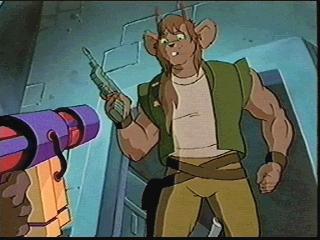 "Thanks for the wheels, beautiful!"

Stoker is the creator and main force behind the might of the Freedom Fighters. He is a legend amongst all Martians, and maybe even beyond that planet itself. However, age and a hard lifestyle forced him to slow down, although he resisted toning down his signature style of tail-whipping for a while. He is Throttle's mentor, Vinnie's idol (and occasional foil) and a dear friend to many Freedom Fighters.

In the 2006 revival, he attempts to retrieve his invention the Regenerator from Ronaldo Rump and the Catatonians so that he can build a new one and use it to end the drought on Mars. 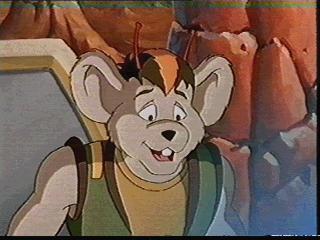 "Sorry to drop in on you like this, Uncle Modo."

Rimfire is a sprightly, athletic young mouse—as said above, Modo's sister's child. Along with his sister Primer, Rimfire has fought in the Mars-Plutark war despite being only around 16 or 17 years old in human years. Like Modo, Rimfire is polite and gentle, as well as having a ninja-like talent for getting out of tight scrapes (and into tight scrapes: only one episode has him not being held captive by a Big Bad). 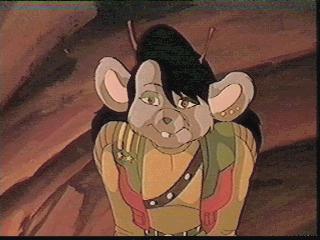 Carbine is the new leader of the Freedom Fighters, a former Army General. Unlike Stoker, she prefers a set of rules and disciplines, instead of the camraderie and mild chaos of Stoker's FF. Despite this, she is still a very competent leader, although her desire to stay on Mars has driven a wedge between her and her boyfriend Throttle. She nearly had him executed after he returned to Mars just after the Plutarkians seeded a tape of him and his bros supposedly aiding them in destroying Chicago, but they managed to hash it out before the Biker Mice were thrown into the Pit of Everlasting Doom (otherwise known as Spiky Pit of Spikes). She may come as a bit touchy at times, but it's only because she cares most about her planet's survival.

In the 2006 revival, she is revealed to be Stoker's niece. 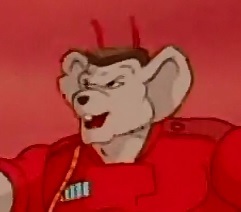 A Martian mouse who fought against the Plutarkian invasion of Mars. 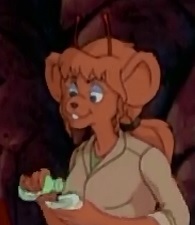 Click here to see how she appears in the 2006 series. 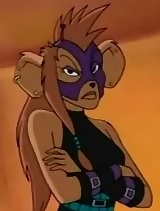 Vinnie's old girlfriend on Mars. She was the one who patched up his face by giving him the metal plate he wears. In the finale of the 2006 revival series, it turns out that she ended up disfigured while trying to evade the Plutarkian soldiers and sided with the Rats because she believed the Biker Mice abandoned her.

Tropes associated with Harley:
Allies in the 2006 Series

A yeti encountered by the Biker Mice in "A Hairy A-Bomb".

A Catatonian on Saturn's moon Titan who defected from his race alongside several other peaceful Catatonians. 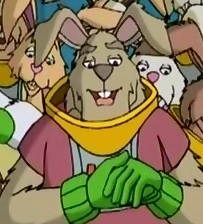 A race of alien rabbits who live on the moon due to being exiled from Earth. The Catatonians made a deal with them that they'd return them to Earth in exchange for their services, but reneged on their promise. 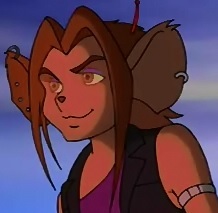