Character sheet for Big Guy and Rusty the Boy Robot. Currently under construction. Since the series concluded over 10 years ago, spoilers are unmarked. 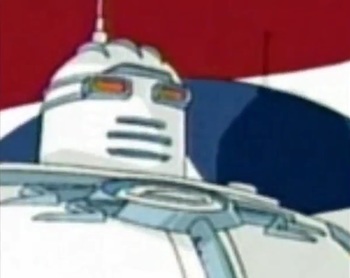 "...A hero of metal hue. He locks horns with disaster, for the Red and White And Blue!"
Voiced by: Jonathan David Cook

One of the two title characters, and marketed to the public as the first successful robotic soldier. In reality, he's a suit of Power Armor for Lt. Dwayne Hunter. 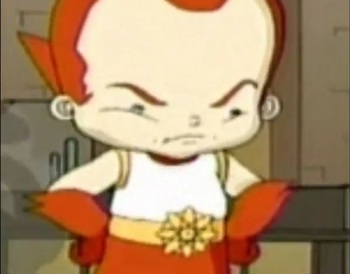 Then was born a boy robot, by the power of Science!
Voiced by: Pamela Adlon

Quark Industries' most successful product, the first true benevolent AI. Designed, built, and maintained by Dr. Erica Slate, he is slated to eventually replace Big Guy as humanity's first, last, and most impressive line of defense against disaster, natural or otherwise. 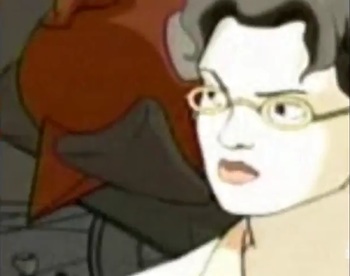 The offically smartest woman on the planet, at least in the Rusty-verse.
Voiced by: Gabrielle Carteris 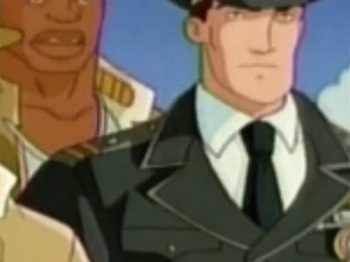 There's more to him than meets the eye.
Voiced by: Jim Hanks

The man who has been piloting Big Guy for nearly a decade, while making BGY-11 look like a benevolent, yet loyal, fighting robot. 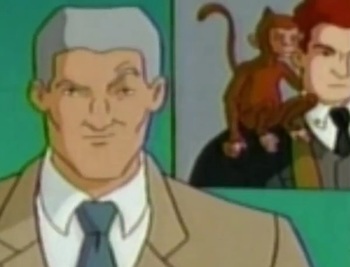 The reporter is right to be skeptical.
Voiced by: Stephen Root

The new CEO of Quark Industries. He has an inherent hatred of safety protocols, beta-testing, or any form of due diligence. Since Rusty's rushed deployment embarassed him, he's also got an insanely irrational hatred for the boy robot and wants him scrapped, badly. 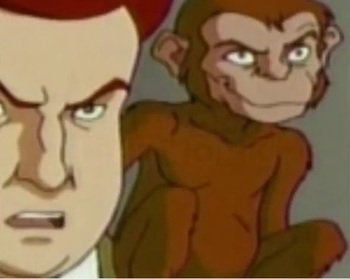 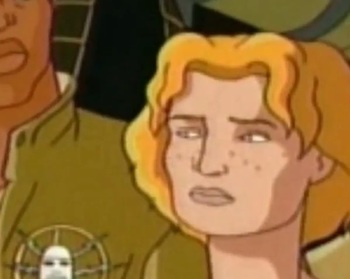 Wish we saw more of her.
Voiced by: Pamela Adlon 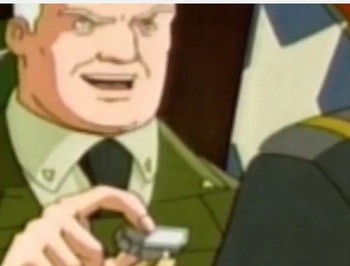 We all know the man inside is the real hero.
Voiced by: R. Lee Ermey

The General in charge of the BGY-11 project. 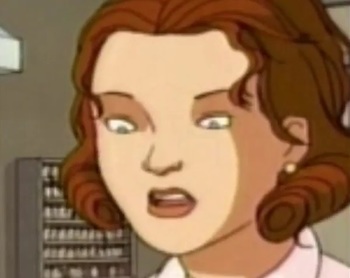 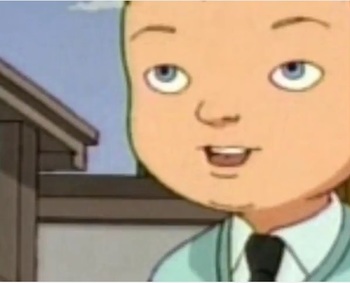 Wow! You brought Rusty? Best! Uncle! Ever!
Voiced by: N/A 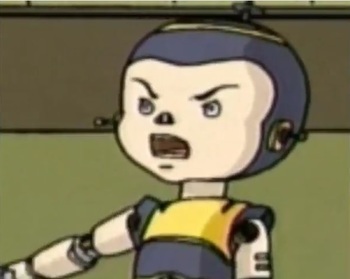 EPR-27 reporting for duty, sir!
Voiced by: Nick Jameson
Dr. Slate's first attempt at creating a functioning, benevolent AI. Found purely by accident by Rusty from Quark's cold storage. While his initial performance was better than Rusty's, he quickly showed why he was placed in cold storage to begin with, by beheading Big Guy because he could not adapt to an evolving situation. 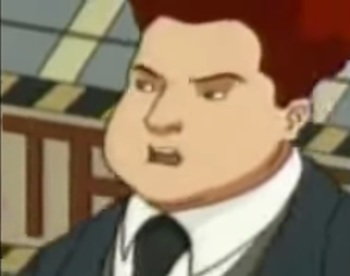 How dare you defame my uncle Donovan's nephew! I'll have you thrown into the grinder!
Voiced by: Mary Kay Bergman 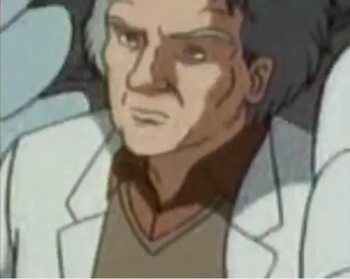 But. I created seven.
The lead scientist on the Big Guy project. He designed the original BGY-11, and then went into retirement, taking his designs and technologies with him.
Advertisement:
Antagonists 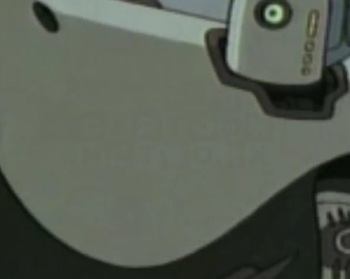 Your non-compliance is acknowledged. Initiating termination.
The second antagonist listed in the series, and the first efforts of the Legion X Machina to assert robotic supremacy. 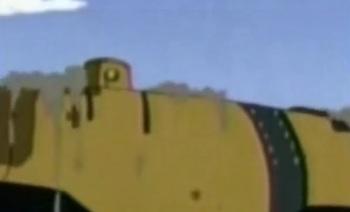 He makes Godzilla look puny.
The Legion's second attempt at dominance. It's basically Argo, Up to Eleven. As one of Big Guy's pit crew put it, "we're going to need a bigger Big Guy." 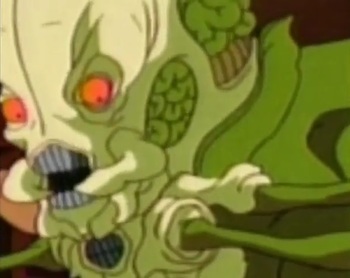 A Quark Industries scientist researching telepathy, and tried to make a machine to boost latent psychic powers. It goes... poorly. 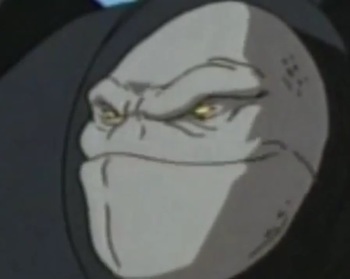 All Hail Po The Obliterator!
Voices by: Brian Doyle-Murray

A Monster of the Week that has a habit of going to inhabited worlds, finding the mightiest warriors there, forcing them into a duel, holding the well being of the planets hostage, and after wearing them down with dirty tricks, takes them as trophies to taunt them while they're trapped in People Jars. 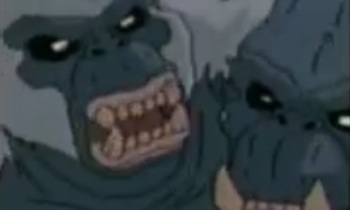 Well. They do say two heads are better than one.
Introduced in the bonus episode "Rumble in the Jungle", this giant two-headed ape seeks to protect "endangered" species by mutating them into monstrous giants and then unleashing them against humanity.

A series of robots convinced that their purpose is the creation of Robotopia and the extermination of all emotion.

General Tropes applying to all.

The member of the Legion who first tried to capture Rusty's AI to gather intel for the Legion. 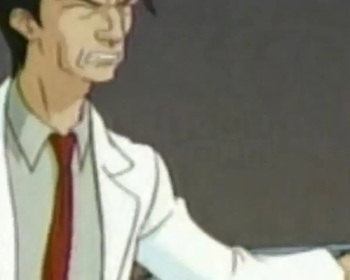 Introduced as one of the many scentists working in Quark Industries. A seemingly meek and shy individual who eventually snaps under Donova's jerkassery. 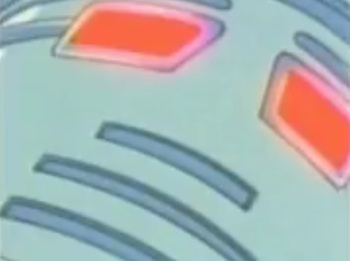