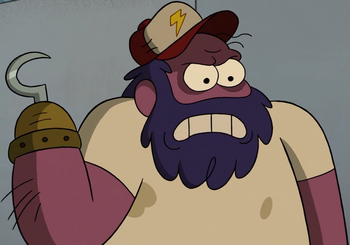 Despite his appearance, he's a really nice guy.
Voiced by: John DiMaggio
A scary trucker that Cricket mistook for a serial killer. Actually he's a nice guy that doesn't know how to deal with people.
Radio DJ 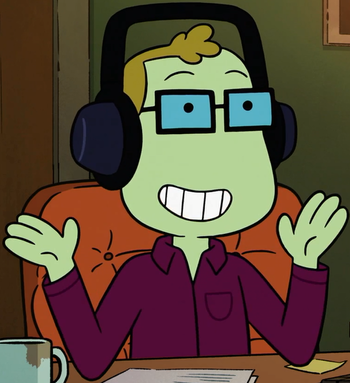 The DJ of the Radio
Voiced by: Scott Aukerman

The DJ and owner of a radio station, that still tries to find ways of being relevant.

Baby Birds
Three birds Tilly finds in a nest alone and hopes they see her as their "mama", but they imprint on Cricket instead. She names them Michelle, Julie and Barnaby.
Justin and Val
Voiced by: Paul F. Tompkins (Justin), Lauren Lapkus (Val)
Two overly eccentric tourists.
The Pepper Merchant
Voiced by: Griffin McElroy
An eccentric purveyor of hot peppers at the Big City farmer’s market.
Advertisement:
Jimmy the Zookeeper 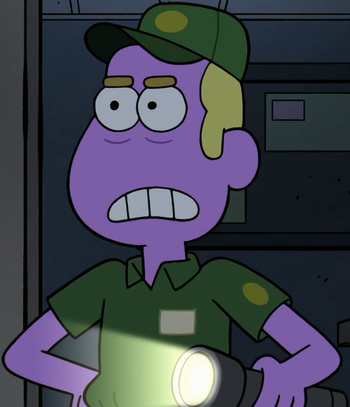 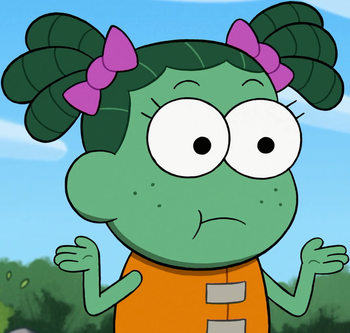 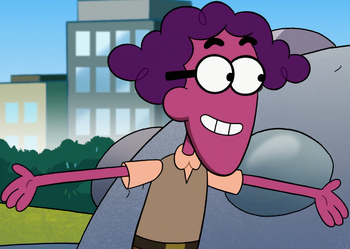 A guy who wants to learn what fun is.
Voiced by: Alex Hirsch

A playground artist whom Cricket befriends and teaches him the ways of having fun.

An experimental car invented by Gwendolyn Zapp that the Greens buy to temporarily replace the Kludge. 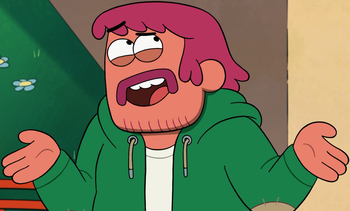 The owner of a rusty old van. Cricket and Gramma thought he was a mean creep, but he turned out to be nice and outgoing.