BeyondtheGreatSea Villains of the South Sea 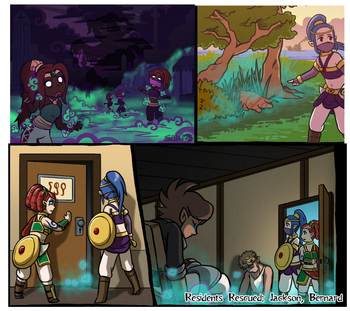 The foreboding fog that when in contact, can result a jinx status effect on a person if they aren't immune. Be in the fog long enough and you're forgotten until the fog is cleared out of the area.

General for the Villains