NPC s that make their home on the Trading Post 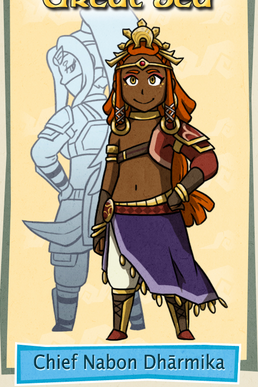 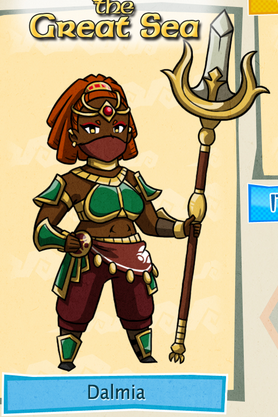 "I may live a little more ...opulently than some, but that doesn't mean I don't want this war to end, far from it. A dead, forgotten sea doesn't spend Rupees." 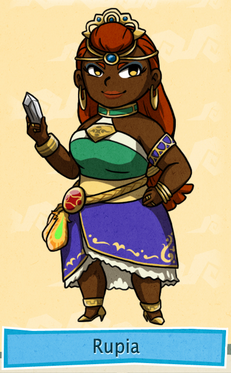 Squishy but Sharp as a Tack
Age/Bday: 44/23 Jan
Gender: Female
Height: 183cm/6'00"
Weight: 78kg/172lbs
Home: Trading Post
Job Class: The Banker
Alignment/Element: Hero/Fire
One of the three 'ruling sisters' in the Trading Post who's a Banker that's the mother to Deelah a Aunt to Chief Nabon. The Badass in Nabon's App
Chief Nabon's Bodyguard and Confidant. 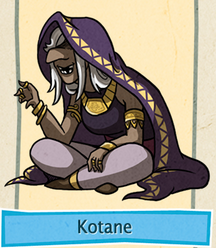 A Complete and total Master of the Arts of the Mind
The Vanguard Prior to Dalmia. 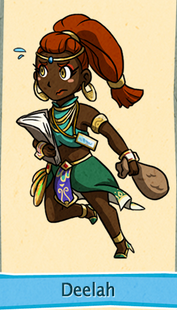 Time is money!
Daughter of Banker Rupia, is usually fronting the service desk at the Gerudo Bank. 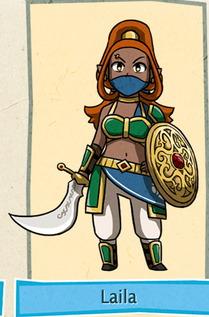 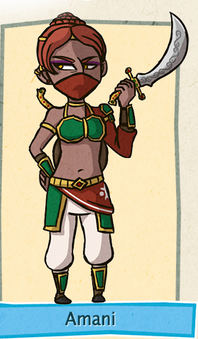 Cold and Distant to Non-Gerudo 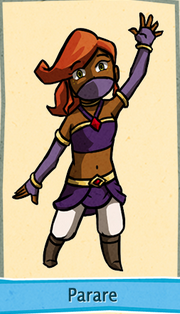 Serious Service with a Smile! 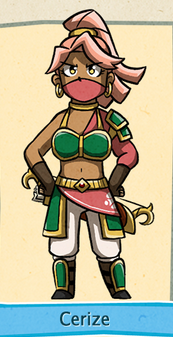 "You buy from Reeta's shop, yass?" 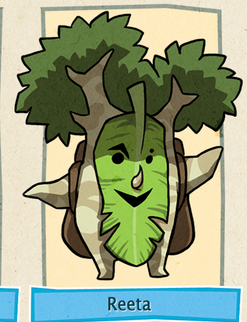 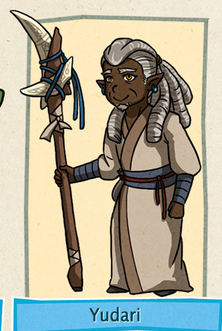 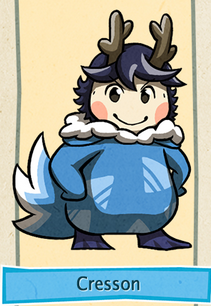 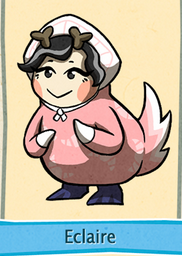 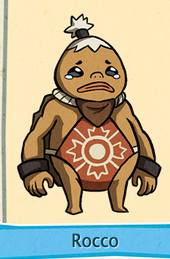 Give him a Hug
A small Goron child found on the Trading Post, remembers being separated from his Father so he's staying with Bronson for the time being. 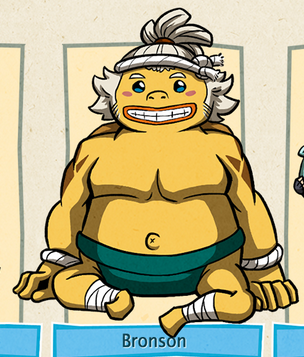 Musician Trying to get a Wife 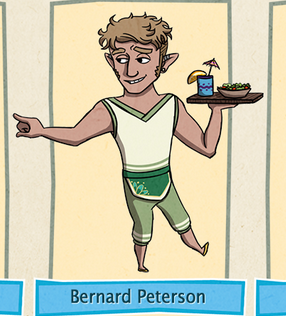 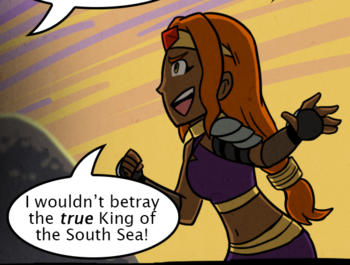 A Gerudo who caused the Trading Post to be under the clutches of The Pirate King.