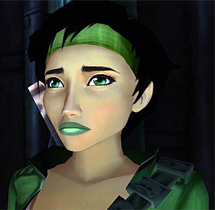 "Yeah, I'd like to know too, like who's actually telling the truth in all this."
Portrayed By: Jodi Forrest
"If there's a way to stop this war..."

The protagonist and main character of the game. She works as a photographer, and lives in a lighthouse on the planet Hillys with her uncle Pey'j, and a group of orphans. At first she just wants to make a little money to get out of Perpetual Poverty, but she quickly gets caught up in a resistance movement, a Government Conspiracy, and an Alien Invasion. 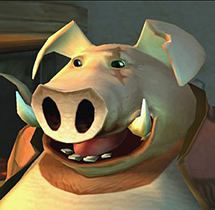 "Chilli Con Carne!"
Portrayed By: David Gasman
"Not bad for a little girl and an old ham!"

Jade's uncle, who's a Sus Sapien (an evolved pig). He works as a mechanic at the lighthouse, spending time repairing the hovercraft, or building oddball things like his prized Jet Boots. 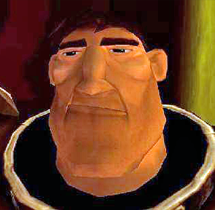 "D.B.U.T.T. Don't Break Up The Team!"
Portrayed By: Robert Burns
"[Carlson and Peeters] say it would be suicide. But I say, when the going gets tough!"

An agent/reporter for the IRIS Network. Went missing in action a while back, but becomes one of Jade's allies after she saves his life. 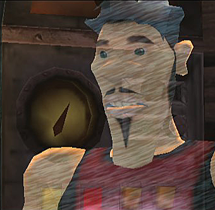 "It's been digitalized."
Portrayed By: Marc Saez
"Amigos... Secundo el Magnifico is going to show you who is the best."

Jade's little AI buddy who transfers money to her account, and digitalizes items for later use.

Fehn, Pablo, Oumi, Yoa, Kip, and Zaza are a group of six children whom Jade watches over. They are all orphans of the war against the DomZ. Jade's desire to provide for them kickstarts the plot as she takes a risky job for the sake of helping them. They eventually get kidnapped by the Alpha Sections, which drives Jade to a Heroic BSoD before coming back around to save them.

"Safe and sound in it's shell, the precious pearl is the slave of the currents."

An underground rebel organization bent on providing the unfettered truth about the war with the DomZ, and the Alpha Section's relationship with them.

"More than ever, Jade, the IRIS Network needs people like you... Help us fight the good fight."

Member of the IRIS Network, and the one who contacts Jade. He is usually the one in charge, so he might be second in command after the chief. 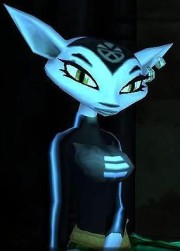 Member of the IRIS Network, who Jade is constantly in contact with.

Another IRIS member, who is in charge of broadcasting the reports.

The front man for IRIS, who works in the Akuda Bar as the master of Three Shell Monty. However, he also spends his time scouting for new talent—and signaled out Jade.

A shopkeeper in the Pedestrian District who's secretly affiliated with the IRIS Network and distributes copies of their publications.

The chief of the Hylis sector of the IRIS Network. He communications exclusively through radio contact and is so secretive that none of his fellow IRIS members know his true identity. Recently he’s been out of contact with his group for a while now, and the others are starting to worry about him. 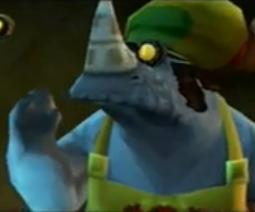 "Mammago garage, you know!
When you're mamma won't go, you know!
The Mammago Garage, and so!"

A group of (supposedly related) rhino people who work at Mammago's Garage, who all talk and act like Jamaican stereotypes. They are the only ones who accept pearls in the game, which you can use to upgrade your hovercraft or spacecraft.

The Governor of Hillys who helps out the IRIS Network, and gives out important information about the Alpha Section. 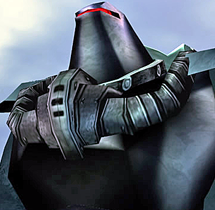 The Faceless Mooks under the command of General Kheck. They've recently converted the Nutripils factory and the Old Slaughter House into their military bases on Hillys.

"Step into my parlour, said the Spider to the Fly..."

The Supreme Commander of the Alpha Section. Appears on televisions all across Hillys reassuring the population (badly) that everything is under control.

A smarmy Hillyan News reporter/anchor who spends most of the game being a propaganda mouthpiece for the Alpha Section.

A parasitic race of aliens that have been waging war across Hillys for twenty years. They come in a large variety of shapes and sizes, and take care to abduct a planet's inhabitants alive rather than simply killing them. 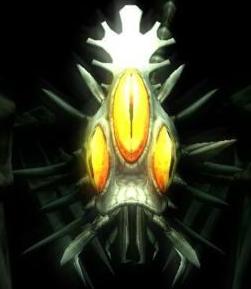 "Your friend, in exchange for your soul, Shauni..."

The apparent leader of the DomZ and the Final Boss of the game, who seems to have a specific interest in Jade. He appears as a strange squid-lobster hybrid... thing with a particularly screwed-up voice.