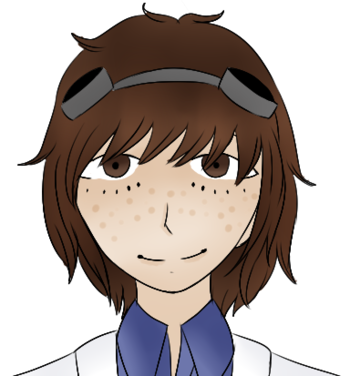 Arashi Fukui is a man you cannot describe in a word, or two for that matter. With a great number of gadgets, gizmos, widgets, and doodads under his belt, his machinations have changed lives all over the globe, be it for better or worse. He’s always had a knack for tinkering with common objects around his household as a child, a knack that soon grew into a full­blown career of sorts. If there’s anything he’s known for better than his creations, it’s his personality. While he’s rarely appeared in interviews for unspecified reasons, those whom have spoken to him personally can confirm he’s quite the odd young man. Brilliant, but odd. Though it’s rarely specified how so, and one could only wonder how he acts in person – a personality like his is one you have to see to believe…

The seventh killer, who killed Akemi in Chapter 6. 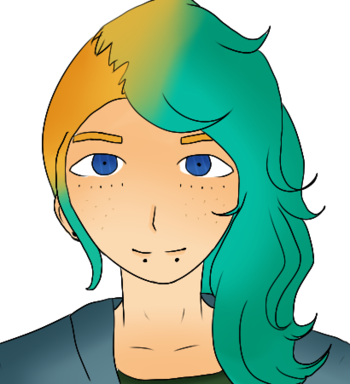 Like most teenagers and children of this era, Asa often found themself on the internet. From an early age, they were an avid forum browser, and learned a lot from those forums. One of the things they learned was coding. They picked up on it very quickly and soon learned how to deconstruct codes as well. They started using this knowledge to get into the accounts of people they didn’t like and mess with them. As word spread about what they were doing, people started paying them to do so. They soon moved on to larger projects as their skills increased, eventually shutting down and redirecting websites of major businesses. Their signature move is replacing what they removed from these websites with videos and pictures of cats overlaid with information about everything immoral the company has done.

The fourth killer, who killed Haru in Chapter 4. 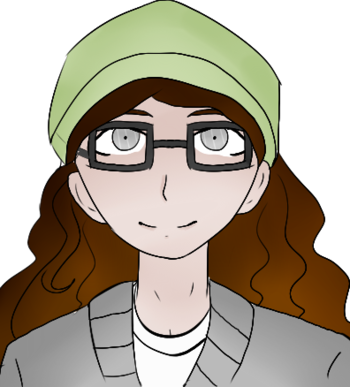 Quickly taking the art world by storm, Ayano Aizawa is a charismatic ball of energy that wouldn’t strike you as the type to enjoy such a delicate art. However, once you put her in front of a canvas, it becomes apparent just why people refer to her as the SHSL Painter. She enjoys pushing the boundaries of the medium, making wildly colorful abstract works of motion and form that seem to jump off the wall at you and grab hold of your imagination. Only 17 years old, she’s already been exhibited at art galleries across Japan and even a few overseas galleries. Her process is unique, drawing on her sound-color synesthesia to produce audio works that she then translates onto paper, painting the work in her mind before it ever makes it onto the canvas.

The fifth victim, killed by Mizuiro in Chapter 5. 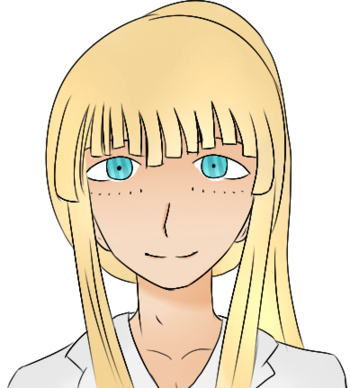 After shooting to fame with a groundbreaking study into aggression that he published at the age of 15, Haru Ikezawa has become one of the top new names in the field of behavioural psychology. Highly academic in nature, he has pioneered some of the most controversial new ideas about the brain in modern science, and apparently only wants to continue studying. Despite his vigorous work ethic, he seems to have a peaceful outlook on life.

The fourth victim, killed by Asa in Chapter 4. 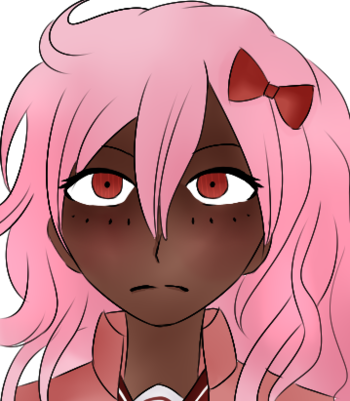 Known by derby fans only by her pseudonym, this scarlet player for the Pretty Killer Rollergirls has the biggest reputation of any player on her team. She’s known mostly for being a jammer, though she’s had no trouble being a pivot or blocker in the past either. However, a part of her fame comes from her appearance and persona, being known for constantly expressing a hot-and-cold personality that many of her fans find endearing. Her and her team’s popularity began blowing up after their part in the national roller derby tournament in their 10th year, and though they didn’t win at first they ranked very high and marked their presence in the sport. When they effortlessly won the championship the following year, their skills were even more greatly admired as the best in junior roller derby, and the main jammer who’d helped the most in their victory received a Hope’s Peak invitation as a result.

Killed by Maru shortly after the class merge in Chapter 5, for trying to attack Maru. 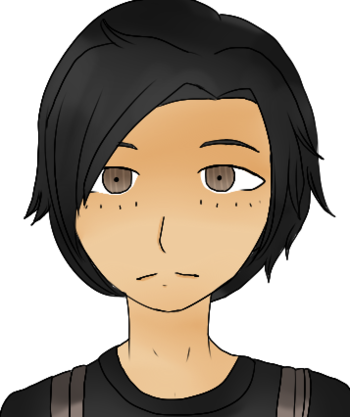 Katashi Haruyama is the son of Jiro Haruyama, head chef of renowned French restaurant Dans La Mer in Kyoto. Many in the culinary world believe that he is being groomed to inherit the restaurant when his father retires. With his no-nonsense attitude, and a bright mind for adding new twists to his father’s classic French dishes, he seems to be on the fast track to culinary superstardom.

The second victim, killed by Nobu in Chapter 2. 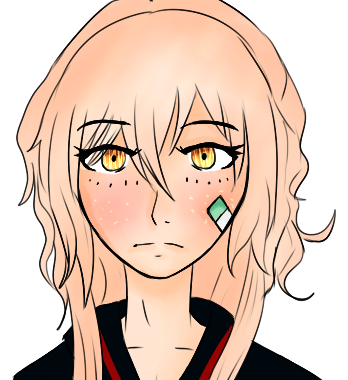 The name is familiar and well known and sometimes even feared. Kuroi ★ Hoshi. Or more personally known, Fujikawa Tsukiyama. Known for her time spent in a girls delinquent group, Koyōte as their leader. Kuroi ★ Hoshi is one feared by many her age and older in Osaka. Due to her mysterious past Kuroi ★ Hoshi has climbed to the top and earned the title of SHSL Sukeban, but not much else is known about the small delinquent.

Still alive as of Chapter 7. 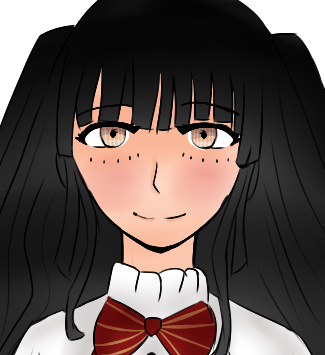 Sneaking into the fashion industry, Ming Zhu Mao burst into the scene out of nowhere. Their name was nothing, and then it was everywhere; models were strutting their designs down the runway, and magazine spreads displayed their work in many photoshoots. Elaborate, yet with a certain finesse, no would could deny that Ming Zhu was paving a new road in modern fashion with their new view.

The first culprit, who killed Louie in Chapter 1. 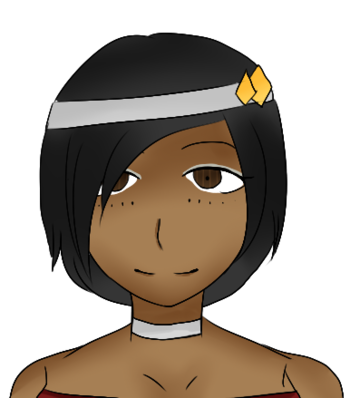 What’s the source of that vintage music that pours out in Osaka every weekend? You may acredit your snapping fingers and jiving feet to none other than Mia Thompson. Despite being the youngest member of the Barrelhouse’s band, Mia is by far one of the most requested singers in the club’s long lifetime. Known for her self-respecting image which inspires individuals to appreciate their bodies regardless of what others may say, she has an electric personality that could light up the entire town, with enough energy thrown into her singing to power even the most boring of sticks-in-the-mud to get up and jive until the early morning.

The third victim, killed by Rini in Chapter 3. 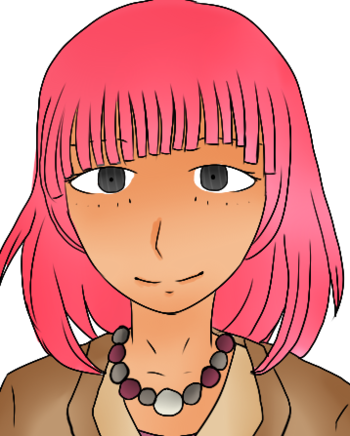 Not too much is really known about Rini, not even her full name. She’s nowhere near actually famous, only having just become an idol, and is pretty much entirely unknown at this point. How Hope’s Peak had managed to find her is a mystery along with exactly what she had done to qualify as super high school level but there is no doubt that she definitely is good, Hope’s Peak makes no mistakes.

The third culprit, who killed Mia in Chapter 3.

For information on Maru, see her entry on the character page for the first game.