Character page for Beyond Despair’s Bounds's sequel, Cinereus. For the students from the original, go here. 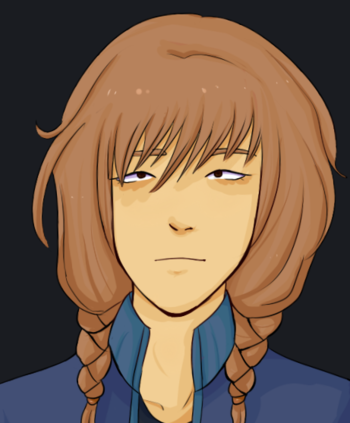 Would you like a unicorn with a tiger’s tail and head, or perhaps a serpent-like species unlike anything on Earth? Something of your very own, to boast about to all your friends? Well, the individual known as Azuki-chan is here to deliver! Boasting an impressive resume including being a millionaire (in Neopoints), playing the stock market at the tips of their fingers (the Flight Rising stock market, that is), and being an avid voice in the kemono fandom, they are a known name online and among others who share their interests. Getting their starts on the forum Fang, they created original species and sold them to an eager audience, gaining so much of a following that when the site closed, the entire community followed them as they started their own blog dedicated to their adoptables. Having a presence spanning multiple websites, and marketing both their original designs and custom crafts at affordable rates to the patrons of the sites, and being a presence at several notable fan conventions, is it any wonder that their talent was recognized by a certain renowned academy?

They are taken over — or activated — at the end of prologue to serve as the game's host. As of Chapter 2, they're still alive. 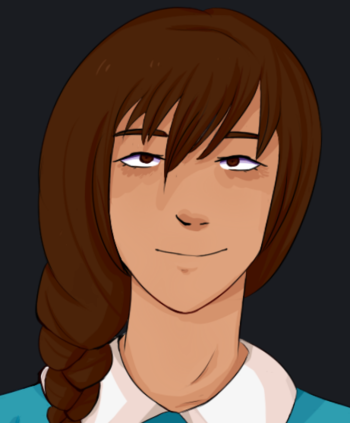 Do you need an actress to perform in My Fair Lady? Or someone to embody the Prince of Denmark in your off-the-cuff production of Hamlet? Or just someone who can take anything that’s thrown at her on stage and continue it with seamless grace? Setsuko Wakahisa sounds like the girl you want to meet! She’s been acting in stage shows for over a decade, more than half of her life, and it shows. She can do it all, from classical Shakespeare, to Broadway hits, to a brand new show written by an up and coming theater director! And she can change her technique and character to make you laugh or cry, no matter what she’s supposedly doing on that stage — that’s improv for you. Her career is filled with successes and triumphs already, and as she approaches graduation, more are sure to follow and brighten up this young actress’s future!

The killer of Chapter 1, killing Usagi by mistake after attempting to resuscitate her. She is executed in that same chapter. 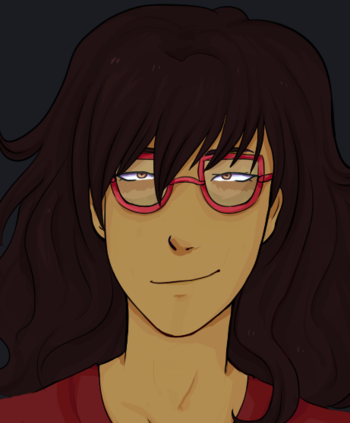 If you knew her personally, you really wouldn’t expect Takako Imai of all people to be one of the most influential bloggers in the country, especially given her attitude. Originally gaining recognition for her good looks, street photography and commentary on trends in the Harajuku area, along with her ability to modify practically anything to look good. Takako’s blog was originally set up four years ago, only becoming even the slightest bit of prominence when Takako herself was 17. Steadily gaining a following until it exploded in popularity last year after one of her liveblogs of Chanel’s, in her own words, sad and droopy new spring/summer collection. Now one of Ameba’s top-ranking bloggers, Takako is well known for her blunt and often downright harsh words on current trends and collections, many find Takako to be too rude to be anything but just an attention seeking kid, however her fans claim that her outspoken nature is part of the entertainment, her harsh words and dry sense of humour being the main source of her popularity.

Alive as of Chapter 2. 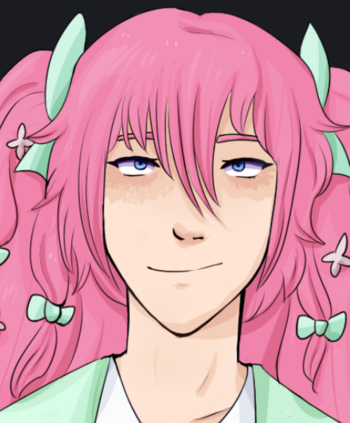 Who’s that trending on Twitter, Facebook, and Instagram? Why, it’s none other than internet sensation Usachi! Hailing from the heart of Tokyo, seventeen year old Usagi Kobayashi has swept the pixelated world with her hilarious VINE skits and her beloved selfies, ranging from your classic posed portrait to outrageously daring and bold. When she’s not busy posting online Usachi can be found out and about at the hottest hang out spots in the city, having a good time or whipping up more videos and pictures for the world to fall in love with. Her latest masterpiece, a full length commercial for Pocky snacks, has set a new standard for both the advertising industry and for the bright and rising celebrity herself. Now that she’s conquered the internet, the next place for her to grace with her presence is Hope’s Peak Academy!

The victim of Chapter 1, killed by Setsuko Wakahisa.

A bat girl who called the students together after they woke up, and gave them their NOXbooks. 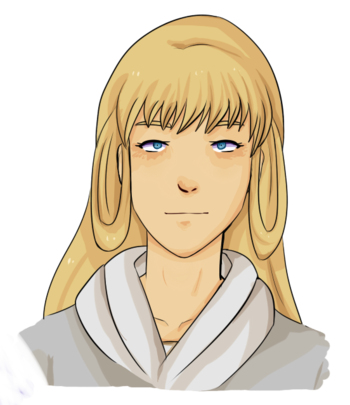 The brains behind the SHSL AI Programmer. If it weren’t for her making use of her talent to make ends meet, she could just as easily have been SHSL NEET. Afraid of the world, Canele relies on the persona of Autonomous Unit Jin Jin to be her face and voice. After her parents died she stumbled upon their research; an android body nearing the final stages of completion. All it required was a program to give it orders and a personality. Afraid of being alone, but afraid to face the world, Canele used her knowledge of coding along with research materials left by her parents to (after many failed attempts) write the code that would become Jin Aojima. When Jin was invited to Hope’s Peak, her cover was nearly blown- Forcing her to accept, under the condition that Jin could continue acting as her Proxy, and that her identity as SHSL AI Programmer could continue to remain a secret. Of course, if you’re reading this, that cover has already been blown.

Alive as of Chapter 2.