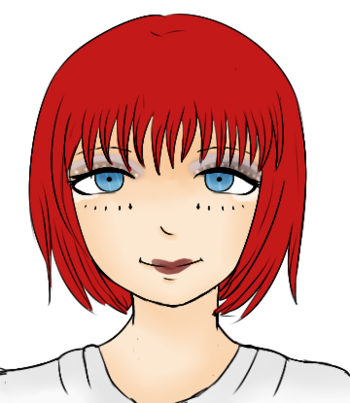 A living, breathing, art history textbook, Akae Kase is here to tell you about all the drama that went down 700 years ago and how it influenced that one painting by that one artist, and why you should totally care about it! The redhead, half Polish and half Japanese, is a loud, overly-talkative, but kind person, who loves making new friends. If you’re a nice individual, chances are Akae will like you and will go out of her way to get to know a little bit more about you. Don’t mind someone who talks at a million kilometers per second for hours and hours? Then say hi to Akae, and perhaps you’ll learn a thing or two about art and its history as well!

The sixth culprit, executed for the murders of An and Shun in Chapter 5. 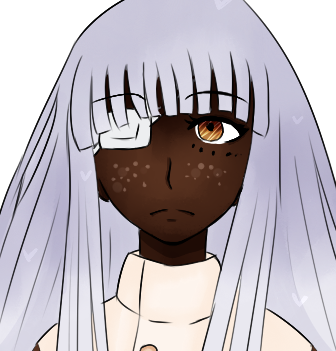 This person… who is she? Clearly she attends Hope’s Peak, but her talent is marked with three question marks. Not two, not four, but three. Well, she definitely seems to enjoy formal dress. Perhaps she’s SHSL Fashion Model? However, she definitely has not appeared in any fashion magazines. What she has, however, is appear in the local news in Tokyo, detailing the unlawful detention of one Akemi Al Amari…

The ninth victim, killed by Arashi in Chapter 6. 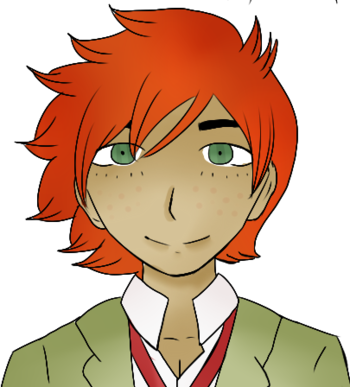 Conor Breagadoir seemed to burst out of nowhere onto the hurling scene! His schooling was pretty normal for most of his life. He went to a good, highly-rated Irish school, which taught him maths, languages, and, perhaps most importantly, hurling. There was no formal hurling class, but he learned it through recess periods, and he fell head over heels in love with the sport. In middle school, he joined the school’s hurling team, and was eventually noticed by the manager of the professional Kilkenny hurling team. He was applauded for his advanced skill — so much so that he was asked to join the Kilkenny team. Naturally, Conor accepted, since it meant money for his family, fame for his name, and hurling for his time, and he has been playing professionally ever since. Hope’s Peak Academy noticed him when Kilkenny won the 2015 All-Ireland Senior Hurling Championship, with Conor playing as the team’s full forward.

The fourth culprit, but he isn't executed for his murder of Kayo due to someone else's false confession. However, his luck doesn't last for long, and he's the seventh victim, killed by Akae in Chapter 5. 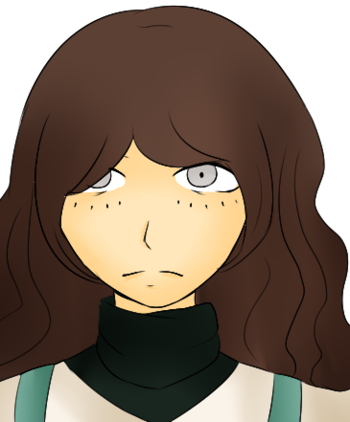 It wasn’t exactly headline news when the main person behind the concept of BlueMoon, one of the country’s most downloaded mobile organization apps was outed as being a high-school student who apparently began developing it mostly out of boredom, but it definitely was news that raised a few eyebrows. Hailing from Naka-ku, Okayama, Kayo Nagase is something of a mystery, he has engaged in several online interviews about the app and its planned updates. But with a tendency to change topic when a question gets too personal, not all that much is really known about Nagase’s personal life, only his unwavering devotion to the project and somewhat eccentric disposition. While very few of Nagase’s previously released apps seem to have ever gained much publicity, BlueMoon's overall success, along with Nagase’s passion for the project seem to be what attracted Hope’s Peak’s interest.

The fourth victim, killed by a mystery culprit (later revealed to be An) in Chapter 4. 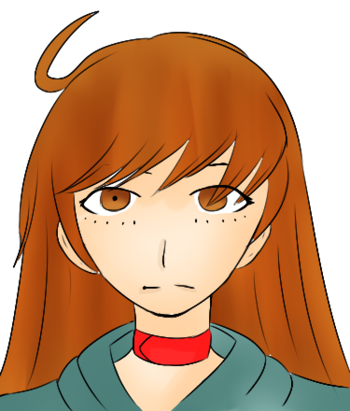 Lily Badens is a well-known makeup artist around UK, and that’s an accomplishment on its own, especially with being a teenager! She has been involved in being parts of makeup teams and even going solo for prepping the many actors and actresses for their bigtime theater shows in Europe. Even in the bright spotlight, her talent as a makeup artist shines through; creating silhouettes and imagery that only could have been imagined and never applied onstage. Currently she is working alongside Japanese and English theater productions to bring Western plays into Japan, with her talent being the selling point of these theater productions.

The second victim, killed by Valentino in Chapter 2. 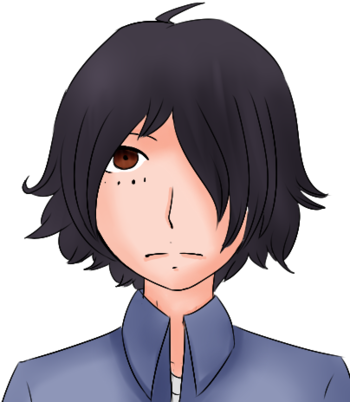 As an employee of a cleaning outsourcing business managed by his grandparents, Mitsuki Arai has taken on a wide variety of janitorial jobs and performed them with efficiency far beyond that expected of a mere high school student, let alone the average adult in his field. His uncanny ability to eliminate even the most daunting of messes in a fraction of the time it would have taken most anyone else quickly made his grandparents’ business one of the best-known in Kitakyushu, as clients from all walks of life sought out his cleaning talents. Eventually, rumors of the unusually talented young janitor caught the attention of Hope’s Peak Academy, who wasted no time in sending Mitsuki an invitation to the school after learning of his stellar work history. Very little is known about Mitsuki beyond said work history, and judging by his general reluctance to share much in the way of personal information, he prefers to keep it that way.

Assists Shirou in killing Kumi during Chapter 7, although this fact is never uncovered by the class. Survives to the endgame. 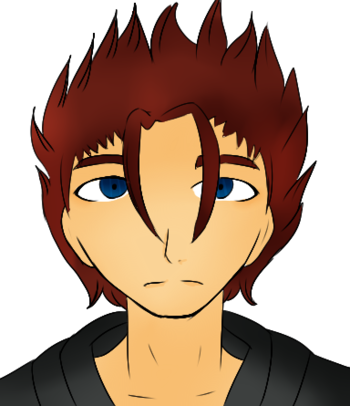 Half British, half Japanese, Mizuiro (Mitchel) Ren is the SHSL Springboard Diver at Hope’s Peak Academy. First noticed at the age of 10 when he placed first at a diving competition in Australia, he continues to take time off from school to compete internationally. Currently of 19 years of age, he can typically be found working at the HPA Pool with Daiki Kageyama and Suzuka Sawamura.

The fifth culprit, executed for the murders of Ayano and Artie in Chapter 5. 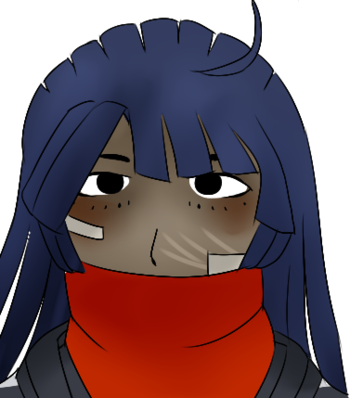 Ever feel like befriending a tall, aloof guy who loves to hug people? Well, now it’s possible with Valentino in the house! As a gondola rower from Venice, Valentino has terrific balance, co-ordination and a wonderful singing voice - although his sluggish movement and general laziness often overshadow his good points. Patient enough to rival a saint, he might forget others do not quite appreciate his slow, monotone speech or minimal emotion, but it hasn’t hindered him so far. Doesn’t stop him from sassing people, either.

The second culprit, executed for the murder of Lily in Chapter 2. 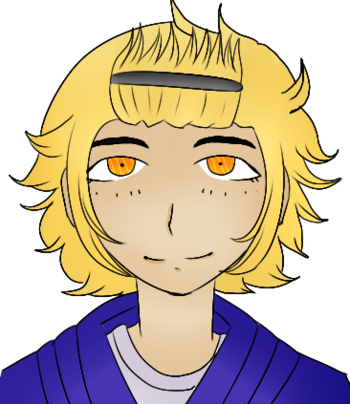 Nothing will ever cut down Yuudai in a competition! Initially unknown to the public, the name of Yuudai Akiyama rose quickly in a small school, and then expanded to the media who then focused on the small boy who always reached the top. Originally from a village, the blond was known for rarely staying indoors. Yuudai would run anywhere as he was free to go, with fierce determination. Was he ever tired of running? No, never! This very same determination ensured a place for the boy in school competitions; this is also where he took the specialty only in long distance running. In such short while, he easily reached the first place and managed to break every single record he himself surpassed all the time. Despite, or maybe because of, his short height, Yuudai quickly made a name for himself in the news. In addition of the recognition he gained, some people noted that the boy was far from… Well, kind. Wherever he has malicious intents or not is unknown to this day; and it did not stain his reputation as a star runner, despite the childish air radiating from the boy.

The third culprit, executed for the murder of Charger in Chapter 3.

For information on Kumi, see the character page for the first game.