Characters appearing in the Bernice Summerfield franchise. Please note this is part of the Whoniverse. 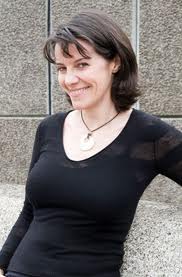 Bernice Summerfield hails from the 26th century, established in the Whoniverse as a Space Opera setting. She was companion to the Seventh and (briefly) Eighth Doctors before spinning off into her own series. Best friends with Ace when they travel together. Started out in the Virgin New Adventures novels and got her own Big Finish audio spinoff (among many, many other things). 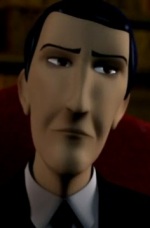 Another Time Lord, strongly implied to be the Doctor's brother. (Rumor has it that this was confirmed by the writers at a con, in fact.) He has an archive/museum/gallery of everything, which he keeps on a private planet. First mentioned in a throwaway line in the 1979 TV serial "City of Death". Used to be a neutral Mr. Exposition who'd send Bernice Summerfield off on adventures, but has been steadily getting more and more evil following certain plot developments in Gallifrey, where he's also a main cast member. Braxiatel's timeline in general is all sorts of screwed up and tends to involve alternate universes to boot. 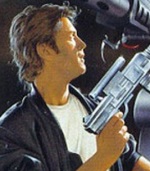 Temporally-displaced former teenage runaway from the 1990's and intermittent street hustler / sex worker. Briefly and acrimoniously married to Bernice Summerfield, divorced almost immediately afterwards, and dating her most of the time since then. Works in security at the Braxiatel Collection, and as a xenopornography writer pretty much everywhere else. Peter's adoptive father.

Adrian is a Killoran: a seven-foot-tall alien that looks like a wolf/ape hybrid. He's head of construction at the Braxiatel Collection, and Peter's father.

Originally a one-off character from the Seventh Doctor audio "The Genocide Machine", Bev came back again... and again... and again. She was a member of an illegal salvage team, eventually met the Master, hung out with Seven and Ace for a bit, and crossed in and out of Bernice Summerfield's stories with great frequency.