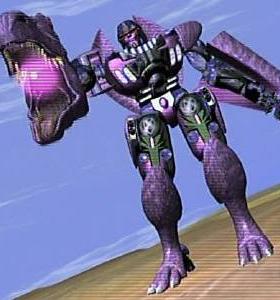 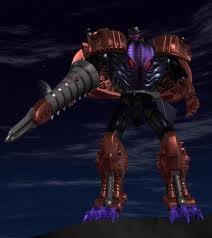 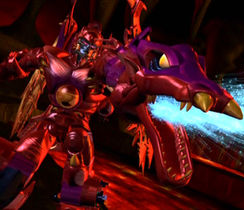 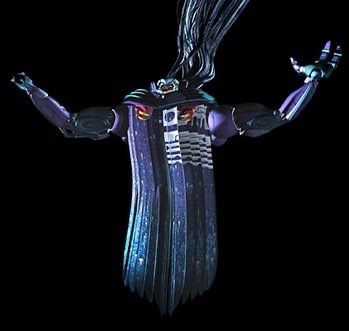 "Megatron does not yield! HE CONQUERS!"
A smooth, calculating, Machiavellian mastermind, Megatron seeks to avenge the defeat of his ancient namesake and restore the Predacons to glory — with himself at the top of the pyramid, of course. Anyone who stands in his way or questions his method is to be eliminated regardless of faction.

He is not the original Megatron but a Legacy Character who was inspired by the G1 version and took his name for himself, making G1 the only verse that has two Megatrons.

If you want to know how he would describe himself, go to this page.