Characters / Be My Princess 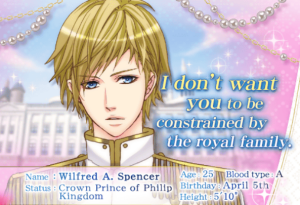 The crown prince of Philip Kingdom.

"I won't live my life in my grandfather's shadow." 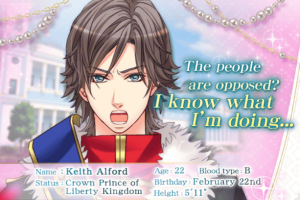 The crown prince of Liberty Kingdom.

A famous actress from Liberty, and the daughter of one of that kingdom's senators.

Luke's grandfather, and the head butler to the royal family of Liberty. 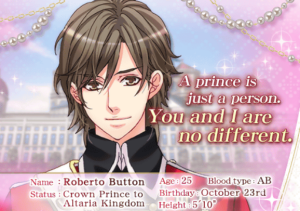 The crown prince of Altaria Kingdom.

"You worry too much. Let's have some fun!" 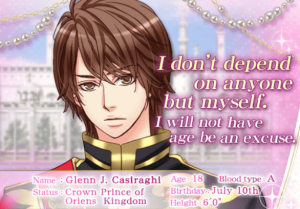 The crown prince of Oriens Kingdom.

"It doesn't matter who I marry. Girls are all the same." 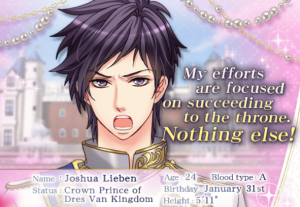 "You can't imagine the pressure I'm under as a prince." 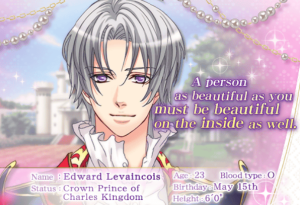 The crown prince of Charles Kingdom.

"If you have any concerns, please do not hesitate to speak with me."

"The battlefield has no use for a woman. I am the one who will unify Sanct Sybil."

One of two potential heirs to the throne of Sanct Sybil, not yet a fully unified or internationally recognized nation during the time period of the first game.

"I've got a country to rule. Who needs love?"

Prince of Nerwan, a country which was formerly part of Dres Van. The two nations still have quite a bit of bad blood between them, and that extends to the relations between their royal families, causing Leo to present himself as a rival to Joshua.